Cannabis consumers often avoid CBD isolate, but it may be more appropriate for some patients than other cannabinoids.

First and foremost, by using a CBD isolate you’ll avoid any issues with THC, the only intoxicating compound found in cannabis. THC, for some, is undesirable. Although it does have many potential medicinal benefits that are currently being researched, it also delivers a powerful high. This may not be ideal for certain situations and patients.

With CBD isolates, on the other hand, there’s absolutely no risk of intoxication. It’s one of the purest, cleanest extractions available, with some reaching up to ninety nine percent purity. It’s simple and easy to dose — even for those relying on large doses.

You may want to add CBD isolate into your cannabis protocol to help mitigate the effects of a THC-rich product. It’s well established by now that CBD can help reduce the adverse experiences of a powerful THC high. In medicine, CBD works hard to reduce these side effects and can may improve the medicinal value of cannabis through the entourage effect.

CBD isolate itself may have significant applications for your health and wellness, including addressing the symptoms of certain conditions. Slowly we are building a substantial picture of what this cannabinoid can do. Here are a few of the most notable: 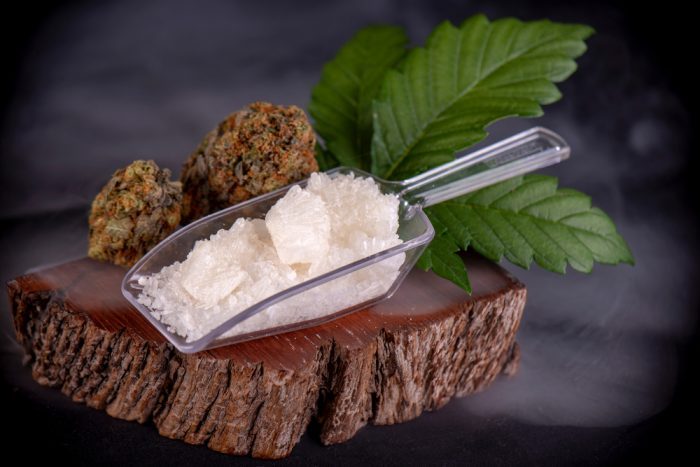 Opioid manufacturers are paying billion-dollar settlements for their part in the opioid crisis, an indication of how widespread the opioid crisis has become. In Canada, the crisis currently leads to over 4,000 deaths a year. Cannabis, which is also an established pain killer, may be the answer.

In every state where cannabis legislation has rolled out, opioid overdose and prescriptions have reduced. When it comes to CBD isolate, many find it an effective pain reliever. There is also growing evidence that CBD may help reduce drug-seeking behavior, reduce the side effects of withdrawal, and may even prevent relapse. All of which would be helpful for opioid-related addiction.

North America has a rising rate of diabetes, thanks in part to our high sugar and high-carbohydrate diet. Could cannabis, and specifically CBD isolate, help regulate the effects of this metabolic disease? There are early suggestions that it might. 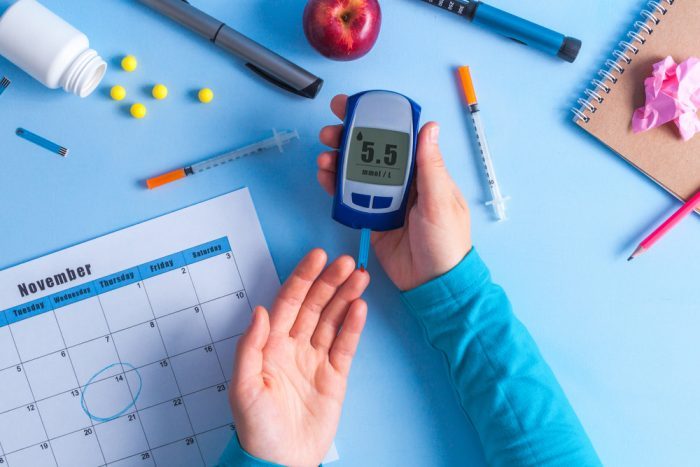 Right now, researchers are exploring CBD for diabetic-related complications, like diabetic retinopathy, which is an affliction of the eyes. This complication arises when there is a blood-retinal-breakdown (BRB). A recent paper concluded, “CBD treatment reduces neurotoxicity, inflammation, and BRB breakdown in diabetic animals.”

RELATED  Why Sharing Cannabis Medicine with Pets is a Bad Idea

Other research has explored the role of inflammation and oxidative stress in diabetes (including complications), which are both issues CBD is known to positively affect. In an animal study, CBD also appeared to reduce the development of diabetes in non-diabetic mice. Overall, these studies strongly suggest CBD isolates could have a future in diabetic treatment.

Most of the research on CBD for cancer remains within a petri dish, or sometimes in animal studies. But still, the preliminary work shows us CBD may be beneficial in the treatment of many different types of cancer, including breast, glioma, Leukaemia, lung, thyroid, colon, and more.

In these early explorations CBD encouraged cell-suicide of cancer cells (in vitro), reduced tumor growth (in vitro and in vivo), and prevented metastasis.

If CBD isolates are famous for any single application, it’s for the ability to reduce the severity and frequency of seizures. It’s especially useful in situations of intractable childhood epilepsy. Thanks to the advocacy of passionate parents around the world, children in many states now have access to CBD-rich products for rare forms of epilepsy like Lennox-Gastaut syndrome, and Dravet Syndrome.

Epidiolex is the first cannabis-derived pharmaceutical in the USA to get approved by the Food and Drug Administration(FDA). It’s validation that CBD is a potent anti-seizure compound. 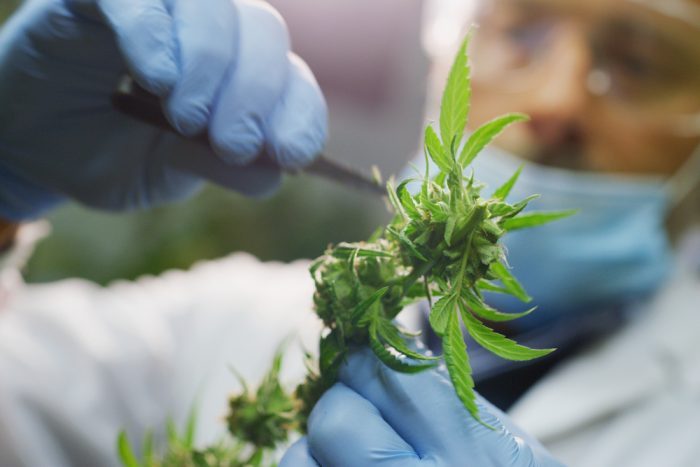 Right behind CBD’s proven ability to treat intractable childhood epilepsy, cannabidiol is also popular for its ability to reduce anxiety. Any story discussing the science behind CBD isolate for anxiety always mentions a study done in Brazil. Researchers subjected participants with social anxiety disorder to a simulated speech.

Before the speech, one group received a dose of CBD. Following the speech — using physical and self-reported measurements — researchers analyzed their experience of anxiety. Those who received the CBD experienced significantly lower anxiety levels. Anxiety is also consistently one of the top reported reasons for using CBD.

A study performed in Israel from early 2019 researched a CBD-rich extract as a treatment for the symptoms of autistic spectrum disorder. Over a six-month monitoring period, roughly eighty percent of the study participants experienced moderate to a significant reduction in ASD symptoms. ASD is often associated with other medical conditions, like high anxiety, which may also benefit from a dose of CBD.

As reported in a survey of patients already using CBD, arthritis (and joint pain) was the second most prevalent medical condition treated. While most researchers agree cannabis — especially CBD — are potent anti-inflammatories, there are few advanced phase trials on CBD for arthritis specifically. However, the early research is positive and the popularity of CBD isolate for arthritis pain says a lot about its value

In a study using CBD for a mouse-model of arthritis, CBD in a mid-range dose proved extremely effective of reducing the molecular triggers for joint inflammation. In another animal study, this time using rats with osteoarthritis, localized CBD injections helped reduce pain and  inflammation.

If you’ve noticed more CBD popping up at your supplement store, you aren’t alone. CBD for sports recovery run the gamut of products, including isolates mixed into post-workout drinks, topicals for muscle soreness, and extracts for sports injuries. 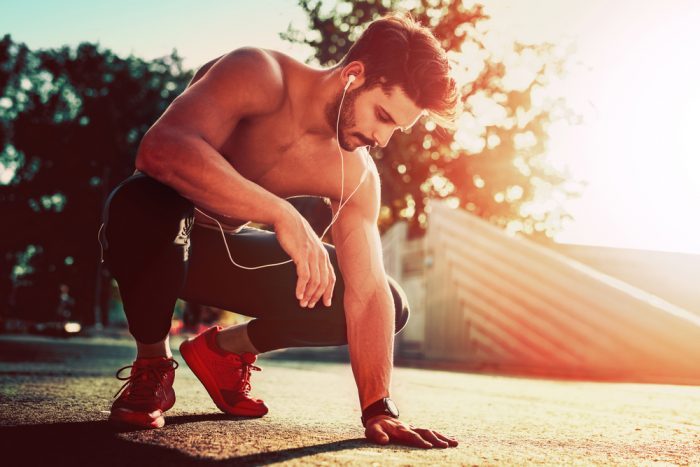 Recovery in sports is all about managing the inflammation which comes after exertion. Without a healthy recovery, athletes would never maintain peak performance, or improve their performance. Considering CBD reduces inflammation, it makes sense why so many CBD companies are targeting sports.

In the U.S. alone, close to three million people suffer from a traumatic brain injury (TBI) every year. If you have ever had a concussion, you know just how difficult it can be to resume daily life.

The protective and rejuvenating qualities of CBD were noted by the Proceedings of the National Academy of Sciences as far back as 1998. They examined both THC and CBD but found CBD to have higher protective qualities against oxidative neurological disorders such as cerebral ischemia.

There are significant studies from the last decade, like this one on brain injuries that make a strong argument for cannabinoids, like CBD isolate, for the treatment of TBI. The NHL is even getting involved in the research. 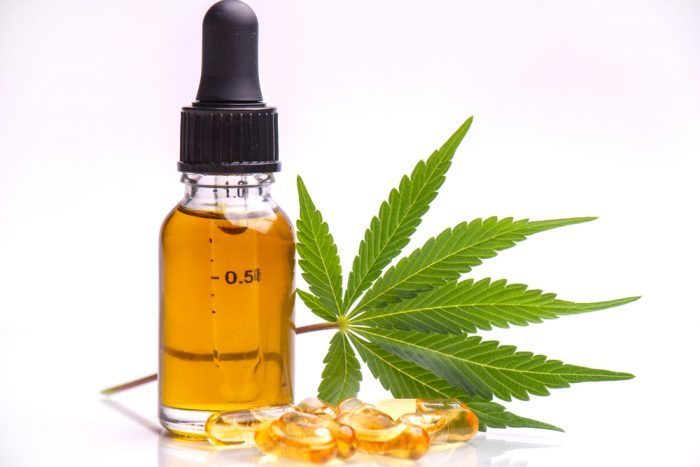 CBD isolate may help reduce the frequency and severity of the symptoms associated with PTSD. Excitingly human trials are coming soon for for CBD and PTSD.

In a review outlining what we know thus far, CBD was discussed as being effective at reduce stress and anxiety. It also “enhanced consolidation of explicit fear extinction.” In a well-documented case study of a young girl with PTSD, CBD “maintained a decrease in anxiety and a steady improvement in the quality and quantity of the patient’s sleep” over a five-month period.

To sum up, the above ten reasons are just the tip of the iceberg. The more we find out about the endocannabinoid system, and the more we know about cannabinoids — the more medicinal benefits become apparent.

From mood disorders to pain and inflammation to neuroprotection, cannabinoids like CBD isolate products, help return the endocannabinoid to a state of balance. It’s very likely these natural compounds will become a key component of medicine in the future.