1930: What Was Cannabis up to BEFORE Reefer Madness?

Seven ways citizens from the 1930s knew more about cannabis than you.

In the United States, cannabis medicine was labeled, by law, as a poison as early as 1906. Prohibition movements began in the 1920s and by the mid 1930s, cannabis was legal in every state.  It was then outlawed for consumption of any kind with the passage of the Controlled Substances Act of 1970.

Up to this time, use of the plant in a variety of medicinal and recreational forms was commonplace. But what were its uses? How did people in 1930s America use cannabis? You’ll recognize some of its functions, but others may seem right out of the blue.

Tea Pad Was Another Name for Cannabis Lounge in the 1930s

Passing a joint around a circle is by no means a modern invention. “Tea Pads” of 1920s/1930s Harlem took inspiration from jazz culture. In the public’s eyes at that time these “Tea Pads” were an innocent and less addictive place than an opium den. Rooms consisting of cozy sofas and chairs hosted anyone who wanted to share a good blaze with others while listening to music.

These were by no means the first ever smoke rooms. French writers and intellects of the 1840s, including Dumas and Baudelaire, began Le Club des Hashishins to enjoy cannabis and there were likely several undocumented others before then.

While you may generally associate bunions and corns with your granny’s feet, these uncomfortable foot ailments affect all ages of people. And back in the 1930s, cannabis was a common treatment for them.

In modern times, we still use cannabis creams to treat the pain and inflammation that accompanies these foot conditions. Cannabis also has antibacterial properties that can treat psoriasis and eczema. 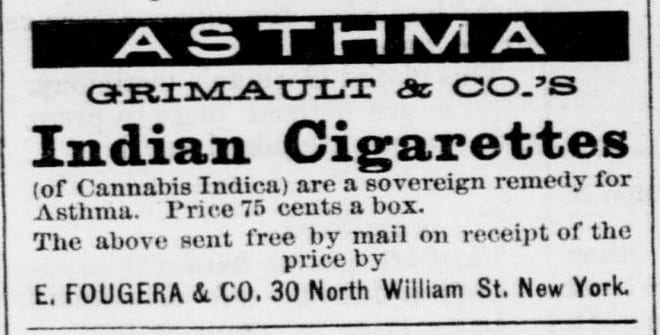 It may seem counterintuitive to smoke in order to help your asthma, but in the early twentieth century ‘Indian Cigarettes’ by Grimault Corporation were on sale as an asthma treatment. While there may be a lot of issues with with this treatment, Grimault may have been onto something.

A study conducted in Israel suggests some cannabinoids have the ability to reduce the inflammation caused by asthma. Of course, we don’t recommend smoking cannabis to treat lung disease, but tinctures and oils could certainly help.

One of the strangest uses for medical cannabis is its treatment of gonorrhea. Wm. S. Merrell of Ohio produced a range of medical cannabis products, some of which included licorice and orange peel. While it sounds like a sweet smelling medicine, the product, Bromo-Chloral, also contained the potent sedative and hypnotic chemical called chloral hydrate. Additionally, it doesn’t appear that cannabis actually can treat gonorrhea, but merely relieved symptoms. Cannabis was the go to medicine before the prominence of sulfur drugs and penicillin. We’d recommend sticking with modern medical treatments for this sexually transmitted disease.

Similarly to gonorrhea, there’s actually no proof that cannabis can treat UTIs. That didn’t stop physicians from recommending its consumption for UTIs in the 1930s. Back then cannabis tinctures were the treatment for this – as well as many other conditions in the genital region.

Women’s Issues in the 1930s Erased by Cannabis

Those pesky women – always complaining of PMS, stomach pain, ‘nervous depression’, melancholia, hysteria, and tormenting society with their overactive sex drives. Fortunately, cannabis in the form of Lloyd Specific Medicine can help! Cannabis could cure really any problem that made women ‘crazy’ back in the 1930s in the form of this brand tincture. At least they got the treatment for PMS and depression right… 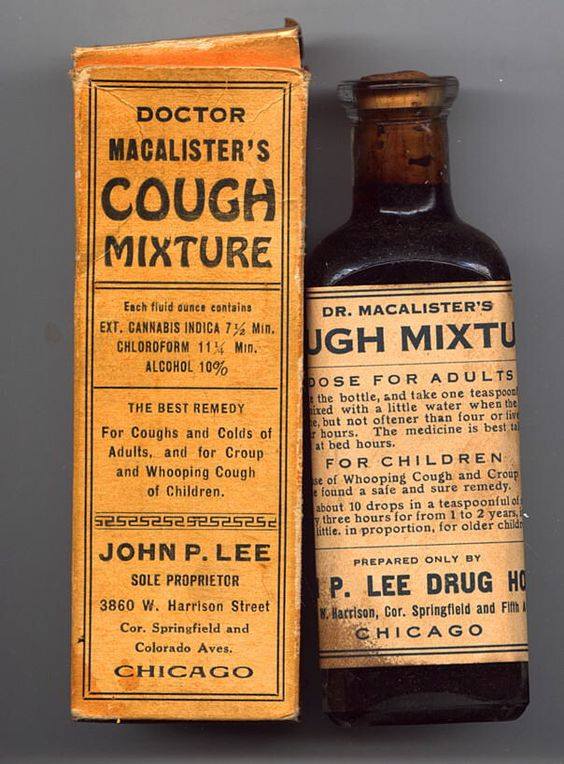 Sedative and Antispasmodic Properties of Cannabis

This may be the one use for cannabis of which most people are familiar today. Eli Lilly and Company created a Cannabis Fluid Extract, its use was as a narcotic, sedative, or antispasmodic. However this extract is no laughing matter. Being eighty percent alcohol, their Cannabis Fluid Extract was labeled as a poison. You certainly can’t find anything like it today, but cannabis is still viewed as an effective antispasmodic for those who suffer seizures. It’s sedation qualities are also well established.

While they may not have completely harnessed the medicinal prowess of cannabis, people of 1930s America really did know how to appreciate cannabis.

Tell Us How You Talk To Your Kid About Cannabis