When pollution mucks up the endocannabinoid system, illness sets in. Cannabis can help.

An article published in The Guardian last month revealed the results of a study that finally uncovered the primary causes of disease. According to their results, air pollution in modern metropolitan society negatively affects every organ of the body. Of course, we know of something else that affects every organ too: cannabis. Fortunately, cannabis’s effects are beneficial.

Concerns of the dangers of air pollution are nothing new. In October 2018, WHO declared a global public health emergency. They insist that pollution is the “new tobacco”, and urged world leaders to take action. This new study follows up on WHO’s concerns, and sought to uncover the full extent of risk. And guys, it doesn’t look good.

The Guardian article succinctly sums up the findings of the review: “The research shows head-to-toe harm, from heart and lung disease to diabetes and dementia, and from liver problems and bladder cancer to brittle bones and damaged skin. Fertility, foetuses and children are also affected by toxic air”.

Clearly the slow pace of global “green actions” are not enough. Sixteen year old Greta Thunberg knows this, and the rise in chronic illnesses speak to this as well. This study proves that pollution is at least partially responsible for the uptick in causes of disease. But could hemp and cannabis bring the solution? Maybe, and in more ways than one. 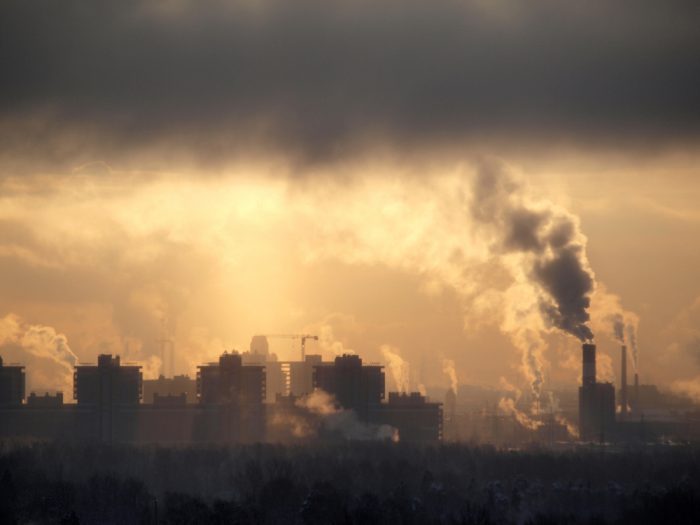 Causes of Disease: Chronic Inflammation and the Lungs

Treating inflammation is one of cannabis’s most important contributions to healthcare. As The Guardian notes, “The systemic damage is the result of pollutants causing inflammation that then floods through the body and ultrafine particles being carried around the body by the bloodstream.” These pass first through the lungs.

It’s hardly surprising, then, that excessive inflammation causes asthma. As Dragana Komnenov explored, “Asthma prevalence has increased over the past two decades.” This is directly correlated with rising pollution.

Fortunately, increasing research shows cannabis inhalers may be a positive alternative treatment. THC is an anti-inflammatory agent that works as a bronchodilator. Unlike corticosteroids that are conventionally used to treat asthma, prolonged THC consumption doesn’t have any adverse side effects.

But, cannabis can help. CBD interact with CB2 receptors, which are directly linked to inflammation control. This, in turn, is linked to irritable bowel disease, multiple sclerosis, Alzheimer’s and dementia, ALS, heart disease, and arthritis, among others. These diseases may be a result of the body failing to naturally trigger CB2. When CB2 receptors have not been properly stimulated, these send out cytokines to kick start inflammatory response.

However, when CBD – or the cannabis terpene beta-caryophyllene – connects with the CB2 receptors, cytokine broadcasting stops. Moreover, neither of these compounds, CBD or beta-caryophyllene, connect to the intoxicating CB1 receptor that THC triggers. In other words, you’re getting anti-inflammatory response to combat the effects of pollution without the “high” that society has used to stigmatize cannabis. 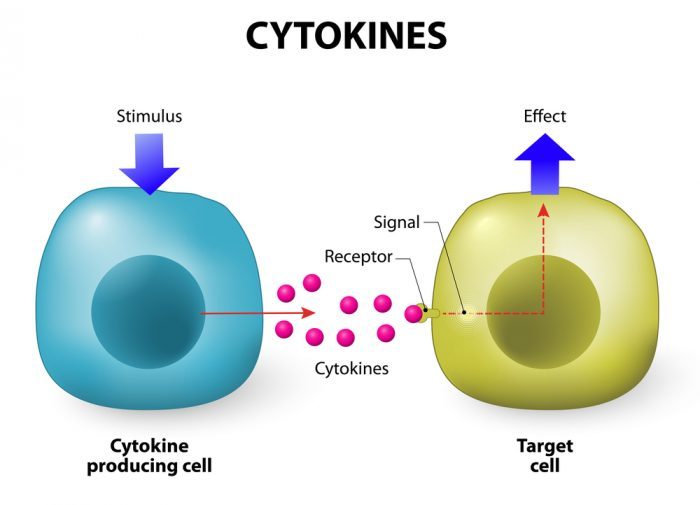 Causes of Disease Related to Pollutants

Researchers in this review suggest that pollutants, according to The Guardian, increase “risk of heart attacks as arteries narrow and muscles weaken.” In a society that already deals with myriad heart attack risks (obesity being just one), this is no small thing. Fortunately, cannabis has been shown to potentially manage the cause of heart attacks.

Have you ever seen an obese cannabis patient? While they do exist, of course, that may be more due to excessively unhealthy diets, genetic disposition, and bone structure, which cannabis cannot combat. For most cases, however, cannabis has the power to battle obesity and assist in weight loss. This, in turn, lowers a patients’ risk of heart attack. Moreover, cannabis can help those who have experienced the “widow maker” heart attack to recover – filmmaker Kevin Smith is the most famous example of that.

Sadly, the list of pollution as one of the primary causes of disease goes on. From lung cancer and bladder cancer, to low intelligence and dementia and memory loss, irritable bowel disease and strokes, reduced fertility and reduced fetal development and increased chance of miscarriage, pollution affects literally every part of your well-being.

Perhaps the most alarming is the way that pollution negatively affects the liver. Remember, the liver is what removes toxins from the body. With the popularity of alcohol as a recreational substance, the liver is already under attack. Protecting this organ is critical to the complete, healthy functioning of the body and stopping pollutants in their tracks.

A Trip to the Country – Cannabis Style

Researchers suggested that concerned individuals escape to the country or seaside as often as possible. It may seem like a Victorian method of cure, straight from a Henry James novel, but in reality, giving your body a much needed break from pollutants is sorely needed.

If you’re not a big camper, even a trip to the beach or for a wooded walk once a week (why not with some edibles) may be a great way to prevent serious damage. But ideally, you’d be able to get away for a couple days a month to give your body that cleanse. 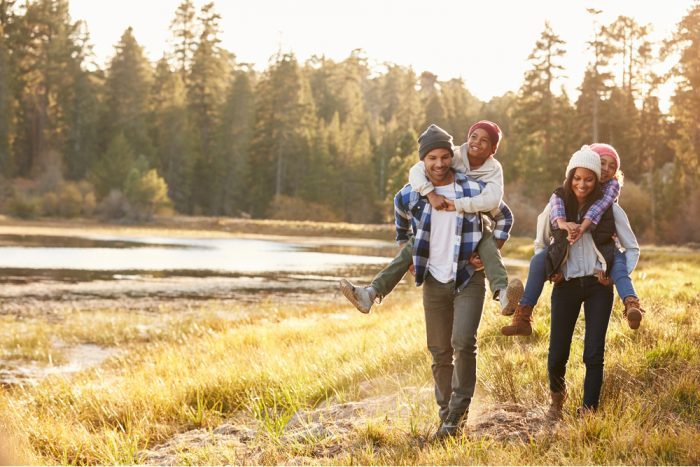 What Can We do to Stay Healthy?

So here’s the big question – what can we do? Clearly this is larger than just a health concern. The rise in pollution is a symptom of an overall trend in climate crises, affecting humans, plants, and animals. Fortunately, you can bring your cannabis advocacy in for the win.

For one, why not mix up how you consume cannabis? While smoking a joint is hardly going to make or break the pollution crisis, every little bit counts. Switching to oils or edibles could be a minor way to cut back on pollution.

But more than that, we need sustainable options. And hemp may be the answer.

Hemp is incredible. As Guilio Sica notes, “The fact that hemp does not need to have land cleared to grow it, grows faster than any of the crops currently used and leaves the ground in a better state when it is harvested should surely be enough for it to be considered a perfect crop to offset the carbon currently produced by fossil fuels”.

RELATED  Endocannabinoid Receptors and How They Work In Your Body

The switch to cellulosic ethanol, or fuel made from hemp fibre, could reduce greenhouse gas emissions by as much as 86 percent. That’s a big deal. And what would you rather be breathing in? Emissions from diesel and petrol vehicles, ripping around the streets, or emissions from a plant that has become known as one of the world’s greatest natural medicines? 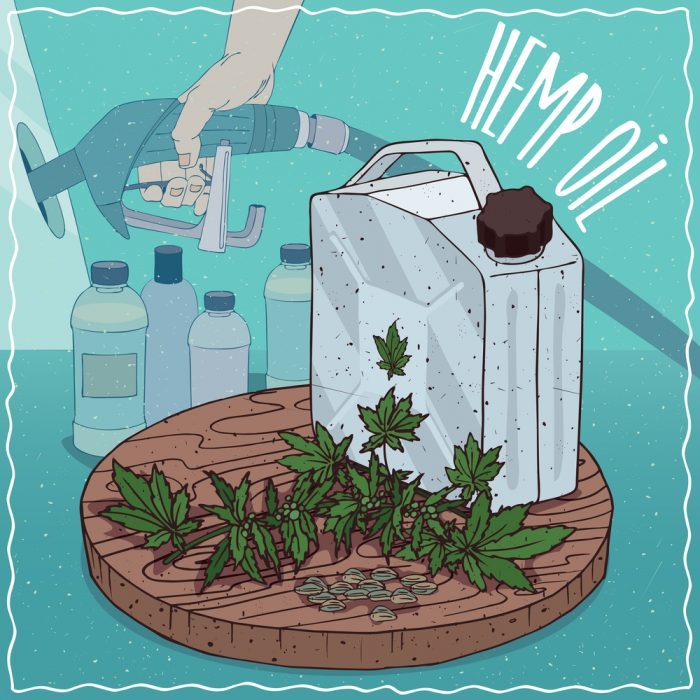 Why Aren’t We Making the Switch?

And yet, we continue to use petrol. Its only setback? It isn’t economically competitive. But supply and demand is king, and should consumers push for hemp fuel as an option, surely that issue would disappear. We know that hemp fuel is a viable solution. But the world leaders who can make that decision are concerned more about their bottom line than the health of the planet and its lifeforms.

Of course there will also be those who argue against its efficacy. Hemp fuel requires 1.5 units to every 1 unit of petrol. But, once again, let’s go back to its lower emissions both during production and while fueling vehicles.

And that brings us back to the question – what can we do as individuals? If the cannabis movements thriving and growing across the globe have taught us anything, it’s that we can accomplish the seemingly impossible if we join together. We can break down the stigma that plagued this plant, and have already done so to a great extent in just a few short years. Protest, write to your politicians, boycott big fossil fuel agencies – these community actions can make a big difference. It’s time to turn our attention, and cannabis’s uses, to save something greater than ourselves and protect our access to our medicine in the process.