Despite its official stance, the American government has been quietly financing cannabis research in Israel for decades.

Although the federal government maintains that cannabis is a schedule I narcotic with no medicinal benefit, U.S. tax dollars (and many more private dollars) have been bankrolling medical cannabis research for years. Except not on American soil, in Israel.

If that sounds like pure hypocrisy, it definitely is.

But it’s also may be one of the smartest moves the United States has made in regards to cannabis policy (as depressing as that is). Despite the acknowledged position of the American Medical Association and a great many pro-cannabis states, politicians at the federal level are still wary of openly advocating for research into cannabis.

So instead of buckling down and doing the hard work, America opened its regular playbook and decided to pay foreigners to do the work it doesn’t want to do itself. 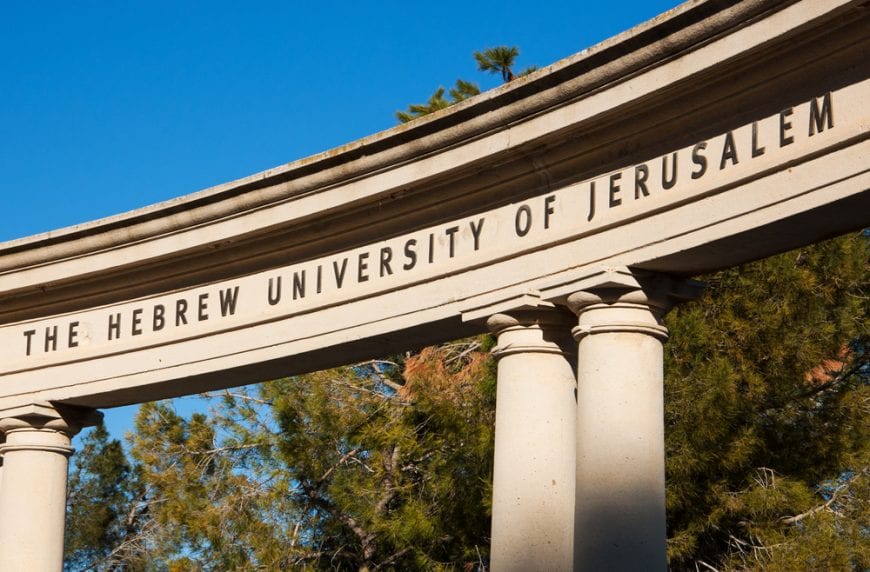 It All Started With One Worried Parent

Back in the 1960s, Israel was one of three countries in the world with a government-sponsored cannabis program.  And it was 1963 when an eager, cannabis-passionate Israeli researcher at Hebrew University sought a grant from the NIH. He was originally turned down because “marijuana was not an American problem.”

(It is interesting to note that this young researcher was none other than Raphael Mechoulam, who would go on to be lauded as the ‘Father of Cannabis.’)

One year after Mechoulam’s  request, a United States senator caught his son using ‘drugs’ and called the young researcher back. The distraught senator promised to fund any work if Mechoulam could explain what cannabis might be doing to his boy’s brain. It seems that the U.S. had no data on this, which was ultimately an embarrassment for the NIH.

So begins half a century of funding medical research into a narcotic with no medicinal value.

Cannabis Has No Medicinal Value?

Thus, the U.S. National Institutes of Health got involved in the cannabis research business. A world of shady financing deals was born. Mechoulam and his team were given $100,000 every year for the next 50 so that they could continue research into cannabis medicine.

(Side note: no one has ever released the name of the senator who bravely chose to ignore a significant public health issue until it happened in his own home. It’s a shame, too, because he may have done as much for sick Americans as any politician in history.)

One caveat: the US does allow some American cannabis research to take place within its borders. Approval is just very, very unlikely. If you’re a willing and able researcher hoping to unlock cannabis’ potential to treat cancer, for example, you’ll need to get approval from the Food and Drug Administration, the Drug Enforcement Agency, and the National Institute on Drug Abuse. And that’s just from the Feds.

You’ll also have to go through the usual research processes, such as institutional review boards, funding sources, etc. as well. Then, if you finally secure enough signatures to begin research, you can only conduct your work using cannabis from one farm. This happens to be located at the University of Mississippi and is overseen by the National Institute on Drug Abuse. In the end, it’s probably just easier to move to Canada.

Back to Israel. Following the initial 1964 deal, that NIH funding to Israeli went on until 2010. That was when Mechoulam stopped applying for these grants.

In exchange for the money, the U.S. has reaped the benefit of knowing, beyond a shadow of a doubt, that its medicinal cannabis policy is completely wrong. The Israeli researcher in this tale went on to make a myriad of discoveries, including the existence of an endocannabinoid system in the human body, which has a hand in nearly every bodily function (and dysfunction).

RELATED  Getting Fired For Smoking Weed After Work Hours

Mechoulam’s work has helped doctors across the globe treat 147 million people with medical cannabis for ailments as varied as AIDS, Crohn’s disease, cancer, Parkinson’s and multiple sclerosis. Not to mention sleep disorders, anxiety, pain relief — and the list goes on.

Why Did They Stop Funding Mechoulam?

The reason that Dr. Mechoulam isn’t applying for U.S. government grants these days is that private companies now support his work. That would be private, ‘pharmaceutical companies’. That’s right. The same Big Pharma that opposes cannabis legalization in the U.S. is subsidizing research in the Middle East. It’s a funny, self-serving world, isn’t it? 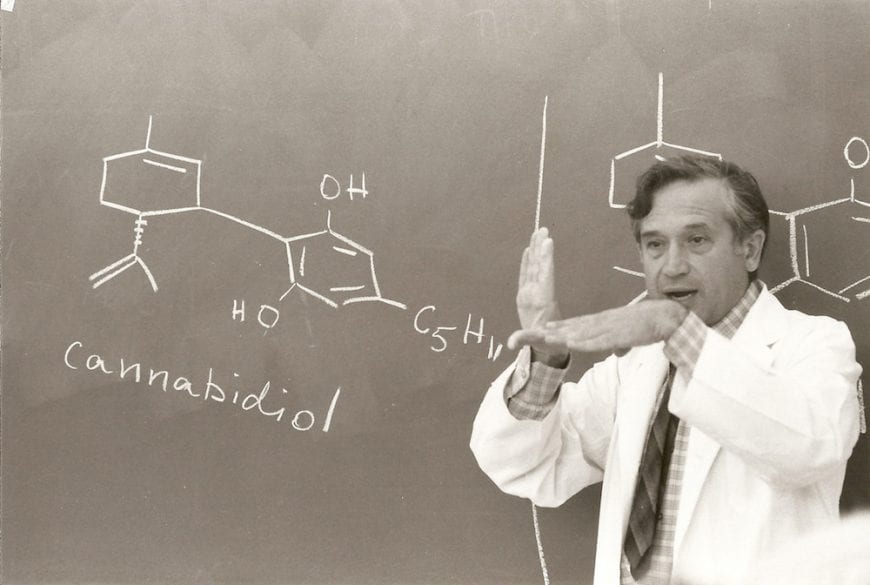 Still, the threat of a U.S. public embracing a “dangerous plant” is edging ever closer to a national tipping point. It’s getting very difficult to dismiss the videos and personal accounts of real, life-saving work. The peer-reviewed research is piling up, and we are ever closer to human trials on many accounts.

Still, it’s nauseating that Big Pharma is playing both sides. In the short term, its maximizing profits on opioids and other pain relievers in the profit-hungry American medical market. In the long term, it’s working to gain a foothold in the latest frontiers of cannabis research. Sure, that’s a two-faced way to approach things, but it keeps the right pockets lined. That’s what it’s always been about anyway, right?