In a twist, the Amish are ahead of their time, switching from tobacco to hemp farming.

There’s a new crew of cannabis cultivators in America, and it’s not who you’d expect. In an odd twist of fate, Amish farmers have embraced hemp farming.

The meeting of old world farming methods and an exciting new crop may not be as unusual as it sounds. While hemp was only recently legalized through the 2018 Farm Bill, middle America used to be prime cannabis growing territory.

Why Amish Farmers are Converting to Hemp

For decades, the prices on Amish staple crops such as tobacco, wheat, and corn have been in decline. And the recent tariffs imposed by the Trump administration aren’t helping. According to Time magazine, the Chinese tariffs have exacerbated the dwindling of American farms, which now carry an all-time high debt of nearly $416 billion. Small farms, which in 1991 accounted for half of the nation’s farm output, now create under twenty five percent. It’s a crisis, and many believe it’s only going to get worse. Political experts say the trade war shows no sign of abating — and even if it did, many farm contracts won’t be coming back.

Amish farmers, and others too, need a new crop, like hemp, to prop up their business. They’re literally betting the farm on its success.

Just this year, Pennsylvania farmers planted eight thousand acres of hemp. Much of it grown in and around Lancaster County, which just happens to be home to the largest Amish settlement in the nation, with nearly forty thousand residents practicing the Anabaptist faith.

So why are Amish farmers embracing change, when they’re most well known for doing exactly the opposite?

One reason is cash. The Amish may not be of this modern world, but they’re certainly in it. And that means they need money. While some Amish farmers are digging into their own funds to finance a switch to hemp, others are growing on behalf of investors who are eager to cash in on the next big thing in agribusiness.

They also may be taking the long view, something the Amish are very good at. 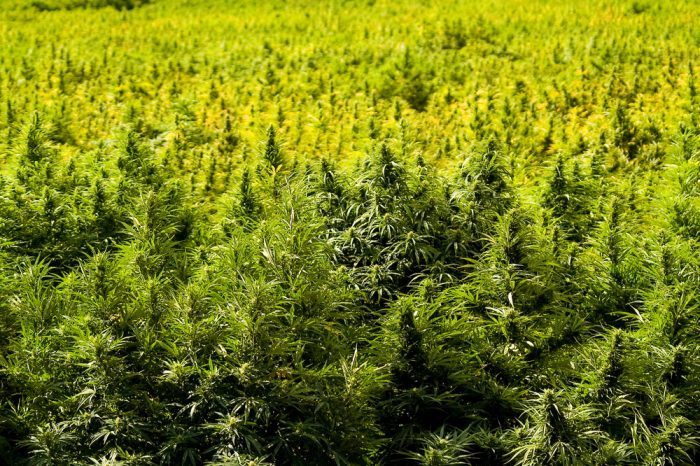 In addition to hosting a large number of American Amish, Lancaster County holds the distinction of having been the cornerstone of American hemp production before prohibition. For Amish farmers, growing hemp may be less about changing with modern times than reverting to the olden days.

RELATED  Here's Everything You Need To Know About CBD Edibles

When former U.S. cycling champion and Pennsylvania native Floyd Landis (the guy who won the Tour de France then had the win rescinded due to doping) placed a small ad in Lancaster Farming magazine looking for farmers interested in switching to hemp, almost three hundred people showed up to his event — twice the number he’d anticipated. And most of them were Amish.

Landis’s company, Floyd’s of Leadville, is one of the groups investing in Amish farmers switching to hemp. For people with a bit of investing money and ties to farmland, the choice to underwrite any hemp grower is easy. Landis (who grew up Amish himself) sells products in about two and a half thousand stores across the country and hopes to expand to twice that in a matter of months. The CBD business is clearly thriving.

The Politics of Amish Farmers and Hemp

Nobody knows this better than Sen. Mitch McConnell, who championed the legalization of hemp through the 2018 Farm Bill. Once Kentucky farmers saw their futures being traded away to punish the Chinese, the powerful Senate majority leader sprang into action to save the Bluegrass State’s agriculture industry.

But the farm work of the recent past probably won’t ever return. The United States was once the largest soybean producer in the world, a title that won’t ever come back now that Brazilian farmers are seeing record profits selling their crops to China. Instead, McConnell had to find a new cash crop for Kentucky, which is home to eight thousand Amish farmers.

He found hemp. Since the bill passed, farming in Kentucky has roared back to life, posting $57 million in gross sales last year, compared to the measly $16.7 million generated in 2017.

What’s good for Amish farmers is good for all farmers. We’re not that different. 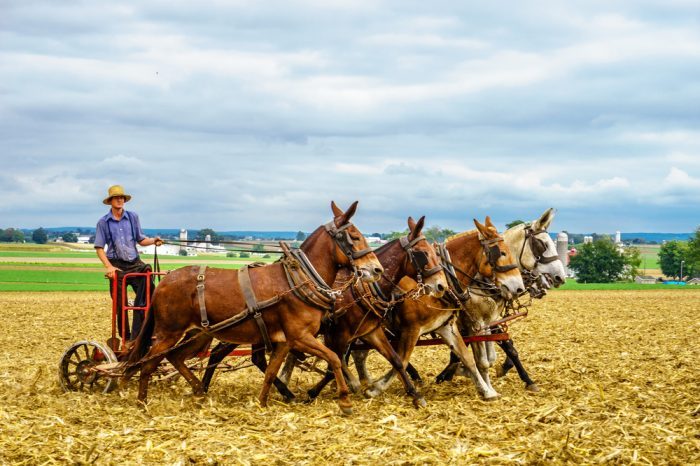 The metaphor here is too hard to resist. Amish farmers are turning their backs on tobacco to grow hemp. It’s better for them, just like it’s better for American consumers to consume cannabis products instead of smoking cigarettes.

Republican politicians are embracing a plant they long claimed was evil in order to help their constituents put food on the table. As American healthcare costs continue to soar beyond reason, eating away at the lower and middle-class wealth in a truly deleterious fashion, American agriculture is providing a low-cost alternative to expensive and debilitating pain medication.

Hemp is changing things, not just for Amish farmers, but for nearly all aspects of American life.