Anandamide: The Endocannabinoid the Autistic Brain is Lacking

Anandamide for cannabis – can cannabis replace this cannabinoid?

Autism spectrum disorder has replaced ADHD as the overhyped, over-fretted diagnosis of American children. It’s true that there isn’t any merit to the anti-vaxxer belief that vaccines cause autism. However, the undercurrent of fear and mystery that runs through society about the increasingly common disorder is very real. Researchers recently found a very important clue: anandamide is very low in autistic brain. A need for anandamide for autism research means that cannabis may be the first viable treatment for long term symptom relief.

Autism and the Endocannabinoid System

Autism has received increased attention from medical researchers, psychologists, school counselors and, of course, the entertainment industry. New shows, media, school guidelines and information sessions are popping up across the country. But the biggest news about autism is coming out of the medical community. And that’s where cannabis researchers have made a bold new discovery.

Recent lab studies — published in Molecular Autism (2018) — suggest that the key to understanding autism may lie within the body’s endocannabinoid system. It makes sense, in a way. The same operational structure that allows people to relax, and experience euphoria could also play a role in a disorder that is characterized by impairments in social communications and repetitive behaviors. It’s the same idea, just in reverse.

Lower Concentrations of Anandamide in the Autistic Brain

The research tends to point to the first option. Anandamide is a neurotransmitter that was discovered in 1992, shortly after the discovery of the endocannabinoid system and its receptors. The word anandamide comes from the Sanskrit for “joy” or “bliss” – a reference to close ties to cannabinoids. While it’s been well researched, there is still a lot of mystery around anandamide. In part because it’s pretty hard to study human brains. So most of our knowledge about anandamide comes from rat models. 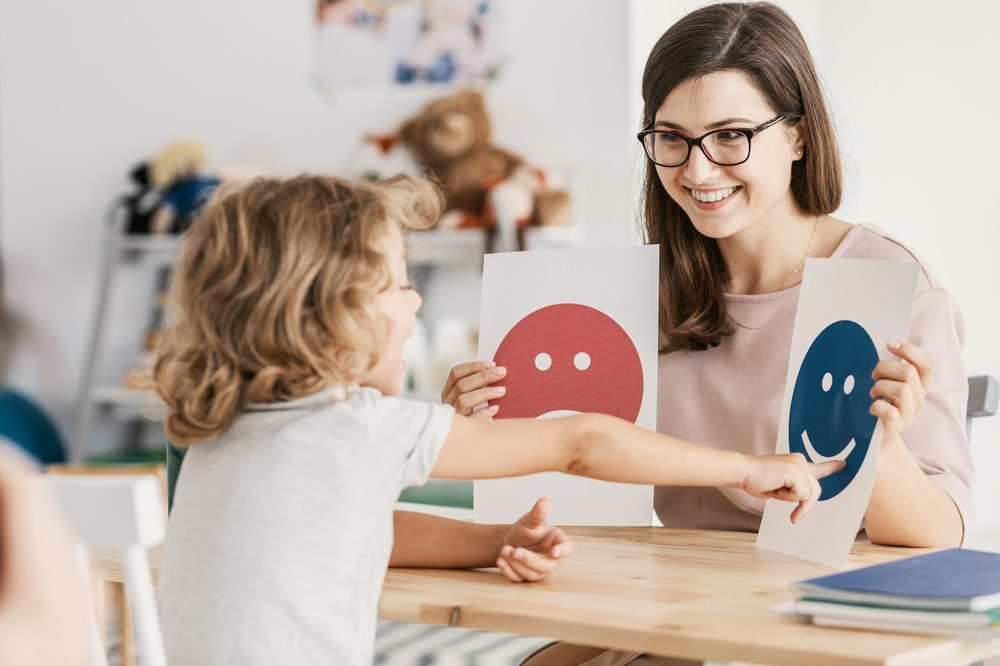 That’s not to say there isn’t good research happening in humans. An Israeli study on children with autism found that eighty percent of those treated with a high-CBD form of cannabis showed very encouraging results. Not only did the children behave better and show fewer problematic actions, they also reported an easier time assimilating to their environments and much improved communicative abilities. For a non-curable social disease, that’s a gold mine.

Autism affects about one percent of the population, making it a problem in nearly every school and every town in America. Many children with autism have difficulties expressing and dealing with emotions like frustration, anger, and fear. The calming effects of CBD oil may help these symptoms. There is even some idea that the repetitive behaviors of children with autism — flapping of hands, rocking back and forth or arranging and rearranging objects, for example — could be calmed by cannabis in the same way it causes seizures to dissipate.

Another key marker of autism is sleeping disorder, for which cannabis may also provide much-needed relief. In short, there seems to be a lot of overlap between what cannabis can alleviate and the difficulties that autism manifests. Understanding autism as an endocannabinoid deficiency caused by a lack of anandamide makes a lot of sense.

What does the Future Holds for Cannabis and Autism?

Now that scientists can detect anandamide through plasma tests, instead of invasive brain procedures, there are opportunities for further study — and perhaps a treatment. The same study that found the link between endocannabinoid deficiency and autism also hints that non-invasive procedures may one day be able to carry extra anandamide to the brain through plasma. Although, that’s likely a long way off.

What’s not far in the future is the onslaught of research that these new discoveries should bolster. With sky-high numbers of diagnoses, the value of an effective treatment or cure for autism is through the roof. That’s enough to get Big Pharma on board, even if it means dealing with the cannabis industry.

But the better news is that there is real, honest potential to help millions of people across the globe. Today, scientists are one step closer to understanding autism spectrum disorder, thanks to research in endocannabinoid deficiency. That makes it a good day.

Roadblocks to Prescribing Cannabis for Kids