All animals can become aggressive under stress. Good thing research suggests CBD can calm the storm.

Does your furry friend respond to anxiety with aggression? Have you just added a rescue to your family only to find some concerning, aggressive behaviours? There’s a good chance cannabis can help. A study published in Progress in Neuro-Psychopharmacology and Biological Psychiatry (2019), describes the direct mechanism by which CBD may reduce aggression.

While that may sound like more proof that tired old stoner stereotypes contain a kernel of truth (The Dude in The Big Lebowski was a pacifist, after all), the new research goes further than stating that cannabis patients are a mellow group. It directly explains explain the neuroscience behind the phenomenon.

The Brazilian researchers publishing in the journal Progress in Neuro-Psychopharmacology and Biological Psychiatry looked at external and internal factors during their study. They identified both the effect CBD had on aggression, and what happened at the molecular level to cause it.

Anxiety Delayed and Disrupted by CBD

To determine if CBD affects aggression, the research team divided laboratory mice into five groups. Researchers kept all of the mice in isolation in order to induce aggression. Some were later injected with CBD.

After ten days, new mice were introduced in the cages of the isolated mice. In the control group — the mice who were not dosed with CBD — the solitary mice began to attack the intruders within two minutes. They also continued to assault the intruders throughout the next 20 minutes. This is standard mouse behavior in such situations. The isolation makes them territorial, and more prone to attack intruders.

With baseline behavior established, the scientists sought to discover how mice injected with CBD would react. They injected mice 30 minutes before introducing intruder mice to discover how they respond to the same scenario.

As it turns out, the CBD mice displayed far less aggression. What’s most important: the amount of CBD that the mice received had direct effects on how quickly and often they attacked. 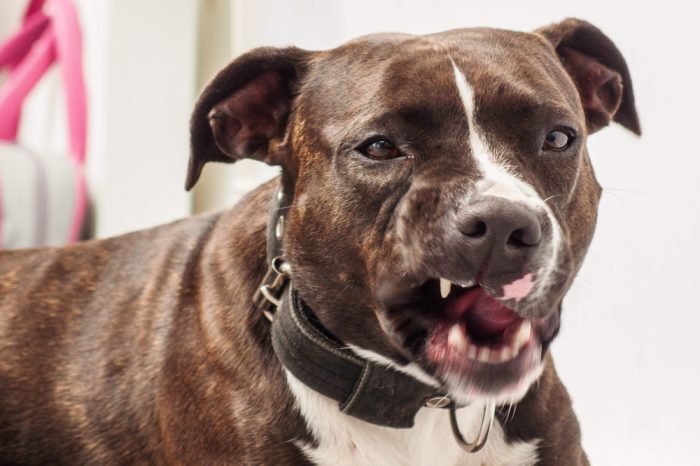 CBD Appears to Have a Calming Effect on Animals, Unless It’s Too Much

The group that received the lowest amount of CBD, 5 milligrams per kilogram of the mouse’s weight, took nearly four minutes to attack intruder mice. This is nearly twice as long as the control group. The dosed group also stopped attacking about twice as quickly as the non-dosed mice.

A different mice group received 15 mg/kg of CBD throughout the experiment. They were even less aggressive, withholding attacks on intruders for 11 minutes and then quickly scaling back. The results were similar for the third group, which was injected with 30 mg/kg of CBD.

Here’s where it gets interesting. While the CBD clearly showed a decrease in aggression in the first three groups, the results didn’t hold with increased dosage.

The fourth mouse group received 60 mg/kg of CBD. But instead of further delaying their attacks, the increased CBD injection seemed to have the opposite effect. The mice in these groups attacked sooner than the mice in the 15 mg group.

Note that the heaviest-dosed mouse groups still attacked less frequently, and quickly, than the control group. However, they did so faster and more aggressively than the other CBD-injected mice. This suggests that CBD has a deleterious effect on aggression — but only at the correct doses.

Will CBD Become a Future Treatment for Aggression?

The scientists didn’t choose to study the efficacy of CBD on aggression by chance. As the lead experimenter explained, “Isolation-induced aggression can be attenuated by the administration of anxiolytic, anti-depressant or anti-psychotic drugs. Preclinical and clinical studies have shown that cannabidiol has these properties, so we decided to test its effect on induced aggressiveness.”

Essentially, the scientists noted that the drugs currently used to treat aggression create similar effects as CBD. So, they decided to test whether we could similarly utilize CBD. They aren’t the first to study this idea, but they have been the most thorough.

Two previous studies, one in 1984 and one in 1975, found that CBD had no effect on  aggression. But those studies were poorly constructed. Both used different animal species, behavioral tests, doses, and aggression-induction models. In other words, their results weren’t as consistent. The Brazilian researchers controlled for many of those factors by using the same kind of animal, the same kind of behavior test, and consistent dosing tied to each individual mouse’s weight.

Humans and mice have similar serotonin systems, which is the neurotransmitter most closely related to aggressive behavior. We also share similar endocannabinoid systems, which allows the body to process CBD. In these two processes, humans and mice are remarkably similar. So it would stand to reason that CBD would also cull our aggressive impulses.

The new findings suggest that CBD has a place in the treatment of animal aggression. However, remember that correct dosing is important. Too much CBD appears to overwhelm mice bodies, and would have the same effect on other furry friends, like dogs. 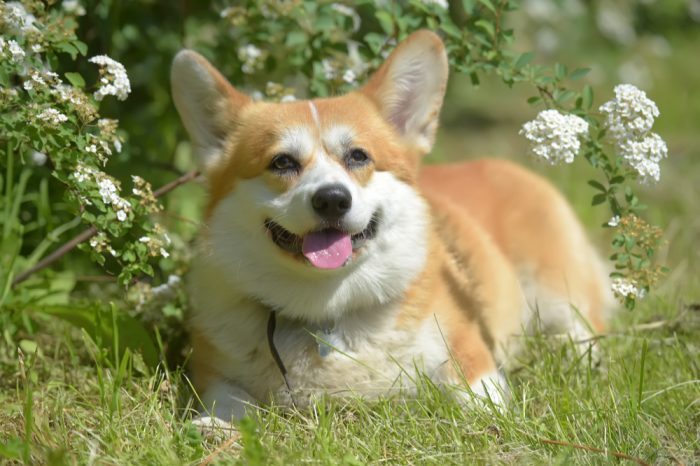 How Will Other Aggressive Animals Respond?

Although the Brazilian study looked at aggression in mice, there is reason to believe that CBD would affect dogs in similar ways. More and more veterinary associations are giving the OK for  cannabis for dogs and cats, as long as it has no-THC.

Further, there’s evidence that CBD’s anti-inflammatory aspects would help relieve animals that are aggressive for other reasons, like pain and discomfort. A recent study shows that arthritic dogs had significantly increased activity scores, and no side effects, from administration of a CBD oil. Meanwhile, other studies are examining CBD as an aide in fighting canine bladder cancer.

Note that any CBD administration should be done with care. Further, always speak to your veterinarian before trying any new medicine on your pets. Proof of authenticity and lack of THC are essential.

We all know that cannabis has a calming effect. It reduces anxiety and helps animals relax. But now we have scientific evidence supporting our observed effects, which encourages acceptance in the medical community. It also increases our understanding of how cannabis, and our own bodies, work.

New Pet Parents: Our Rescue is Ruining Our Life! Have You Tried CBD?