Is Cannabis Able to Help with Anorexia and Bulimia?

The difference between anorexia and bulimia are varied and numerous. Cannabis may help with symptoms.

It’s an established fact that cannabis stimulates appetite, so it stands to reason that it would be an effective treatment for people who don’t want to eat. Not so much. There’s a big difference between the munchies and treating anorexia nervosa and bulimia. So what’s the problem that prevents a useful side effect of cannabis consumption from being a viable treatment option? And what’s the difference between anorexia and bulimia regarding cannabis treatments?

As it Turns out, These are Complicated Questions

According to the National Eating Disorder Association, eating disorders have the highest mortality rate of any psychiatric illness. These diseases affect thirty million people worldwide, two-thirds of which are women, and claim multiple thousands of lives each year. A staggering six percent of anorexics commit suicide. It’s a population in jeopardy. Patients should welcome any help.

But, eating disorders are complicated. Unlike influenza, eating disorders have a host of causes—only some of which are physical. When a disease has multiple causes, it’s highly unlikely that any single treatment will work against all the contributing factors. 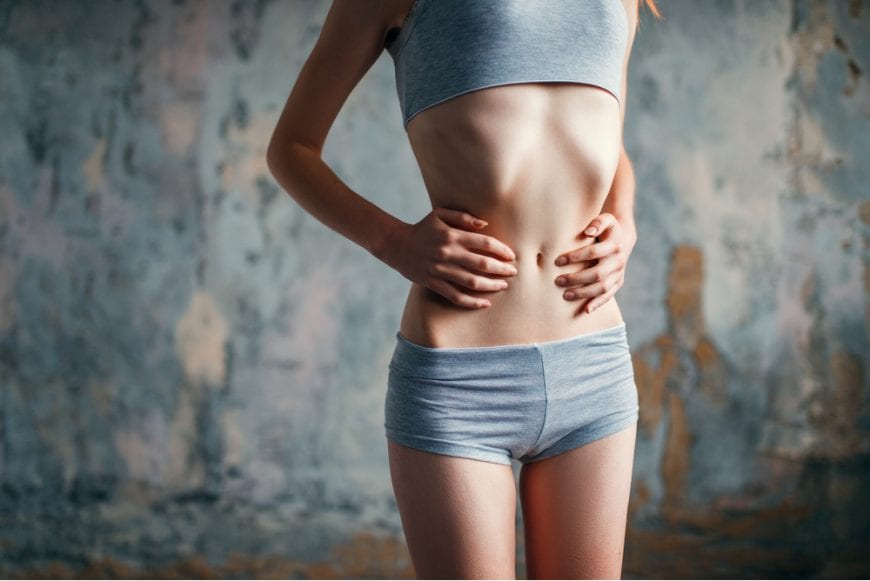 Cannabis Saves People From the Brink of Self Harm

It’s more likely that the condition will need treatment via several therapies. And there is evidence that medical cannabis could be one method among many that stops people from self harming.

According to a study, published in the Journal of Pain and Symptom Management (1997), doctors have prescribed cannabis for years to help patients suffering from AIDS and cancer in order to stimulate their appetites. Shouldn’t the same treatment work for eating disorders?

Well, yes and no. The reasons why cannabis stimulates the appetite aren’t entirely clear, although there is a growing scientific consensus. We know that the human body’s endocannabinoid system is involved in regulation of appetite —specifically, it’s what provides the good feelings that come from eating. Cannabis affects the endocannabinoid system, essentially amping up the rewards center. That’s where the idea of “the munchies” comes from. Cannabis makes eating more pleasurable.

The increased reward feeling can do a lot for patients who don’t want to eat due to physical issues. Many treatments, like chemotherapy, can cause patients to lose their appetites because the reward system for food intake is dulled in the process of treatment. 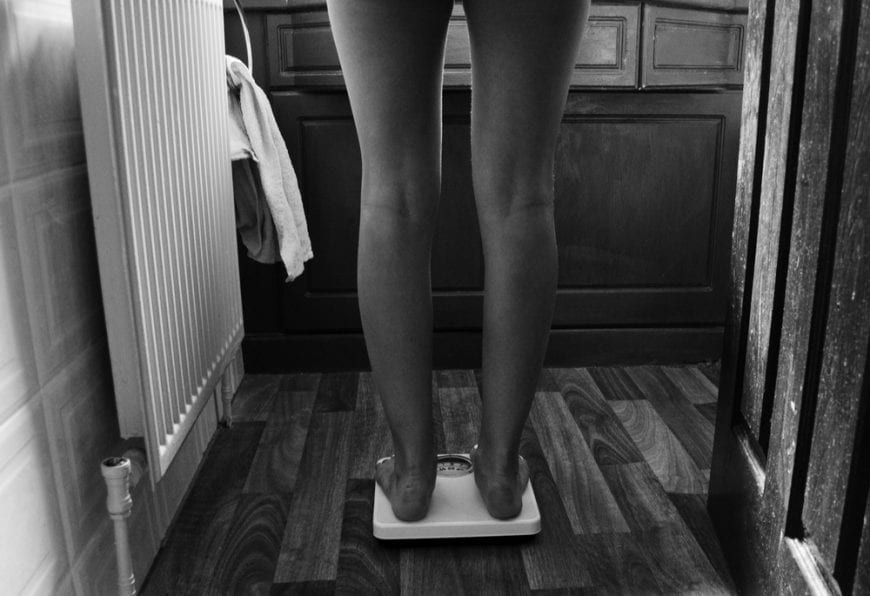 Restarting the Desire for Nutrition

But for anorexics and bulimics, things may not be so simple. For starters, researchers have discovered that after a long period of caloric restriction (when people don’t eat), the human body exhibits changes to help it cope with the situation. This includes a decreased appetite and a lower reward reaction from food. So people with eating disorders may have a harder time re-starting their desire for nutrition.

There are also mental health components to many eating disorders. NEDA defines eating disorders as “bio-psycho-social diseases.” These are diseases created by a mixture of physical, mental, environmental, and genetic, factors.

Because of that, many people who suffer from eating disorders have other conditions, such as anxiety, OCD, depression or PTSD. Cannabis has an intoxicating element, THC, which can negatively impact some of these conditions (particularly anxiety) and therefore makes it a poor choice for many patients.

CBD, another active ingredient in cannabis, does not increase anxiety, however. Therefore, cannabis strains that are high in CBD, but low in THC — or CBD-only products l — may be better options for those with eating disorders. But it’s still not a perfect fit.

Then there’s the legal problem. So far, only a few states list “anorexia” or eating disorders as a valid reason to prescribe medical cannabis. And among most that do—California, New Mexico, Washington and Maryland — none cover all the other conditions that can accompany anorexia, making a prescription hard to come by. There are other cases, such as Colorado, that allow recreational consumption but still restrict the medical side.

Does Cannabis Help With Bulimia?

This 2004 study analyzed one hundred and eighty patients with bulimia nervosa, and one hundred and forty eight healthy individuals. It was searching for two specific mutations in endocannabinoid genes, a mutation in the gene coding for CB1 receptor, and a mutation in the gene coding for FAAH (fatty acid amide hydrolase). This is the enzyme in our bodies that degrades cannabinoids. Results show that compared to the healthy individuals, bulimic patients were significantly more likely to have mutations in CB1 receptor gene or mutations in the FAAH gene.

This research tells us there be a genetic predisposition with bulimia. Furthermore, that cannabinoids could be a treatment for this eating disorder as the genetic mutations cause a decreased sensitivity to them. However, much more research must occur to have a definitive outcome on this. 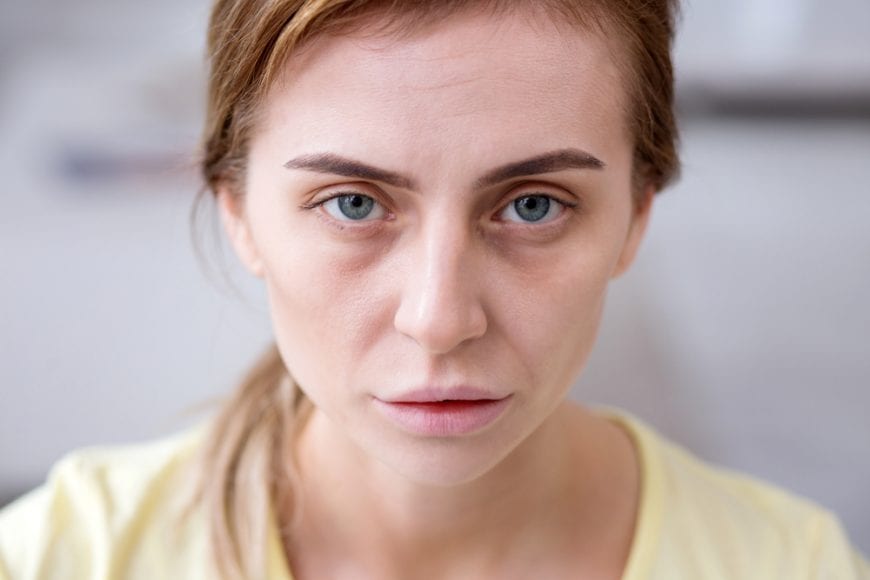 And there aren’t many pro-cannabis advocates in the support space. NEDA does not recommend cannabis as a valuable tool in the fight against eating disorders.

Some of the anxiety around consuming cannabis to treat eating disorders stems from its quasi-legal status. But that’s not the only reason why the professional eating disorder community has been slow to embrace medical cannabis.

Along with high instances of anxiety and depression, many people with eating disorders have substance abuse issues. Many physicians feel that introducing cannabis to that kind of person can lead to further bad habits or re-open old wounds. In other words, it’s just not worth the risk.

Another reason many are skeptical of cannabis is that doctors have not yet proven it effective. In an evidence-based study published in Biological Psychiatry (2011), researchers discovered that women who suffer from anorexia nervosa had a compromised endocannabinoid system, meaning that they did not respond very well to cannabis-based treatment. Although they insist that more work needs doing in that area.

RELATED  The Must Have Ingredient for Gummies: Beeswax

So, while the idea that the munchies could combat anorexia works in theory, the real-world creates a bigger challenge, where things aren’t as simple. Cannabis could one day be part of a full arsenal of treatments for eating disorders, but it probably will never be a stand-alone therapy.

Will Cannabis Help with Anorexia vs Bulimia?