Although cannabinoids are the focal point for anti-tumoral research, flavanoids and terpenes are coming up.

If you’ve been following the trajectory of medicinal cannabis for the last decade or so, you’ll be familiar with the claim that cannabis cures cancer. The research (frustratingly) remains in the preliminary phases, but patient after patient tell stories of how cannabis has performed miracles in their battle with the disease. Is cannabis good for cancer like these patients claim? And does it have anti-tumoral properties?

It may be too soon to claim cannabis cures cancer, but we can explore the many anti-tumoral properties of the plant. After all, cannabis isn’t just THC and CBD. It contains hundreds of other natural chemicals and compounds with possible medicinal value. 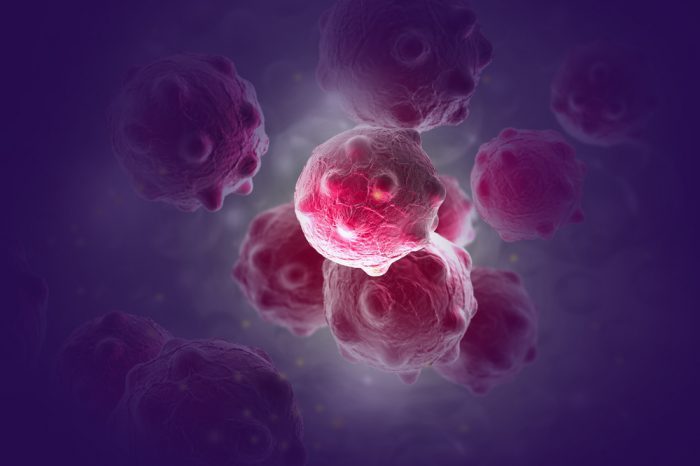 Many of the compounds in cannabis are already under investigation for their medicinal value, including their respective abilities to fight cancer. Here are a few examples of the many anti-tumoral properties this humble plant contains.

Most of the research into the anti-tumoral properties of cannabis look exclusively at the cannabinoids. To date, it is almost always with THC and CBD. These are the two most popular cannabinoids, and the two compounds most present in the plant.

Still, we do know there is a connection between the endocannabinoid system and the development of cancer. So this means cannabis and phytocannabinoids could be valuable. Plus, there is already preliminary support for cannabinoids’ role in combating tumors.

When it comes to THC, it seems to stimulate cell death through autophagy which is a natural process of a body consuming its own tissues in response to disease. Just about every cancer cell line scientists have exposed to THC; this natural cell suicide has occurred. A few examples of cancers which respond to THC are glioma, melanoma, and pancreatic cancers — but there are many others. 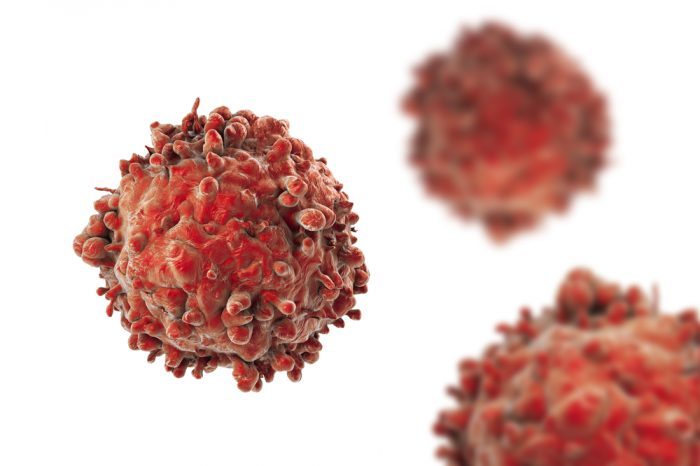 CBD is another cannabinoid with anti-tumoral properties, but it’s “exact mechanism of action is still not fully elucidated (clear).”
There are a few theories so far, including CBD’s ability to protect against anandamide (AEA) degradation, and it influences other types of receptors (GPR55, TRPV1, TRPM8) beyond the two cannabinoid receptors (CB1 & CB2). The evidence is clear, CBD has an anti-tumoral effect in the many in-vitro studies. However scientists are still baffled when it comes to how CBD works.

There are few, if any studies done on the anti-tumoral qualities of terpenes coming directly from cannabis. Cannabis is so hard to study, and it’s easier to find terpenes in other plants. Thankfully, unlike cannabinoids, there are thousands of sources for terpenes within the plant kingdom. Flowers, herbs, fruits, and vegetables are only a few easy-access sources for the same essential oils we find in cannabis.

Cannabis has dozens of terpenes, which, like cannabinoids, seem to influence human health. Let’s explore two of the most common terpenes found in cannabis for their possible anti-tumoral qualities. Keep in mind the terpenes in these studies came from non-cannabis sources, but the molecule is virtually identical.

Myrcene is one of the primary essential oils in cannabis. It’s also sourced from mangos and hops. In 2015, researchers looked at myrcene for the effects it had over breast cancer cells in vitro. In an analysis looking at a handful of other terpenes, they discovered myrcene tended to perform best in stimulating cancer-cell death. They concluded there was an impressive anti-metastatic activity, worth further consideration.

Linalool, a terpene most commonly found in lavender but also prevalent in cannabis, also has some interesting anti-tumoral effects. For example, one in-laboratory study explored linalool as a treatment for cervical cancer and leukemia. The compound showed promise in its ability to promote cancer cell apoptosis (cell death).

Another study concluded that “linalool exhibited an anticancer effect via cancer-specific oxidative stress, and this agent has potential for application in colon cancer therapy.” There is also promise for the use of the terpene in preventing excessive oxidative stress, at least according to a study looking at skin cells exposed to UVB light. 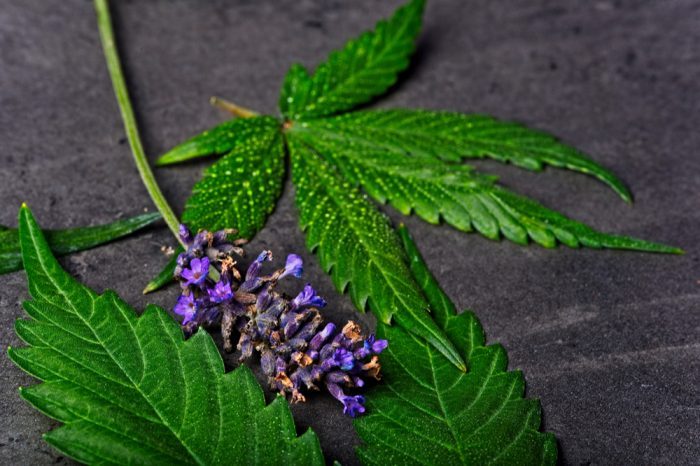 Flavonoids are the little known (but up and coming) compounds in cannabis. They are partially responsible for the plant’s color and aroma. Flavonoids work together with terpenes to produce each strain’s unique aromatic profile. They also provide the bright hues of a beautiful cannabis flower, the yellows, the purples, the blues.

Beyond these simple aesthetics, flavonoids may hold medicinal value. There are at least twenty flavonoids currently tied to cannabis, with some more active than others. When it comes to cancer, some studies suggest dietary flavonoids (like dark chocolate) could help prevent the disease. However, the scientific literature is still pretty inconclusive on the topic.

In a review of the evidence, presented in 2012 in the pages of the Journal of Nutrition in Gerontology and Geriatrics stated, the “proposed anticancer mechanisms for flavonoids are inhibition of proliferation, inflammation, invasion, metastasis, and activation of apoptosis.” At least one study shows increased flavonoid consumption may reduce the risk of certain cancers, like lung cancer.

A study published in Frontiers in Oncology (2019) looked at the combination of flavonoids with radiotherapy. In the rodent model, the delivery of flavonoids to the tumor site was able to, not only reduce the size of the tumor, but to also lead to regression of metastatic cancer at other sites that didn’t receive the radiotherapy. These results suggest that flavonoid radiotherapy is able to induce an abscopal effect that seems to be mediated by the immune system. More research will investigate this potential cancer therapy.

Research indicates that cannabis is beneficial at reducing nausea and vomiting associated with chemotherapy. With more research we could find out it’s an anti-cancer compound in itself.

You may already know someone who has looked to cannabis after a cancer diagnosis. The preliminary nature of the research hasn’t stopped patients from dosing with cannabis in the hopes of achieving anti-tumoral effects.

This is why it’s important to work with a pro-cannabis oncologist to include cannabinoids, terpenes, and flavonoids as part of a comprehensive treatment plan. Cancer is a complex disease and what works for some patients may not work for all.

Right now, we can’t draw any conclusions about how this translates to cancer in humans, simply because the human clinical trials are not complete. Another roadblock is the lack of study on method of consumption and how that affects bioavailability of anti-tumoral compounds. Many patients choose to inhale their cannabis or use a sublingual oil (or tincture). These avenues require further exploration to get a better understanding of how the chemical profile of a given cultivar and its method of consumption impact cancer growth.