HPV Study On The Anti-Tumoral Potential of THC

As more and more cannabis research emerges, some studies have begun presenting conflicting information. So, what happens when scientific research generates conflicting evidence?  A case in point is a recent study performed by researchers at the University of California San Diego School of Medicine. In this study, published in the American Association for Cancer Research (2020), [1]Liu, Chao, et al. “Cannabinoids Promote Progression of HPV Positive Head and Neck Squamous Cell Carcinoma via p38 MAPK Activation.” Clinical Cancer Research, American Association for Cancer … Continue readingscientists linked THC with the progression of HPV-positive head and neck cancer. Given the body of study demonstrating the probable anti-tumoral properties benefits of THC, this finding may come as a surprise. Interestingly, THC exhibited anti-cancer ability at high doses but not at the standard consumption level of the average consumer.

After all, numerous studies have stated that THC helps hinder cancer growth by stimulating cancer-cell death. So, what does this new study mean, and how does it fit in with existing research about head and neck cancer?

What We Know About THC and Head & Neck Cancer

They also discovered that by turning off this pathway, they were able to stop the growth of HPV-related head and neck cancer. And this led the authors to conclude that exposure to THC may aid in the development of this specific type of cancer.

Their research included in-vitro and animal studies. It also included blood samples from five patients with HPV-related throat cancer — whose plasma showed evidence of cannabinoids in their system. However, we don’t know how those five patients consumed those cannabinoids. Were they smoked? Ingested? And for what length of time had they been consuming cannabis? When was the last dose prior to screening? These questions remained unanswered in the study.

RELATED  CBD vs THC for Cancer: What Does the Latest Research Say? 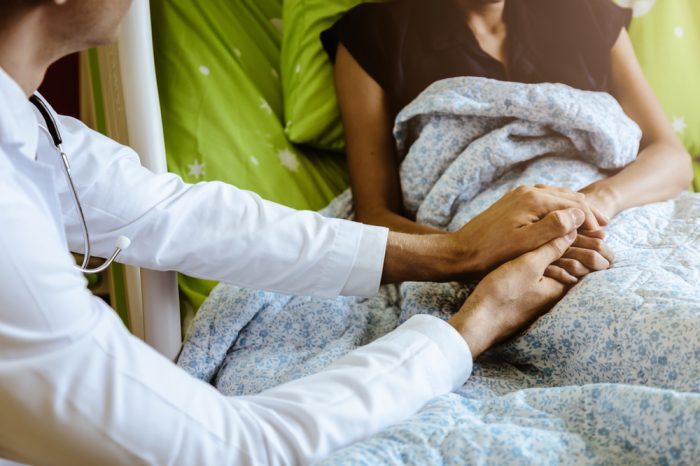 The authors also cited previous research in support of their findings. They included this 2018 study that found an increase of oropharyngeal cancers among cannabis consumers. They also cited this study, published in Cancer Epidemiology, Biomarkers and Prevention (1999) [2]Zhang, Z F, et al. “Marijuana Use and Increased Risk of Squamous Cell Carcinoma of the Head and Neck.” Cancer Epidemiology, Biomarkers &amp; Prevention: a Publication of the American … Continue reading,stating that cannabis consumption could increase the risk for head and neck cancer.

But that’s not the whole story when it comes to HPV-related cancer. Another study published in the American Association for Cancer Research (2009) [3]Liang, Caihua, et al. “A Population-Based Case-Control Study of Marijuana Use and Head and Neck Squamous Cell Carcinoma.” Cancer Prevention Research, American Association for Cancer Research, 1 … Continue reading researched over 400 human cases of head and neck cancer. Among these subjects, scientists found a reduced risk for cannabis consumers. In addition, they found no difference in the reduced risk across tumor sites, or in the presence of HPV antibodies.

That same year, scientist Stephen Schwartz, an epidemiologist at the University of Washington, studying HPV-related cancers entered the debate. He told Science Magazine that he was skeptical of the proposed connection between HPV-related oral cancer and cannabis. His reason for this view was a lack of existing causation research at the time.

What Can We Conclude About THC and HPV-Cancer?

RELATED  Can I Travel with Cannabis or Cannabis Gear When on Vacation?

The findings in FEBS Letters fits in with all of the other studies about THC’s anti-tumor properties when it comes to treating glioma, melanoma and pancreatic cancers, as well as HER2 positive breast cancer. So, what are we to think about the emerging research that says THC causes a progression in HPV-related head and neck cancers?

Perhaps the answer is within minor compounds found in the cannabis plant. THC isn’t the only substance that contributes to shrinking tumors. Other compounds found in cannabis also play a role. Terpenes and flavonoids also contribute to cell death. Notably, these compounds weren’t part of the recent study regarding THC and p38 MAPK.

Myrcene and linalool are two common cannabis terpenes that have anti-tumoral properties. Not only that, but a 2012 review, published in the Journal of the National Cancer Institute, found that flavonoids may reduce incidence of certain types of cancer. Interestingly, could it be that scientists missed important factors by omitting terpenes and flavonoids from their HPV-cancer study? 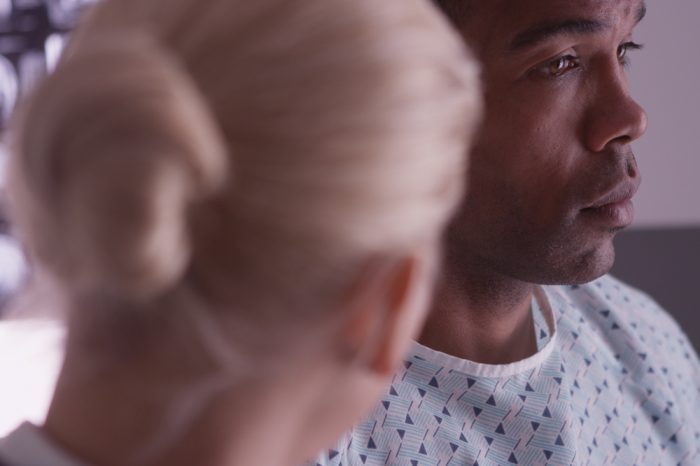 Not all Cancer Responds the Same way to THC

Another factor to consider is evidence that different cancers respond in different ways to THC. In fact, some studies have shown that THC has no effect on some types of cancer cells. And along with this information, we must also consider dosage.

The authors of study linking THC to HPV-related head and neck cancers observed that THC does have anti-tumor properties. However, they found that these properties only took effect when administered at a very high dose. Also, they reported that the dosage needed for THC to induce cancer cell death was much higher than what the average cannabis flower contains.

In fact, when they tested cannabinoids at the same level as recreational cannabis (1 µM), HPV-related cancer cells proliferated. However, when they increased the dosage to 10 µM, growth was inhibited. This is a crucial point to consider.

RELATED  Could Heavy Lifetime Cannabis Smoking Cause Cancer In The Testicles?

What we can conclude is, like most cannabis research we’ve seen to-date, more studies are needed. And more importantly, more human clinical trials.