Aggression in dementia is difficult for the patient and greatly increases caregiver burden. Cannabis could help.

It may not get as much media attention as cannabis for intractable childhood epilepsy and chronic pain, but cannabis to help manage aggression in dementia is gaining traction. Healthcare professionals involved with dementia patients anecdotally report the benefit of cannabis for managing aggression and agitation associated with sun-downing. Adding more wood to the fire is an exciting new clinical trial getting underway in Australia.

Researchers from the University of Notre Dame are set to deliver medicinal cannabis to dementia patients with mild cases of the neurological disorder. Dosing will occur over a fourteen-month period and this study is the first of its kind. Hopefully the results will show just what medicinal value the plant has for treating the symptoms and progression of the disease. 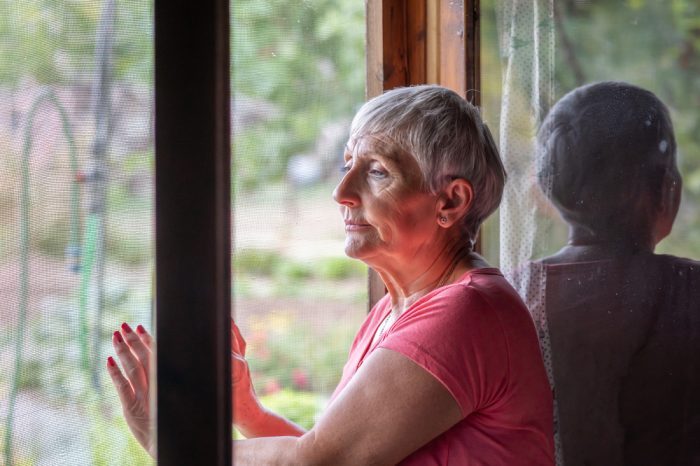 Current Research into Cannabis for Dementia

According to this recent study — published by the Canadian Agency for Drugs and Technologies in Health (2019) — there was positive, but limited, evidence about the effectiveness of cannabis for dementia.

The study, thus far, has found that “limited evidence from one systematic review and one uncontrolled before-and-after study.” The evidence does suggest that cannabis was able to reduce aggression in dementia. As well as reduce symptoms of irritability, aberrant vocalizations and motor behavior, disinhibition, and agitation.

Going deeper into the analysis, reports show that certain studies within a systematic review showed evidence that cannabis improved the neuropsychiatric symptoms of dementia. Across the studies in this 2019 review, they also found notable changes in specific behaviors — including aggression in dementia.

In a study from this review titled Medical Cannabis for the Treatment of Dementia: A Review of Clinical Effectiveness and Guidelines — there were reports of decreases in agitation. It also found reduction in disinhibition, irritability, problem motor behavior, and nocturnal behavior disorders. Additionally, it’s worth mentioning there was a significant reduction in caregiver burden.

Other studies, from the above review, suggest patients were able to reduce or eliminate the need for other medications, like morphine, after cannabis doses began. While another found improvements to cognition scores using the Mini-Mental State Examination.

The mechanism of action behind cannabis’ impact on dementia could be down to its ability to reduce amyloid plaques. Scientists have found a build-up of amyloid plaques in the brains of patients with dementia. These plaques clog up the works, sitting between neurons and preventing effective signaling. In 2016, researchers discovered that THC efficiently removed these damaging plaque build ups. So, in theory, this could prevent or reverse the progression of dementia. In other studies, THC protected neurons from neurological degeneration.

A World First Clinical Trial on Cannabis for Dementia

This new double-blind clinical trial in Perth, Australia is set to shore-up the current, but limited, scientific evidence of cannabis for dementia. This fifty person trial is using an oral cannabis spray developed by MGC Pharmaceuticals, an Israeli medical cannabis company. The trial also referenced this older study from 2019. It demonstrated a forty percent reduction in behavioral issues and a fifty percent reduction in rigidity after two months of use.

The researchers behind the Australia trial are expecting cannabis to help patients reduce other medications and improve behavioral signs like aggression in dementia.

The study, published by the University of Notre Dame Institute for Health Research (2018), is set to start within months. 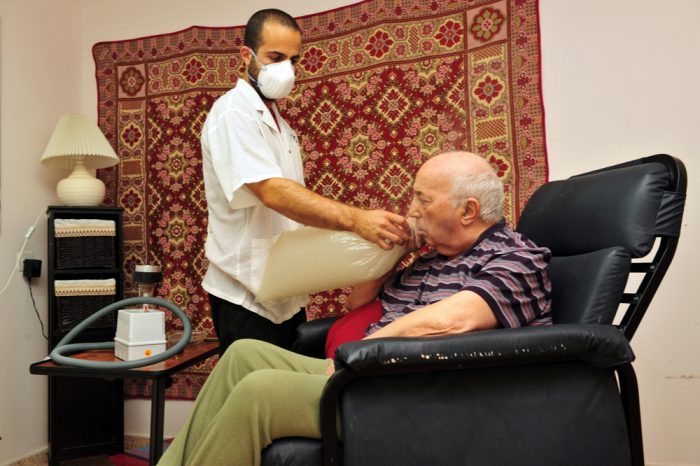 Does Cannabis Contribute to a Decline in Cognition in Seniors?

It’s no secret that THC-rich strains of cannabis can cause a short term high, which temporarily impairs cognitive ability. It’s, therefore, fair to ask if this short term impairment could impact the brain over the long term.

RELATED  Excellent Bioavailability is Just One Perk of CBD Patches

This literature from the National Academies of Sciences indiates that recent cannabis consumption may impact learning, memory, and cognition. However, this impairment was less clear over the long term. They did find that adolescent use of cannabis had measurable long term effects of cognitive performance.

From this, we can determine that cannabis consumption has minimal impact on long-term cognitive function (adolescent use excluded). 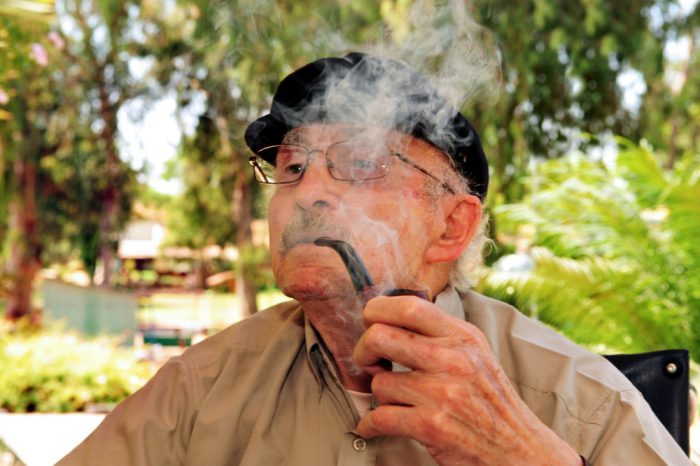 Cannabinoid Therapy for Dementia Patients Likely in the Future

With this new study getting underway in Australia, cannabis medicine for the treatment of dementia is getting closer. Again, medical cannabis for dementia doesn’t always get the headlines compared to other chronic conditions — but the research is positive.

It’s also in more advanced stages than other areas of study. Meaning, soon — cannabis could become a useful conjunctive therapy for patients suffering from aggression in dementia. Or any other of the challenging degenerative symptoms from the disease for that matter.