The best dark chocolate melts in your mouth and boosts mood.

Most people generally agree that chocolate is good to eat. But, could it actually improve your mood? And could cannabis help enhance these effects? It may do. Here’s the latest on chocolate research and a recipe for the best dark chocolate (hint: it’s infused) ever.

A recent study published in Depression and Anxiety (2019) investigated the link between chocolate consumption and depressive symptoms. Researchers wanted to find out if chocolate really does make one feel happier.

But, that isn’t the only research linking chocolate consumption to reduced depression levels. A 2013 review also found that chocolate may improve both mood and cognitive functioning. 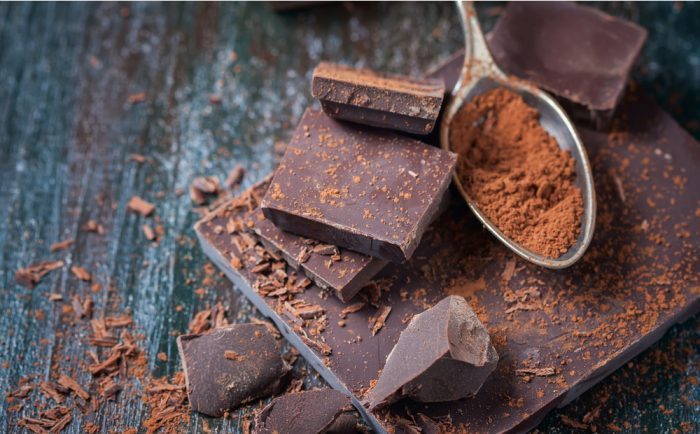 Sure chocolate tastes good, but there seems to be more than the pleasure of taste that is boosting mood. Let’s take a closer look.

In addition, one of the amines present in chocolate, called phenylethylamine, is a neuromodulator. It is thought to play a key role in regulating mood and may be involved in the management of depressive symptoms.

These ingredients, in chocolate, interact with body neurotransmitter systems. This possibly improves mood and initiates reward pathways by modulating dopamine, serotonin, and endorphins.

Why is Dark Chocolate More Effective than Milk Chocolate?

The research indicates that dark chocolate may have a more significant effect on mood than other types of chocolate. But why? Flavonoids may provide the answer to this. Flavonoids are a group of plant chemicals found in dark chocolate. There are early studies that explore a possible link between depression and chronic inflammation. Separate studies indicate that flavonoids may be very effective in reducing systemic inflammation. So, using this (as yet unproven) connection, this could demonstrate why dark chocolate may boost mental wellness. 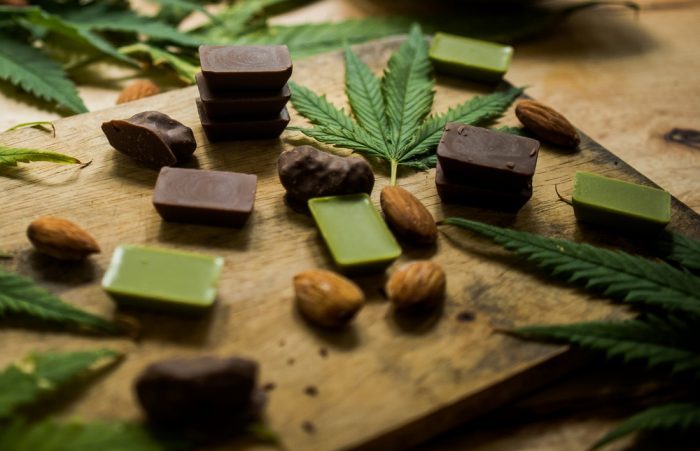 Like its chemical analogue, anandamide, THC also induces euphoria and feelings of wellbeing. Moreover, one study published in Pharmacology Biochemistry and Behavior (2010), indicated that a dose of 2.5mg/kg THC, in mice, delivered significant antidepressant-like effects.

The CB1 receptor, a cannabinoid receptor to which THC binds, is thought to play a key role in this antidepressant-like effect. Studies have shown that activation of CB1 in mice resulted in antidepressant-like effects similar to prescribed antidepressant medication. Further research has demonstrated that CB1 may play a role in defending against symptoms of depression because its activation leads to neurochemical changes. These include the enhancement of noradrenaline, 5-hydroxytryptamine, and dopamine in regions of the brain associated with mood.

Is There a Link Between CBD and Mental Health?

A rodent study, published in the British Journal of Pharmacology (2010), found that CBD treatment results in antidepressant-like effects comparable to pharmacological antidepressants. In addition, a preliminary study published in Neuropsychopharmacology (2011) indicated that CBD may potentially reduce anxiety levels, improve cognitive impairment, and enhance mood in humans. The subjects in the study were afflicted with Generalized Social Anxiety Disorder (SAD) and asked to participate in a simulated public speaking activity, with or without CBD. The results indicate that CBD may have anxiolytic effects.

Additionally, CBD may modulate levels of serotonin. This is a nerve cell chemical associated with improving mood and treating depression. Research has found CBD to immediately increase levels of neurotransmitters like serotonin in the mouse model. Essentially, when CBD activates the 5-HT1A receptor, it initiates serotonin production.

Recipe for the Best Dark Chocolate Infused with Cannabis

Research has shown that cannabis and chocolate both induce many similar antidepressant-like effects. So, it stands to reason that a combination of the two might result in an even greater improvement in mood. In the spirit of delicious mental wellness, here’s the recipe for a dark chocolate cannabis bar. 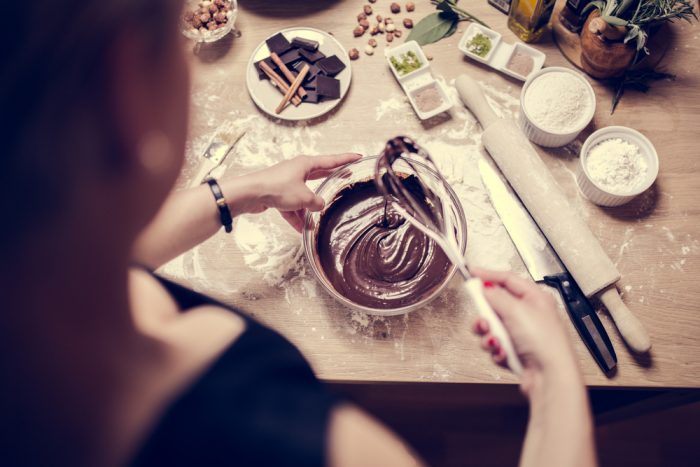 Now sit back, eat a couple squares, and wait for the effects to brighten your day.