What do patients consider the best strains for PTSD?

PTSD develops after traumatic events. Examples include combat, life-threatening experiences, or forms of physical or sexual abuse. Freeing oneself from the ensuing symptoms is no easy feat. But, cannabis may help, and below RxLeaf defines the makeup of the chemovars most recommended by patients as the best strains for PTSD.

Those who have PTSD essentially have lingering memories frozen in time that elicit an unreasonable response to external events. Such individuals will often have trouble sleeping and functioning normally due to an overactive nervous system that makes it difficult to exist and maintain a standard quality of life.

Those suffering from PTSD tend to experience three debilitating traits:

Hyperarousal: Always on edge due to the fear of re-experiencing a trauma.
Avoidance: A patient’s interaction with the world lessens incrementally in an attempt to avoid triggers.
Reliving trauma: Patients revisit old traumas in the form of flashbacks and nightmares.

The inability of a person afflicted with PTSD to function normally is due to an imbalance in the autonomic nervous system. Composed of two branches — the flight or flight and the rest and digest — those afflicted find themselves constantly triggered and stuck in fight or flight mode. That once beneficial evolutionary adaptation is engaged continuously. It no longer serves the patient, and continues to cripple them.

The broader effects extend to physical pain, poor digestion, inadequate sleep, trouble maintaining relationships, and a constant fear for what may happen next.

Medicinal cannabis may help with all the symptoms mentioned above. Many effective treatments exist for fear extinction as it relates to PTSD. These include Cognitive Behavioural Therapy (CBT), Eye Movement Desensitization and Reprocessing (EMDR), and Emotional Freedom Technique (EFT). Studies also show that cannabis may be an effective supplement to enhance these traditional methods.

For example, a study published in Current Pharmaceutical Design (2019), investigated how cannabinoids help improve fear extinction in brain circuits. Researchers found that activation of the CB1 receptor with THC actually enhanced cannabinoid neurotransmission. This led to improved recall of the breakthroughs achieved during extinction training.

Additionally, a study published in Frontiers in Pharmacology (2016), found that CBD had “bidirectional effects” on PTSD. Researchers concluded that “CBD both acutely inhibited fear expression and enhanced extinction to produce longer-lasting reductions in fear.”

RELATED  Things To Do Before You Can Grow Cannabis From Seeds

THC or CBD? What the Science Says About PTSD

A 2013 study carried out at the NYU Langone Medical Center utilized brain imaging techniques to understand how cannabinoid receptors relate to PTSD. Researchers found that those with PTSD have low concentrations of an endocannabinoid known as anandamide. Derived from the Sanskrit word for bliss, anandamide is remarkably similar to THC. Its core function is as a natural antidepressant, where it regulates mood, happiness, fear, and anxiety.

Like THC, anandamide interacts with the CB1 receptor, and aids the brain in reverting into a state of homeostasis.

Alternatively, CBD doesn’t interact with the CB1 receptors directly. However, a study published in Translational Psychiatry (2012), found that “cannabidiol enhances anandamide signaling” in humans. CBD also has the added advantage in that it doesn’t produce the intoxicating effects associated with THC. It allows patients to go about their day-to-day activities without feeling inhibited by intoxicating side effects.

Furthermore, CBD is anecdotally reported to have potential positive effects on many aspects of general health. As it’s non-intoxicating, there is little concern over its potential to negatively impact day-to-day functioning.

Future studies will determine if THC or CBD, or a combination of these, as best treatment options for PTSD patients.

Which Chemovars are the Best Strains for PTSD?

Due to side-effects that include paranoia and anxiety, many assume that chemovars high in THC are unsuitable as a treatment for PTSD. But, THC acts very much like the anandamide that PTSD patients often lack. The introduction of some THC, while under the care of a cannabis physician, may actually prove beneficial.

CBD, on the other hand, is known to reduce feelings of anxiety. It also reduces fear memory and aids patients in letting go of old beliefs that no longer serve them. 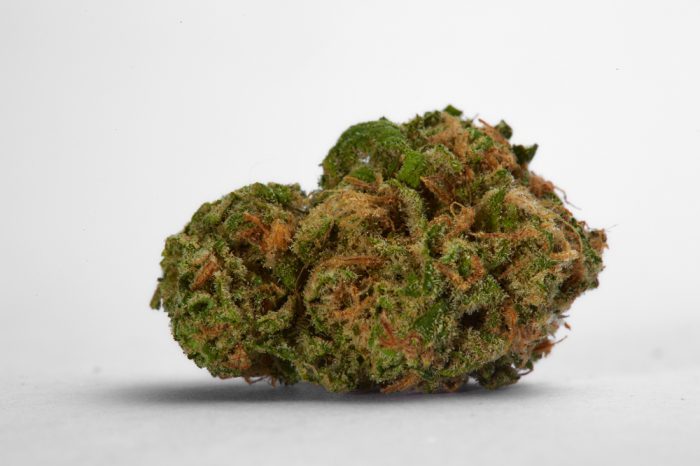 The ever-popular Blue Dream is perhaps one of the best-loved chemovars by medicinal patients. THC content approaches twenty percent with minimal CBD content of less than one percent. Many of those afflicted with PTSD live in constant fear of social interactions, but Blue Dream invokes the ability to help consumers ease into social environments.

RELATED  What is Kush? Everything You Ever Wanted to Know

The ensuing calm euphoria lends itself to gently nudging those afflicted into a more fulfilling social existence.

This chemovar has CBD levels averaging ten percent. Cannatonic provides a relaxed and calming sensation and exhibits a notable decrease in anxiety coupled with a bump in mood.

Many of those who experience anger with their PTSD find that Cannatonic helps bring about an inner calmness. THC levels, while relatively low at five to six percent, help compensate for existing low levels of anandamide in people living with PTSD.

Those who have PTSD often suffer from over-activation of the sympathetic branch of the nervous system. OG Kush does a remarkable job of calming the entire nervous system among many patients. THC content approaches twenty percent in most cases and leads to a relaxed, euphoric effect that often provides much-needed relief from that always triggered state many find themselves in.

As a high THC, low CBD chemovar, Pineapple Express is well-known to aid in the reduction of anxiety. THC levels average seventeen percent, and the chemovar is often used by creatives to induce that clear headspace they require.

Many of those with PTSD opt for Pineapple Express for its ability to quell anxiety while still remaining highly functional. 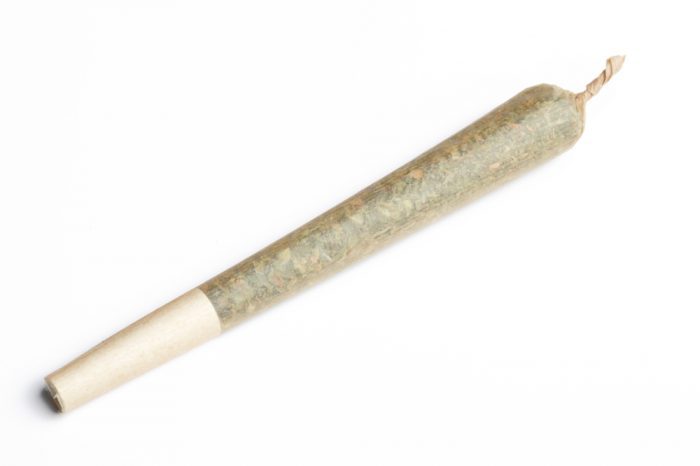 Where to Find Help For PTSD

While cannabis undoubtedly is a potentially successful treatment for PTSD, what other options are available? And where can someone go for help?

Social support for a loved one who has PTSD is of paramount importance. One widely accepted form of treatment for PTSD is face-to-face support from others. While it’s not always easy to connect with someone afflicted, it’s important not to pressure them into speaking. Simply letting them know support is available is the first step.

Professional support is available and is the best course of action for treatment. Severe traumas alter how a person sees and perceives the world. As a result, it may require the intervention of a skilled somatic therapist to bond with the patient and work through the underlying issues. It takes time and dedication from both parties for the traumatized parts of an individual to once again feel safe enough to emerge and then eventually heal.

RELATED  Avoid These Problems in Your Hydroponics Grow

As the stigma around PTSD slowly wanes, society has become much more accepting of the condition. While the best strains for PTSD often help patients, they may, in fact, function best as a supplement to other forms of therapy.