If you haven’t heard of bhang yet, get ready. It’s coming.

The up-and-coming beverage is part Indian cannabis drink, part ceremonial religious token, and part restorative health potion. Originating more than 3,000 years ago on the Indian subcontinent and written into the mythology of Hinduism, the term traditionally refers to the leaves of the cannabis plant. It has since become synonymous with a drink made of cannabis, yogurt, spices, and rose water that is still legal (and consumed regularly) in religious parts of India.

Bhang is also finding popularity in legal Western markets, thanks to loosening regulations, an increased focus on natural health remedies, and the increasing acceptance of medical cannabis.

That 60s Soul That Embraced Bhang

Bhang came to America alongside Eastern religious consciousness in the 1960s, but it’s long been of cultural and medicinal importance in India. Labeled as one of five sacred plants in the Hindu text Atharvaveda, it was said to be the “penicillin of Ayurvedic medicine.” 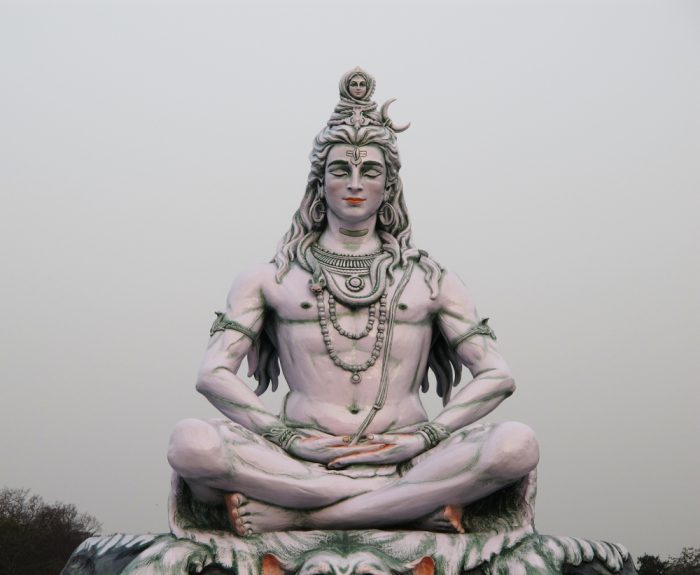 Associated with Lord Shiva, a central Hindu deity, bhang was one of the only forms of intoxication granted to the higher castes in India. For that reason, priests took great care in its creation and presentation. It boasts all the health properties associated with cannabis, such as relaxation and euphoria, as well as increased immunities and better digestion, thanks to the yogurt and spices.

Bhang has always been more than just an intoxicant, however. The open-minded flower child decade brought the drink out of the East and into American hippie culture.

Anyone visiting Northern India will instantly recognize the cultural significance of bhang, just as the British did when they first occupied the country in the 19th century. According to a report by British bureaucrat J.M. Campbell, who was writing to his imperial overlords: “To forbid or even seriously to restrict the use of so holy and gracious an herb as the hemp would cause widespread suffering and annoyance and to the large bands of worshipped ascetics deep-seated anger. It would rob the people of a solace in discomfort, of a cure in sickness, of a guardian whose gracious protection saves them from the attacks of evil influences, and whose mighty power makes the devotee of the Victorious.”

To put too fine a point on it: North Indian Hindus recognize the special properties of cannabis, and used the drink to improve physically, emotionally, and spiritually.

Today, Hindus both young and old consume bhang as part of religious traditions. The religious festival, Holi is celebrated in Varanasi by drinking bhang milkshakes made from cannabis grown in the Himalayan mountains. It’s largely sold in government-run shops throughout the Northern province. But in other cities, such as Patna, elderly ladies sell hand-made bhang balls on the streets of the local outdoor markets.

Bhang is decidedly healthy, which is not surprising considering its history. It’s not unlike a smoothie, and can even be made with fruits.

The ancient Indians prescribed the drink to treat both mental and physical ailments, finding that people who drank bhang reported a stronger constitution, less stress, better mental clarity, and a happier demeanor.

With all that going for it, who wouldn’t want to try it? 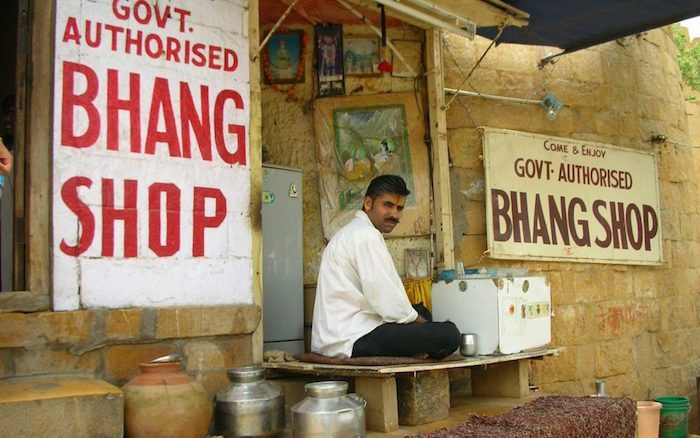 Via Leafly; Bhang is still consumed today as part of traditional Hindu ceremonies.

How to Make Bhang

While there a few different types of bhang drinks, the most common one in the West is a milkshake-like drink known as a “bhang lassi.” Of course, it’s certainly better when crafted by Indian professionals with centuries-old recipes. However, home mixologists can get a rough approximation in their own kitchens, with a little know how. Here’s a simple way to try bhang at home.

First, decarboxylate the cannabis by boiling it for about 10 minutes in a small pot. Once finished, strain the cannabis flower and put it into a pestle with a little bit of hot milk. Crush the mixture with a mortar into a fine paste. Pass this through a muslin or cheese cloth, collecting the liquid in a bowl.

Next, crush up the seeds and spices with hot milk just like you did the cannabis. Keep adding milk as you go. Then, combine the first liquid with the second and — voila! — you’ve got homemade bhang lassi. Add honey or more spices to your personal taste.

Bhang lassi, though made hot, is served cold. And while real bhang uses yogurt, fatty milk will provide much of the same nutrients and benefits. If you really want to add yogurt, however, go ahead. It won’t hurt you. You just may need to experiment for the right flavor.

As with all cannabis products, it’s best to start slow with your homemade bhang. Try just a little bit and see how it affects you. There are stories of travelers to Varnasi trying bhang and hallucinating for two days. You don’t want that. So tread lightly and be smart.

The Must Have Ingredient for Gummies: Beeswax