GW Pharmaceuticals owns Sativex – a spray containing CBD and THC extracted from hemp, with more cannabis-based drugs in the works.

After decades of advocacy work, cannabis is finally breaking into the modern medical vernacular. Legal in a majority of states, recreational in Canada, and updated policies creeping slowly around the world, cannabis as medicine is no longer as controversial as it once was. But it’s not all passionate cannabis consumers bringing cannabis into the light. As the Sativex patent confirms, big pharma has had a hand to play as well.

Undeniably, GW’s work has aided the evolution of cannabis in modern medicine. Over the years, the organizations’ research and investments have developed cannabis into drugs for multiple sclerosis and epilepsy, and now even cancer. That’s right. Big Pharma currently holds the patent for a cancer treatment made from cannabis.

A Sativex Patent for the Treatment of Cancer?

Among the dozens of patents held, GW Pharmaceuticals’ patent for the therapeutic use of cannabis on cancer has existed since 2013. According to their announcement, “The subject patent specifically covers a method for treating glioma in a human using a combination of cannabidiol (CBD) and tetrahydrocannabinol (THC) wherein the cannabinoids are in a ratio of from 1:1 to 1:20 (THC:CBD) with the intent to reduce cell viability, inhibit cell growth or reduce tumor volume.”

At the time of this filing, in 2013, the company had already pursued preclinical work to test the viability of this application. This initial trial, published in Molecular Cancer Therapy, delivered interesting results for the combination of THC:CBD with a chemotherapy called temozolomide for the treatment of Glioblastoma multiforme. In the trials, researchers found that a combination of both delivered much better anti tumor activity even among drug-resistant tumors. [1]Torres, S., Lorente, M., Rodriguez-Fornes, F., Hernandez-Tiedra, S., Salazar, M., Garcia-Taboada, E., … Velasco, G. (2011). A Combined Preclinical Therapy of Cannabinoids and Temozolomide against … Continue reading.

Preclinical Trial On Cannabinoids And Cancer

The Sativex patent and the results of this preliminary work eventually led to a subsequent preclinical trial in 2018. In this study, researchers further refined the hypothesis. As the authors explained, “in this work we explored the anticancer efficacy of the systemic administration of cannabinoids in combination with [temozolomide] in preclinical models of glioma,” all in preparation for a future clinical trial. [2]López-Valero, I., Torres, S., Salazar-Roa, M., García-Taboada, E., Hernández-Tiedra, S., Guzmán, M., … Lorente, M. (2018). Optimization of a preclinical therapy of cannabinoids in combination … Continue reading

Cannabinoids for Cancer is not a New Concept

It is interesting to note that GW’s treatment, Sativex, grew out of a long history of pre-clinical trials and anecdotal evidence supporting the use of cannabis, and cannabis-based products, for tumor reduction.

RELATED  Can The pH Level in Stomach Acid Convert CBD to THC?

Once you start digging, you’ll quickly find dozens (maybe hundreds) of patient stories. In them, people go on at length about their lived experience consuming medical cannabis following a cancer diagnosis. Not only do they report cannabis alleviating the many side effects of radiation and chemotherapy, but in some cases patients report it cured their cancer. These cases not proven, but nevertheless compelling.

On the peer-reviewed end of the spectrum, there is also a growing body of preliminary research exploring cannabinoids’ antitumor properties.

For example, the National Institutes of Health investigated CBD for breast cancer cells, and found this compound slows down cancer growth. Cannabinoids, like CBD, have also been found to target a specific pediatric cancer, neuroblastoma, both in vitro (laboratory) and in-vivo (animal-based) studies. For both kidney cancer and breast cancer, researchers are also getting positive results from early trials.

Although GW Pharmaceuticals’ Sativex patent isn’t a novel concept, it is in relatively advanced stages of research. That is, at least compared to many of the other areas of cannabis and cancer.

Despite the Sativex Patent, It has not Created Any New Medical Applications

Fast forward to 2020, and where has the Sativex patent led in terms of real-world medicines? There have been many proof of concept trials, and as highlighted above, a few preclinical trials, but nothing further.

Initially, when GW Pharmaceuticals received the patent in 2013, it did so in a partnership with another company called Otsuka Pharmaceutical. Together these two companies worked for nearly a decade to get Sativex approved in the US. Otsuka contributed a substantial investment over the years, including clinical trials, drug development, and one can assume lobbying work. In 2017, after the completion of the Phase 2 proof of concept trial on Sativex for Glioblastoma multiforme, these two international pharmaceutical companies parted ways.

It’s not clear what this separation means for the future of this Sativex patent in America. Otsuka was entirely responsible for funding the research and development, and there are reports that GW Pharmaceuticals’ revenues pale in comparison to its research expenditures. Also, Otsuka still owns much of the intellectual property rights (meaning Sativex patents), so any future research will need their permission. It’s a strange and likely uncomfortable situation. 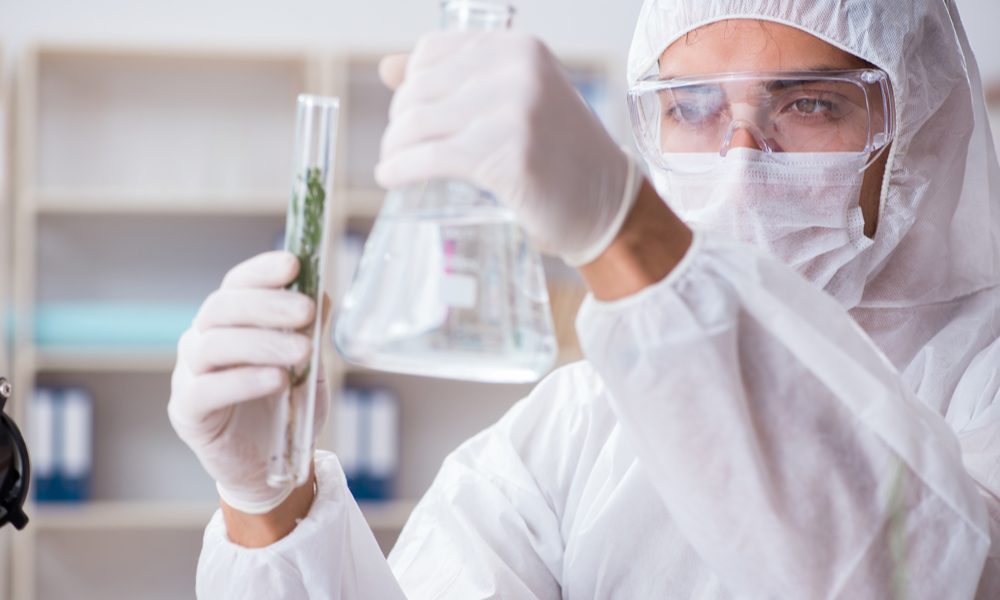 What Does This Mean for Cancer Research?

On the positive side, the patent recognizes the value of cannabis for cancer treatments. And this is not just as a way to counteract the effects of chemotherapy and radiation. But what happens when the partnership is over? It’s unclear how or when GW Pharmaceuticals will have the capacity to pursue the research to support the Sativex patent.

But that doesn’t mean people with cancer are left high and dry. Cannabis is a miraculous plant in many ways because patients can grow and harvest it themselves. Further, while clinical trials help us to understand better the way it works, patients can access the cannabis without turning to expensive pharmaceuticals.

Lastly, even if GW Pharmaceuticals has stalled, cannabis is a hot topic among many pharmaceutical companies. Shortly, we are likely to see many new cannabis-inspired medications hitting the market. In the meantime, keep pushing for access to whole plant medicine.