The effects of THC on specific parts of the brain are one part reward and one part aversion.

THC is a very well known and intoxicating component of cannabis and has been the subject of much scientific investigation. The popular compound is a potent modulator of basic decision making via its interaction with the dopaminergic systems. According to research, THC produces both rewarding and aversive effects in animals, including humans. Interestingly, the exact mechanisms of these opposite effects (bivalent) are largely unknown. But, what is behind the bivalent THC effects?

THC acts via CB1 receptors, which exist widely throughout the brain. Importantly, recent evidence indicates that one particular area of the brain — the nucleus accumbens (NA). This part of the brain is a key component of the reward circuit and is crucial for the effects of THC on cognitive processing. For example, studies suggest that systematic distribution of THC causes dopamine to leave the NA. And dopamine release from the NA assigns a ‘reward response‘ to the stimuli. In this case, the stimuli is the presence of THC.

It is believed that chronic THC exposure may cause long-lasting effects on the neuronal function within this brain region. 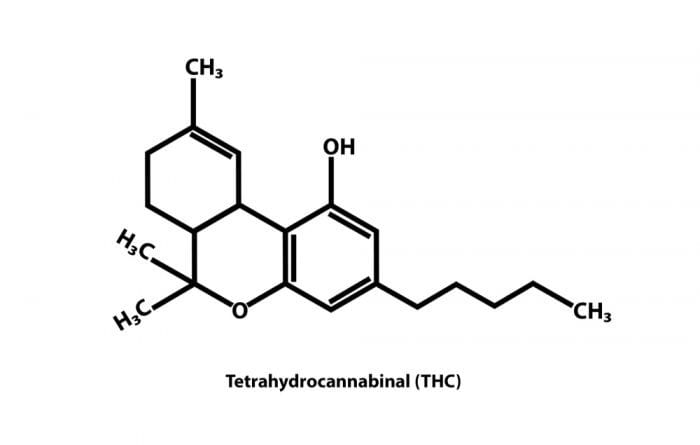 Effects of THC on the Brain Include Both Reward and Aversion

Conducting studies on specific brain areas is difficult and unethical in people, which is why science turns to rodent studies. This model allows for micro-infusion of the subject substance into a specific area of the brain in a controlled manner. This in turn  reveals key mechanisms of how the substance works.

A recent study, published in Science Reports (2019), investigated the direct effects of THC microinjected into the NA of rats. The rodents participated in tests involving reward and aversion processing and social behavior.

Researchers selected two distinct regions within the NA in order to test respective functions: anterior and posterior regions. Small infusion cannulas were inserted into the brains. This allowed the rats to wake up from anesthesia and function normally while investigators injected THC directly into the brain.

THC May Cause Anxiety or Paranoia via Opioid Receptors

A study, published in the Journal of Pharmacology and Experimental Therapeutics (1988), had already explored the functional difference between opioid receptor signalling in the anterior and posterior regions for dopamine-mediated processes.

Evidence suggests THC leads to the release of dopamine in the striatum. This can reduce neuronal network activity when an individual is processing negative emotional stimuli.

However, on the down side it’s also known to cause paranoia, anxiety and negative mood, with a similar dose of THC. This study was the first to suggest that the dichotomy in such responses may be due to THC’s effects on the anterior and posterior regions of the NA via μ- and κ-opioid receptors, respectively. 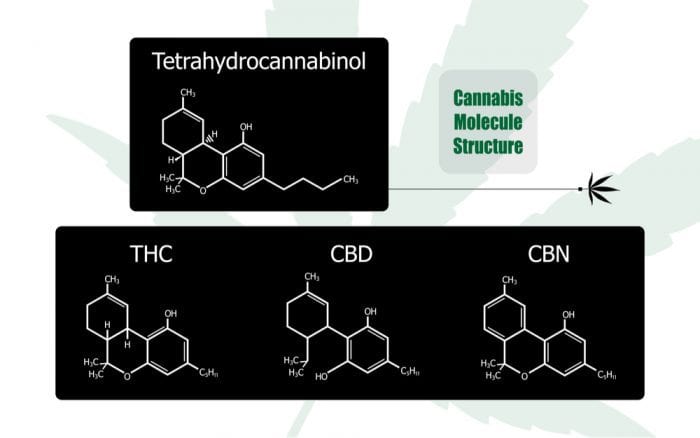 Previous studies also highlighted the interactions between the cannabinoid and opioid receptor systems. Research suggests that THC increases self-administration of heroin in rats. Simultaneously blocking the CB1 receptor within the NA resulted in a reduction of morphine self-administration by the rodents.

Does THC Play a Role in Opioid Receptor Interactions?

In this study, the 100ng microinjection of THC directly infused into the NA of rats. It is important to note that it’s unknown how much THC reaches these brain regions in humans. That would be very dependent on method of cannabis consumption. Another mystery to solve is whether cannabinoids plays a role in THC-mediated cannabinoid and opioid receptor interactions.

Ultimately, the 2019 study demonstrates that THC produces bivalent effects on reward and aversion processing. Additionally, these effects are a result of how the cannabinoid infuses with the anterior and posterior regions of the NA. The findings identify critical functional differences in the NA and may explain why some people get paranoid after consuming THC in larger doses.

The information gleaned from these studies could be invaluable. It may help to open up new and exciting avenues to design cannabis-based therapeutics that focus on improving neurological fitness.

A Greasy Burger Could Make You Better At Absorbing CBD