Right now, it’s all about blue weed. But what is fuelling this popularity spike?

It only takes a quick look at cannabis advertising to see that green is the preferred color of our culture. But, different strains bring a variety of flavors, smells, and names, and even colors. And while blue weed might not be actually blue, it does have a certain indigo hue. This is important to remember when someone tries to sell you some bright blue buds like the ones above. This beauty is a deep indigo from heat reading of grow lights, not from nature.

Can Blue Weed Help with Insomnia, Stress, and Pain?

Unfortunately for those wanting to expand their color options, blue weed isn’t actually blue in color. Although some strains — or chemovars — can have a slight blue tinge to them thanks to a pigment that is also found in some blue or purple fruits. Blue weed refers to a variety of cannabis strains that have a lineage link to the cannabis strain Blueberry. Blue weed strains tend to be high in THC and low in CBD. Also, blue cannabis is often praised for its ability to induce a strong, relaxing but controllable intoxicating effect.

Rumour has it that the original blueberry strain came from a California cannabis breeder called DJ Short, in the 1970s. Blueberry’s name comes from its distinctive profile, which can have a strong taste and smell like blueberries. So what is responsible for this blueberry-like smell in cannabis? 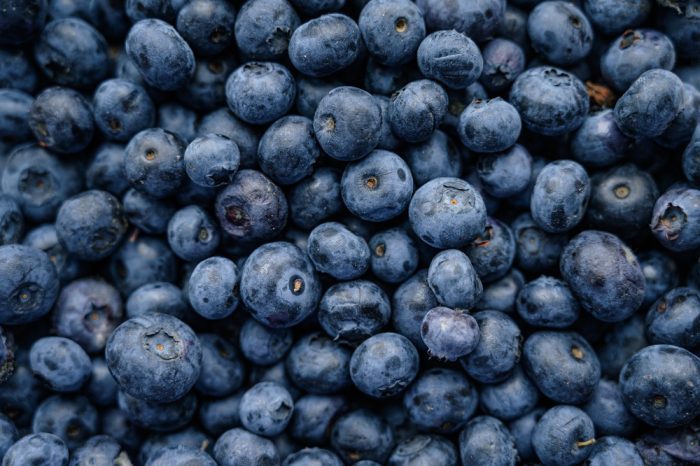 Certain cannabinoids are responsible for delivering an intoxicating effect to consumers while some offer potential therapeutic benefits. THC may offer both. However, it is a different compound in cannabis that causes the distinctive smells of different cannabis strains – terpenes.

Terpenes are active organic compounds that are present, not only in cannabis but, in many plant varieties. There are thousands of terpenes in nature and over one hundred of them exist across different cannabis strains. The main role of terpenes in the plant kingdom is to create a specific scent that will either repel or attract insects and animals. All plant strains, including cannabis, will contain different terpenes at varying levels to result in individual plant scents. Some terpenes are so closely associated with their distinctive scents that they are actually named after the plant they are largely found in. So terpene names like limonene and pinene come from the smell they cause in citrus fruits and pine trees, respectively.

So what terpene is responsible for this blueberry smell?

The Blueberry Terpene of Blue Weed

A study, published in Frontiers in Plant Science (2017), looked into this exact question. Using various volatile organic compound composition analyses, researchers tried to identify the main compounds in the blueberry fruit responsible for its smell. Chemical analysis found fourteen separate terpenes in blueberries with the two main one found to be linalool and 1,8-cineole. Although 1,8-cineole levels actually reduced as the fruit ripened and the blueberry smell became more pronounced.

Linalool, on the other hand, was at its highest levels at the pink stage of fruit ripening and maintained this level through the last phases of blueberry ripening. This suggests that it may be responsible for the smell of ripened blueberries. Other terpenes such as limonene and ⍺-terpinolene were also found in blueberries between the pink and ripe stages of aging. The researchers concluded that a combination of many volatile compounds and enzymes likely work together to create that blueberry aroma. 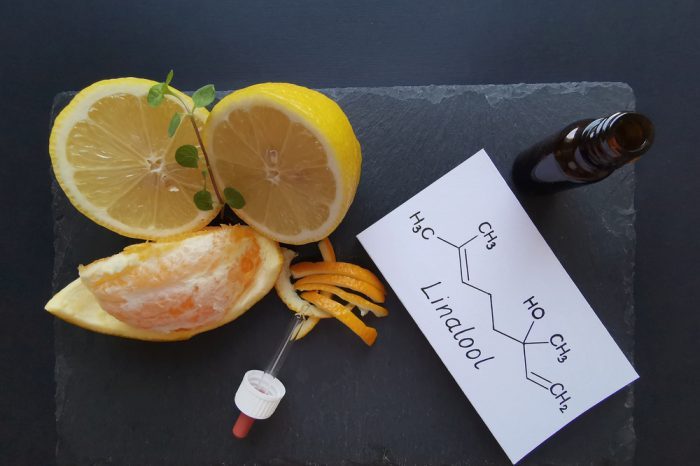 But these terpenes don’t stop at creating a scent, they are also responsible for some significant therapeutic effects. So what effects might you expect from the terpenes in blue weed strains? Studies on a variety of terpenes have indicated the following possible benefits: 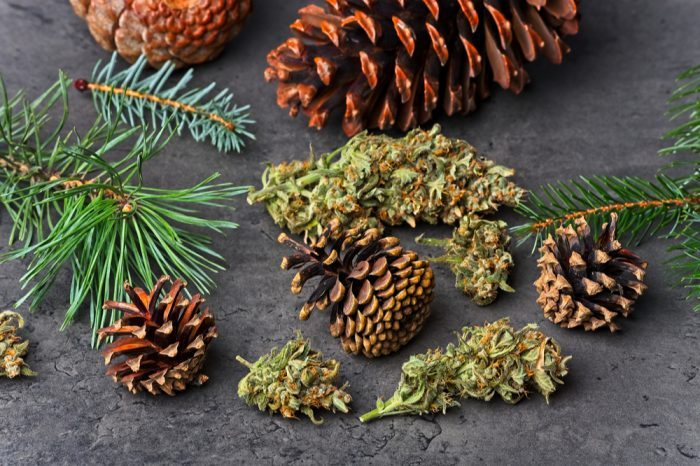 As already mentioned, blue cannabis chemovars usually have high THC content and terpene induced scents, but what about individual strains? One popular blue strain is Blue Dream, a high THC, low CBD cannabis known for its cerebral effects and ability to reduce pain and anxiety levels. The typical sweet blueberry taste of blue cannabis can be prominent in Blue Dream and consumers often describe its intense but relaxing and creative, cognitive effects.

RELATED  Is There a Best Cannabis Strain for Pain?

The terpene content of blue dream should contain a combination of myrcene, pinene, linalool, limonene, and caryophyllene.

Blue Cheese strain is another popular blue cannabis that contains moderate levels of THC and very low levels of CBD. Rather than tasting like blue cheese, this blue weed strain gets its name thanks to its lineage linking it to both blue cannabis strains and a cannabis strain called cheese. This strain is said to be ideal for consumers suffering from pain and lack of appetite and is often described as relaxing and creative. The Blue Cheese chemovar is said to have a fruity but also musty smell.

The terpenes present in Blue Cheese are largely similar to other blue strains, with high levels of caryophyllene and limonene.

Overall, blue weed strains are ideal for those looking for high THC and terpene content. And although the scent and taste makes these chemovars very popular and inviting to consumers there are also lots of health benefits hidden in the blue cannabis terpenes.