Do athletes who partake need to worry about failing a drug test from THC released from fat? Maybe

THC accumulates in fat tissue and can remain there for months. While this may be a hindrance for those who face regular testing, athletes may revel in the effects of sweating THC out of their body fat.

Traces of water-soluble substances like alcohol disappear from the body in a matter of hours. But the fat-soluble substance THC, found in cannabis, often hangs around a lot longer, and sometimes outstays its welcome. While high levels of THC in fat cells present little issue to most, it could, in theory, increase the chances of returning a positive test for cannabis consumption.

How Long Does THC Stay in the System?

Our ability to store fat has an important evolutionary purpose. In days gone by, our ability to store extra energy in the form of fat meant that when the long winter came around, there was an internal source of fuel to rely upon.

For most, that long winter never comes. And the accumulation of fat tissue acts as a storage reservoir for THC. By relying on carbohydrates as a primary fuel source, many never truly burn fat, and thus require considerable time to remove all traces of THC.

It’s impossible to say exactly how long THC remains in the body. It depends upon a huge variety of factors, the most important being the potency of the cannabis consumed, and the frequency of consumption. Anyone consuming ninety-percent THC shatter every day will likely accumulate much more than someone smoking regular flower every other day, for example.

Then there’s the metabolism of the individual. Weight, body fat percentages, diet, and activity levels all contribute to the metabolism of THC. Those who are lean and muscular and burn higher amounts of fat are more likely to eliminate the THC sooner—whereas those with higher body fat levels and lower levels of activity require more time.

RELATED  How To Make THC Pills as Gel Caps 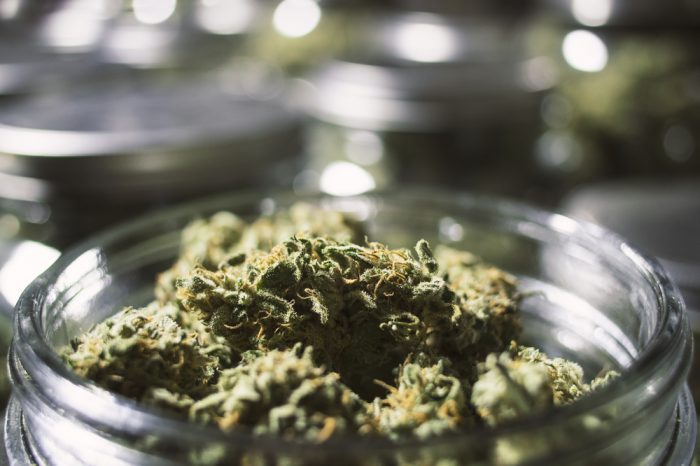 A study published in Basic and Clinical Pharmacology and Toxicology (2014), analyzed the excretion rates of THC across a variety of consumers. The researchers noted that different THC metabolites remain detectable for varying lengths of time. In order to test, the researchers had subjects smoke a single joint. Following the tests, they found that, “serum Δ9-tetrahydrocannabinol (THC) levels are typically below detection limits within twelve hours.” However, its primary metabolite, 11-nor-9-carboxy-Δ9-tetrahydrocannabinol (THCCOOH), remains detectable, “in serum for about one week, and in urine for about two weeks.[1]Westin, A. A., Mjønes, G., Burchardt, O., Fuskevåg, O. M., & Slørdal, L. (2014). Can physical exercise or food deprivation cause release of fat-stored cannabinoids?. Basic & clinical … Continue reading

In frequent cannabis consumers, both THC and THCCOOH might remain, “detectable in blood for up to one month.” They relate the increased detection times to the accumulation and subsequent slow release of THC from fat tissue.

The THC held in fat cells slowly diffuses into the blood over time. However, the rate of this diffusion speeds up under conditions that promote fat utilization—such as fasting and exercise. In both cases, the body will revert to fat as a source for fuel when glycogen levels become depleted.

In the case of athletes, this means that they may experience a rise in THC plasma levels while exercising. The effects of such an increase are two-fold. Firstly, if the athlete consumes cannabis before exercising, then they are likely to feel the cumulative impact of the THC excreted by fat cells as well as the THC earlier consumed.

Secondly, even if the athlete hasn’t medicated with cannabis for a considerable time, the increased plasma levels could trigger a positive test.

Interestingly, exercise seemed to be the most important contributor to the increased THC plasma levels, as researchers noted that fasting “did not significantly alter plasma cannabinoid levels.”

Regarding the possibility of returning a positive test, researchers suggested that, “the interpretation of blood THC levels in roadside and workplace tests might be complicated by recent exercise.” The subjects in the study were regular cannabis consumers, where increased levels of THC stored in fat tissue were more likely.

The chemical structure of THC is remarkably similar to that of anandamide—a fatty acid neurotransmitter excreted during exercise. Named after Ananda, the Sanskrit word for bliss, it exhibits some similar characteristics to that of THC, and often leads to the enhanced mood associated with a runner’s high.

In addition to levels of anandamide, THC excreted from fat cells contributes to increased plasma levels of bliss compounds. As both interact similarly with CB1 and CB2 receptors, it results in a heightened effect where athletes may experience increased feelings of wellbeing. 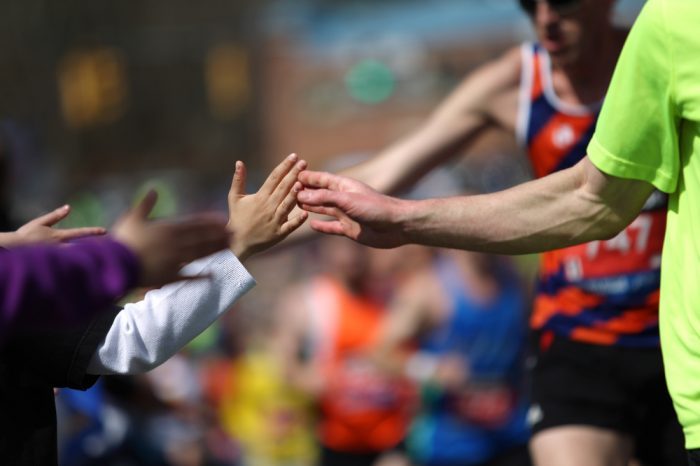 CBD is also fat-soluble. When consuming it, the body stores excess amounts of the cannabinoid in fat tissue, just like with THC. When it comes to testing, this rarely poses a problem. This is because CBD is not intoxicating, and standard urine testing only probes for THC metabolites.

The key to helping the body expel THC from fat cells is to burn more fat for fuel. While exercising and fasting are common, so too are dietary changes. Limiting carbohydrate consumption and consuming more dietary fat switches our body’s primary source of fuel to fat. Over time, the subsequent metabolizing of fat also releases the stored THC.

There do not seem to be any negative issues, such as re-intoxication, regarding THC stored in fat cells. However, those subjected to regular testing will still need to be aware of it.