This drummer has a cannabis epiphany and spends his talents fighting cancer with cannabis.

In the early 70s, a buddy came to school with a pipe he made in his dad’s workshop with a lathe and some fittings. I was amazed and knew right then and there that I wanted to be a machinist. I started my own business making all kind of pipes, grinders, extractors, and because I was a drummer my whole life, I made my own bass drum pedals.

I’m now in my mid 50s, still making pedals and pipes on the side. The machine shop has now grown and family members are taking it over. My life is good except for this ankle pain from playing drums for 45+ years. I have to use a cane to get around, doctor tells me it’s arthritis and nothing they can do.

One day in the middle of some great pain,  I took a big bong hit and felt the pain disappear in minutes. I was still not convinced pot was medicine, but then it happened again. So, I knew at that point.

I tried FECO on my dad for cancer, but felt I was using him like a lab rat just didn’t know enough about it and the dosing, but tried anyways. Since then, I have done my homework on dosing and extraction methods, strains and ratios. So, just one year ago January 15th, one of my best friends with stage 4 esophageal cancer told me they’re stopping his treatment and putting him on palliative care. He asked if I could help. I made him FECO from 1/4 pound of street weed, put into capsules with small amount of coconut oil. He took as much as he could handle (4) caps a day and in March of 2017 he was diagnosed cancer free! 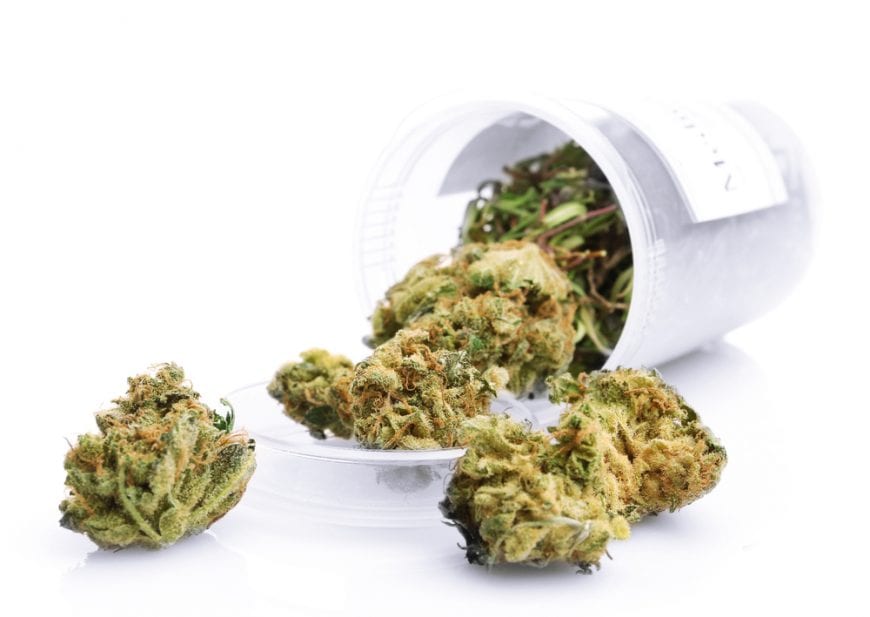 We Grow Our Own Cannabis

In the meantime, my wife and I grow legally in MA. We extract/infuse most flower. We even put the roots in our crock pot – nothing gets wasted. So, we use it topically daily and put it into capsules. Then we take two mild cannacaps a day faithfully because it keeps all the inflammation down (along with turmeric) and can not believe how well it makes us feel. We swear it fixes everything. We won’t miss a day because the pain will come back after a while.

So, all my friends know and come to me for advice. There seems to be a big boom in pets lately too. I’m keeping one dog alive with the infusion, she should have been dead 9 months ago according to the vet.

The RxLeaf Take on Fighting Cancer With Cannabis

Bruce’s story is a microcosm of how evidence-based medicine is supposed to work. While medical science does not (yet) validate fighting cancer with cannabis, this patient certainly used the scientific method to inform his decision-making.

After living for years with pain from a repetitive stress injury in his ankle, Bruce noticed the suffering disappeared after consuming cannabis. That led to a hypothesis: “Maybe cannabis could help my pain.” He followed up with an experiment by re-creating the circumstances that led to his pain-free condition. Again, it worked. His theory was tested.

When his father was battling cancer, Bruce decided to update his working hypothesis. Could the same medicine that helped  his chronic pain also help his father? Was fighting cancer with cannabis possible?

Is Cannabis a Medicine — or An Herbal Remedy?

Bruce made a common mistake when he helped his dad. Cannabis occupies a weird space in the medical industry. It’s considered a natural remedy to some people, and a potent medicine to others.

Because it spans both areas, cannabis cannot be treated by the same rules that govern herbal remedies or pharmaceutical medicines. It must be a mixture of both.

Some patients feel that to be effective at fighting cancer with cannabis, patients cannot merely smoke a joint after chemotherapy. Instead, they feel they need to take a page from science-backed medicine. So they measure precise dosages, and understand the chemovars or strains and their unique blends of THC, CBD, terpenes, and other cannabinoids.

But those precautions alone may not be enough. In the same way that herbal medicine requires a diligent eye for healthy plants and an approach that prioritizes individual reactions over dosage standards and guidelines, patients who are fighting cancer with cannabis feel they must constantly reassess the quality of their medication and its effect on their health.

RELATED  Clinical Research into Cannabis And Cancer is Growing

This is something Bruce discovered after using his dad as a lab rat. Unlike treating his chronic pain, fighting cancer with cannabis was a more involved process. His theory needed more research behind it.

The next time someone turned to Bruce for help to battle cancer, he had better ideas. This time, he made his own full-extract cannabis oil (FECO) using coconut oil and put it into capsules. (Here’s how to do that.)

Then is friend became cancer-free. (Note – RxLeaf does not condone quitting any doctor recommended treatment without the doctor’s consent or knowledge).

Since then, Bruce continues to follow his evidence-based approach — and it’s served him well. His wife and potentially his pets seem to have benefited from the scientific approach to cannabis medicine. (Note -always be careful administering cannabis to pets, as THC is highly toxic to them).

Perhaps medical science should take a page from Bruce’s book and start pushing for more evidence.

Cannabis Helps Me Manage Chronic Back Pain From Surgery