A few common examples of liver disease include hepatitis A, B, and C, liver cancer, cirrhosis, non-alcoholic fatty liver disease, and many alcohol-related conditions. One in four Canadians is at risk of liver disease in their lifetime. In the U.S., the numbers aren’t any better. By some estimates, more than eighty million Americans may have liver disease, some without a proper diagnosis. These statistics are unequivocally unnerving. It’s why liver disease is a growing cause of concern around the world.

Technically, liver disease is a broad definition. It covers over one hundred distinct conditions, all with different causes and manifestations. There are significant differences between each condition (for example, hepatitis versus cirrhosis), but many have an underlying similarity in their connection to the endocannabinoid system.

Medically, there is a developing interest in the endocannabinoid system as a novel therapeutic target for many types of liver disease. Of course, whenever the endocannabinoid system comes into play, it naturally leads to inquiries about cannabinoids. Could cannabis help fight liver disease? It turns out, cannabis may have benefits in some cases — but is likely not broadly applicable. In short, the answer is a complicated one.

Generally, society associates liver disease with alcohol abuse, but it’s not just excessive alcohol consumption which can damage to the liver. According to the Canadian Liver Disease Foundation, liver cancer is one of the “fastest rising and deadliest” types of cancer. Poor diet causes non-alcoholic fatty liver disease. It’s even possible to cause liver failure by taking too much acetaminophen, which is a pain killer. This risk may be escalated by combining with CBD.

In some countries, liver diseases are the fifth leading cause of death. Not all causes of liver disease are completely understood. However, rising rates of alcohol consumption and unhealthy diets are likely to blame for a large number of cases. But, as there is no single cause for liver disease, there is also no all-encompassing cure.

RELATED  Cannasugar: Sprinkle That On Everything!

Cannabinoids like THC and CBD might not offer a miracle cure the world so desperately needs for this chronic disease. However, new research indicates these compounds could have valuable liver-protectant qualities. Qualities that could limit the impact of the disease and help improve liver function, if researched and studied more.

Thanks to a growing scientific understanding, the endocannabinoid system has become a topic of discussion as a potential avenue for the treatment of hepatic disease.

Researchers Hemant Goyala and M. Rubayat Rahman, et al. explained how several common liver diseases are mediated by endocannabinoids and endocannabinoid receptor activity. In their paper, that appeared in the European Journal of Gastroenterology & Hepatology (2018), they detail how CB1 receptors mediate liver cirrhosis, a condition resulting from permanent scarring of the liver. There are also reports among patients with hepatitis that there is an increase in endocannabinoid expression.[1]Goyal, H., Rahman, M. R., Perisetti, A., Shah, N., & Chhabra, R. (2018). Cannabis in liver disorders. European Journal of Gastroenterology & Hepatology, 30(11), 1283–1290. doi: … Continue reading

Scientists hypothesize that the increased expression of endocannabinoids also increases apoptosis of hepatic cells. Furthermore, endocannabinoid receptors may be responsible, in some manner, for obesity, as it can modulate appetite. There is a growing assumption that blocking CB1 activity could be a “promising therapeutic strategy” for non-alcoholic steatohepatitis (a fatty liver disease). 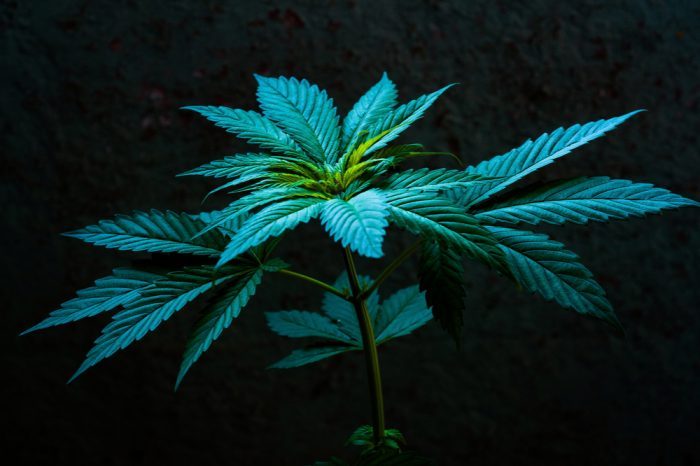 Cannabis and Your Liver: Research Supporting its Protective Properties

With so much attention now focused on how the endocannabinoid system could play a part in the treatment of several common liver diseases, where does cannabis fit in?

Cannabis contains hundreds of natural compounds, including over one hundred cannabinoids. Cannabinoids seamlessly integrate with the endocannabinoid system to influence its system-wide regulatory role.

The study was performed by a team of international scientists, and explored CBD as a treatment for rats experiencing liver failure. Throughout the study, the researchers assessed the animal’s cognitive function in relation to CBD treatment. Post-mortem, they also examined the livers for increased levels of certain compounds and metabolites.

RELATED  Most CBD Infused Products are not Worth Your Money

CBD Restores the Function of a Liver in Disease Mode

In the group of rodents given CBD, the researchers discovered lower levels of ammonia, bilirubin, and enzymes in the animals’ livers. According to the team’s conclusions, this indicates that CBD restores liver function, even during liver failure.

In another win for CBD, in 2011 scientists discovered the ability of CBD to slow down the progression of fibrosis, which is a liver disease caused by scarring. The team behind the study, published in the Journal of Cell Death and Disease, detailed how the activation of hepatic stellate cells trigger increased fibrosis of the liver. Treatment with CBD results in apoptosis (cell death) of these problematic activated hepatic stellate cells. The authors concluded that CBD, “represents a potential therapeutic agent for the treatment of liver fibrosis.”[3]Lim, M. P., Devi, L. A., & Rozenfeld, R. (2011). Cannabidiol causes activated hepatic stellate cell death through a mechanism of endoplasmic reticulum stress-induced apoptosis. Cell death & … Continue reading

In many studies to date, cannabis seems to protect against scarring of the liver, and perhaps even increases liver function. The plant may even protect against liver damage from alcohol consumption. 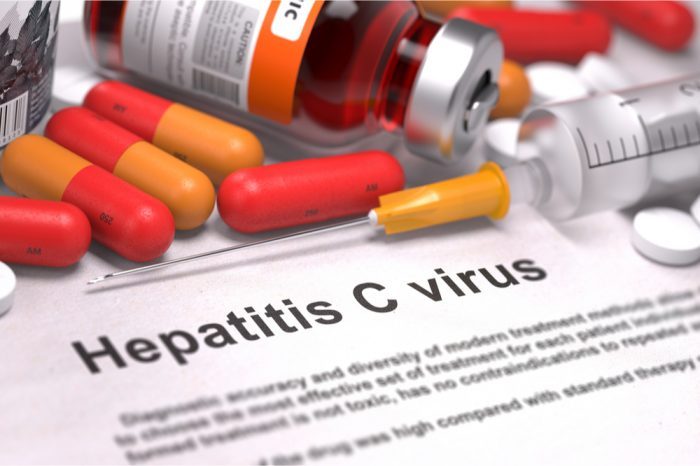 Since liver disease describes a collection of a wide variety of conditions, it means that cannabis may not be equally beneficial for every ailment. For certain diseases, cannabis consumption might even prove detrimental. Hepatitis C may be one of these conditions.

A study published in the Journal of Hepatology (2005), detailed how regular cannabis consumption among patients with hepatitis C increased the plasma levels of the virus. Cannabis consumption also worsened the fattening of the liver and led to fibrotic changes.[4]Hézode, C., Roudot-Thoraval, F., Nguyen, S., Grenard, P., Julien, B., Zafrani, E.-S., … Mallat, A. (2005). Daily cannabis smoking as a risk factor for progression of fibrosis in chronic hepatitis … Continue reading

As such, patients are advised to work closely with a knowledgeable physician before introducing cannabis consumption into their treatment.

Exciting Potential of CBD and THC

The research shows, however, that cannabinoids hold immense potential for some types of liver disease. So far, CBD may be valuable for the treatment of liver fibrosis as well as for hepatic encephalopathy.

Clearly, the consumption of cannabis for liver disease is not straightforward, and there are many nuances that need to be worked out through robust clinical studies. Thankfully, among patients and physicians, there is an escalating demand for research into how cannabis compounds can protect (or hinder) liver function.