Western society has an obsession with keeping that youthful glow for as long as possible…and now CBD.

With all the research into the medicinal benefits of cannabis, there are new uses coming up all the time. While the most known properties include pain-relief and anti-anxiety benefits, the latest excitement is its potential for anti-aging. Can cannabis really help bring back a youthful glow?

The answer would be yes, according to the multitude of CBD face products on the market. From moisturizers and eye creams to face masks and bath products, the new craze for cannabis skincare has taken the market by storm. But, what does science say about the ability of cannabis to turn back the hands of time?

CBD is the new Skincare Buzzword

There are many different active compounds in the cannabis plant, including terpenes and cannabinoids, but only one of these has become the focus of skincare: CBD.

CBD is not to be confused with its more infamous cannabinoid sister THC. Tetrahydrocannabinol (THC), is a therapeutic active cannabinoid, but unlike CBD, it has an intoxicating effect. THC’s method of action is also different, inducing its effects by activating cannabinoid receptors like CB1 and CB2. 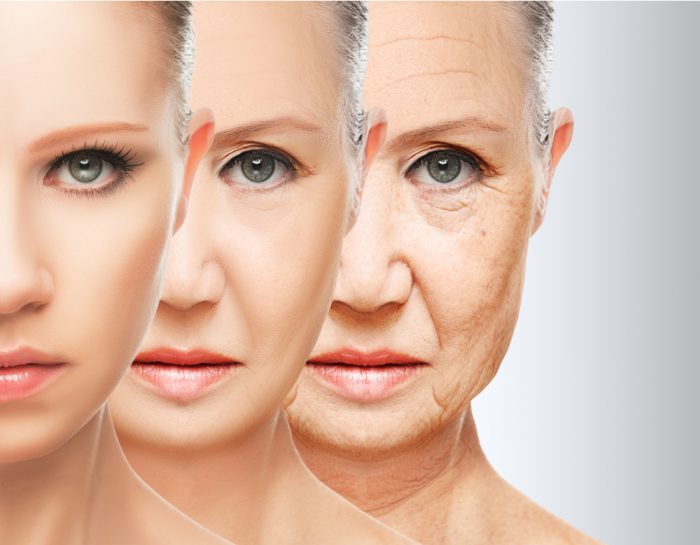 One of the classic signs of aging is the development of wrinkles. Wrinkles form as the elastin in skin starts to degrade. Elastin is a connective protein that allows the skin to return to its original form after contracting or stretching.

Aging is also associated with the development of rough and thinning skin, as well as uneven pigmentation. One of the main culprits for these aging signs, including wrinkles, is oxidative stress.

Reactive oxygen species, or ROS, are a key part of normal biological functions and cellular metabolism. However, high amounts of ROS can damage DNA through oxidative stress and alter the RNA, lipids, and proteins that are crucial for normal cell function and the maintenance of youthful skin. The ROS, or free radicals, that can damage your skin include hydrogen peroxide, superoxide, and peroxynitrite radicals.

CBD Could act as an Antioxidant

Antioxidants are an effective way to fight the signs of aging, induced through free radicals.

An antioxidant refers to a molecule that is able to donate an electron to the free radicals that contain an unpaired electron. This electron transfer neutralizes free radicals and can, therefore, stop the damage done to skin cells as they search to pair their free electron. The body naturally produces some antioxidants, including uric acid and glutathione. Unfortunately, cells contain low concentrations of antioxidants and so these must be acquired from food and other sources in order to effectively combat free radical damage.

The results showed that CBD demonstrated antioxidant activity, indicating that it may have anti-aging benefits. 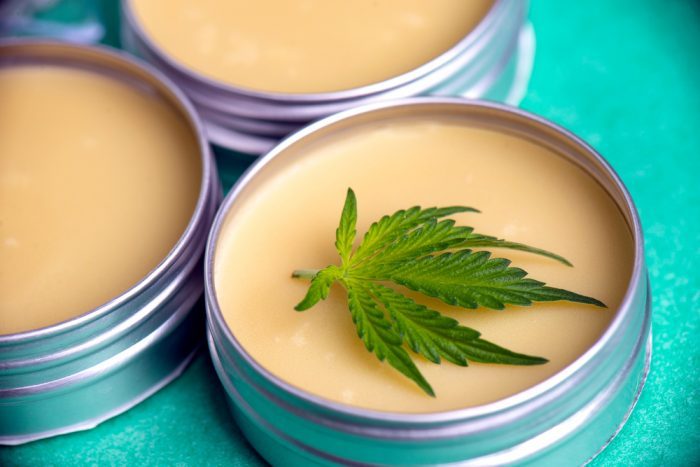 Another 2019 study from Poland — published in Cells — found that CBD significantly enhanced the activity of antioxidants, like superoxide dismutase and thioredoxin reductase. Researchers applied CBD to keratinocyte cells treated with UV radiation. Impressively, CBD also resulted in the prevention of lipid peroxidation and increased the expression of Nrf2 activators to stimulate transcription activity. This is the first step in gene expression and maintains integrity and vitality of cells.

The researchers also found that CBD may exert its skin protective effects by inhibiting the NFkB pathway and acting as an anti-inflammatory.

It seems that most people either suffer from acne or wrinkles, and sometimes even both at the same time!

But coming to the rescue again, is CBD. With its anti-inflammatory and antibacterial properties, research has linked CBD to acne treatment. CBD has demonstrated the ability to reduce inflammation by increasing ⍺ GlyR receptor expression and modulating the glycinergic cannabinoid-induced suppression of inflammation. Antibacterial therapy is also regularly used to treat acne, which CBD has also demonstrated.

But, CBD doesn’t stop there. A study — published in The Journal of Clinical Investigation (2014) showed that CBD might also reduce acne by decreasing sebum production. Excess sebum and oil is a major cause of acne. This study found that when researchers applied CBD to human sebocytes and human skin culture, the inhibition of oil production was seen in a range of compounds. CBD also resulted in an anti-inflammatory and antiproliferative effect, further pointing to CBD’s effectiveness as an acne treatment.

So it could be that cannabis, and CBD in particular, are the next warriors in the anti-aging battle. Could these moisturizers return your youthful skin? Science says it’s worth a try.

What Can CBD Cream do for Your Beauty Regime?