There’s recent worry about CBD converting to the most potent form of THC as a result of  isomerization while in stomach acid. That’s mostly theoretical.

A person’s chosen cannabis consumption method will have a significant impact on how it affects the human body. When a consumer inhales, THC absorption occurs nearly immediately into the lungs before it quickly reaches the brain. When a consumer ingests THC, the cannabinoid takes a very different metabolic pathway. This results in different chemicals forming in your body. One of these is the very potent 11-hydroxy THC.

Ingested THC slowly travels through the digestive tract to the liver, where it converts into 11-hydroxy THC. This metabolite crosses the blood-brain barrier. In doing so it produces profoundly stronger and longer-lasting intoxicating effects compared to the originally consumed THC. These differences — in combination with increasing legalization and availability — lead some to believe that edibles are dangerous.

Yes, edibles are safe when consumed appropriately. Problems usually occur when a consumer has too much too quickly. And even then, some suggest that the best remedy is time. Proper labeling, consumption, and knowledge translation practices can prevent these problems from ever occurring.

For example, in an attempt to prevent consumers from accidentally ingesting too much, the Canadian government has a plan. It has implemented a law that requires no individual package of cannabis edibles can contain over 10-mg of THC. However, a 10-mg dose could be substantial for a new consumer so those new to cannabis — and edibles in particular — should always “start low and go slow” according to Health Canada. Also, always be aware of how much THC a cannabis edible contains. 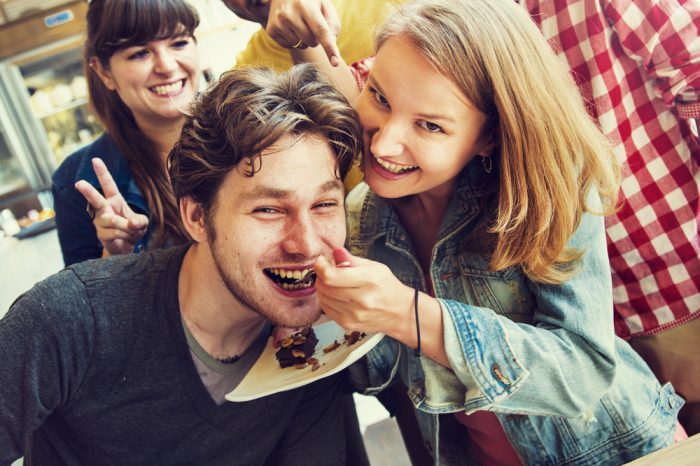 RELATED  What is Potency and Does it Help Cannabis Patients?

However, recent investigations show that scientists can successfully convert CBD to THC. It is done in an acidic environment that could potentially mimic the human stomach. Such a conversion could be highly problematic. If CBD converted to THC in the stomach, it would then turn into 11-hydroxy THC in the liver. As previously mentioned 11-hydroxy THC would then produce powerful intoxicating effects that could catch even seasoned consumers by surprise. The potential conversion of CBD to THC requires further exploration.

The Conversion of CBD to THC in Acid

The conversion of CBD to THC — which scientists call isomerization — is possible in an optimally acidic environment. A necessary acidic environment means that potential conversions in the human body would only occur after the ingestion of cannabis. So, inhaling cannabis or applying to the skin will not allow these conversions to occur. In one study, published by the International Cannabinoid Research Society (2016), scientists artificially created gastric fluid consistent with the pH level of the human stomach and dissolved CBD in methanol. 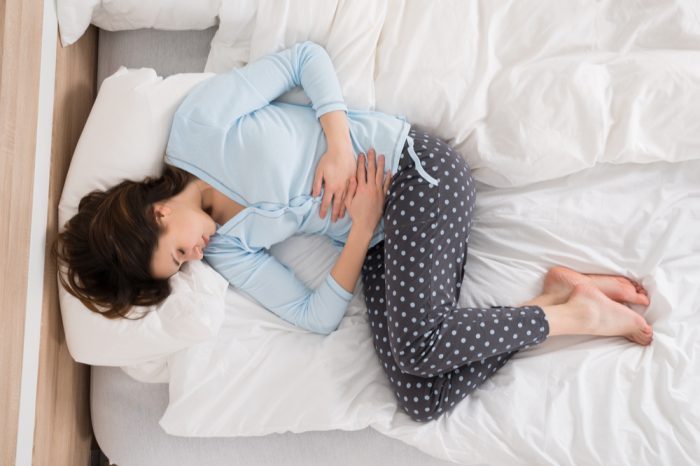 Can Ingested CBD be Converted to 11-Hydroxy THC?

Based on the best available scientific evidence, thankfully the answer is no. In animal studies in which researchers gave rats and minipigs doses of CBD, the researchers concluded that no THC or 11-hydroxy THC was present in the animals’ blood or plasma.

Furthermore, in a study recently published in Cannabis and Cannabinoid Research (2019), researchers investigated the hypothesis that  CBD could convert to THC within humans.

Taking part in the study were one hundred and twenty healthy adults, separated into fed and fasted groups. Only non smokers with no history of drug or alcohol dependence were eligible. Participants received an oral solution of 300-mg of CBD dissolved in corn oil. The 300-mg dose amount came from a previous study — published in Frontiers in Pharmacology (2017) — that suggests it produces a small anxiolytic (anxiety-reducing) effect and another study in which researchers found an improved quality of life in patients with Parkinson’s disease.

RELATED  Which CBD Oil Is The Right One?

The results showed that the standard clinical dose of CBD did not convert to THC in either the fasting or fed groups. This outcome is consistent with a comprehensive review, published by the International Cannabinoid Research Society (2017), which concluded that CBD research conducted over the past forty years does not suggest a conversion of CBD to THC with oral administration.

Isomerization of CBD to THC is possible in an acidic environment designed to mimic the human stomach. However, these findings only took place within a lab setting, and not in the real world. The human stomach contains numerous enzymes and metabolic pathways that scientists cannot easily replicate in a lab. Other gastric factors may stop the conversion from occurring, preventing ingested CBD from ever becoming 11-hydroxy THC.

The World Health Organization Weighs In

The World Health Organization recently stated that “Overall, there is no evidence that this [THC] transformation occurs in humans after oral CBD administration.” The successful conversion of CBD to THC is not so much a health hazard, but a potential problem for law enforcement agencies in countries or states where CBD is legal but THC is not. Cannabis consumers should continue to feel safe when eating their CBD edibles as there is no current evidence to suggest a surprise 11-hydroxy THC high awaits them.