Can CBD Oil Cause Nightmares?

Austrian neurologist Sigmund Freud once said that dreams are the “royal road to the unconscious.” From lucid dreaming, to analyzing the deep metaphorical meanings behind many of our dreams, there are countless ways to analyze them and gain insight into deeper subconscious realms.

There are five distinct phases of sleep. But, it’s during the REM stage (Rapid Eye Movement) when people tend to dream most vividly. Ultimately, better sleep means accessing deeper states for longer periods. By sleeping more soundly, individuals drift into deeper states of regenerative rest, and it’s here where the dream world manifests into conscious awareness.

CBD consumers report a wide variety of effects on dreaming. Some report not dreaming at all. Others report poor dream recall. But an increasing number report experiencing nightmares and other strange dreams. Could CBD oil send people on terrifying journeys into the metaphysical realms when the lights go out? All science thus far indicates that CBD oil improves sleep. People are still having nightmares, however. So where are they coming from?

How Does CBD Oil Help Sleep?

Many scientific studies demonstrate how cannabis benefits sleep. Small amounts of THC, along with CBD and various terpenes in differing ratios, all exhibit positive effects on sleep.

While CBD may benefit sleep by helping symptoms of anxiety and pain, one other notable compound that impacts sleep is myrcene, a terpene widely known for its sedating effects. Many CBD extracts are rich in myrcene, and this compound plays a more significant role in bringing on sleep than many realize.

A study published in The Permanente Journal (2019), investigated the effects of CBD on both anxiety and sleep. Unsurprisingly, CBD had a positive impact on anxiety among patients, with scores decreasing by eighty percent. Sixty-six percent of the patients then reported better sleep, although researchers noted that this fluctuated over time.

While proving that CBD helps sleep, the study hinted at how anxiety affects sleep. Unfortunately, those who suffer from anxiety often find it defining their identity. And all too often, worrying that something will negatively impact sleep in turn, impacts sleep. 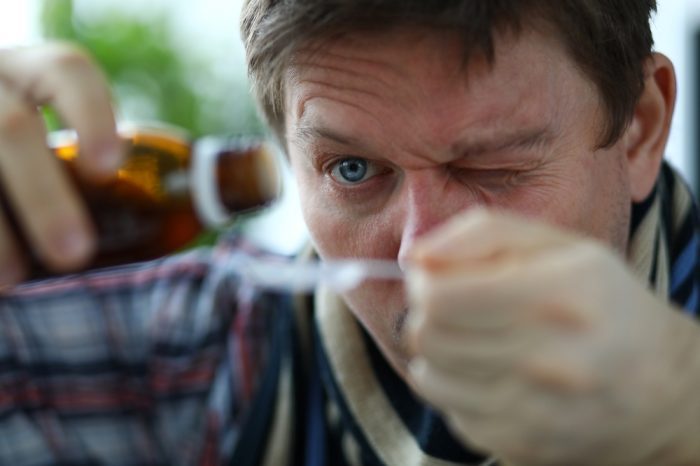 Does CBD Oil Cause Nightmares? Or Does Anxiety?

In a study published in NeuroImage: Clinical (2019), researchers found that those suffering from a nightmare disorder experience an increased response to bodily sensations during REM sleep. Researchers postulate that this is responsible for increases in susceptibility to unpleasant dreams. With the understanding that CBD enhances REM sleep to some degree, the evidence still suggests that it is not CBD provoking the nightmares. Instead, it’s the underlying anxiety in the patient.

In the 2019 NeuroImage: Clinical study, the researchers monitored the brain activity of subjects by analyzing heartbeat-evoked potential (HEP). This parameter measures the response of the brain to the heartbeat and reflects mind-body interaction—or how deeply we feel into the body. Anyone in a high state of stress will often exhibit an increased HEP reading.

Researchers uncovered that those susceptible to nightmares had increased HEP scores, something they measured in the frontal section of the brain where emotional processing occurs. The researchers also connected increases in HEP to REM sleep, and now believe that a high HEP score increases the potential for nightmares.

The fact that CBD is not causing nightmares, but rather CBD is helping us reach deep sleep states where we’re more likely to have nightmares leaves further questions. For example, is CBD an appropriate treatment for those who suffer night terrors or PTSD?

Is CBD Appropriate For Those With PTSD?

A study published in the Journal of Alternative and Complementary Medicine (2019), investigated the use of CBD in the treatment of PTSD. One common symptom for those with PTSD is consistent nightmares, where unfortunate individuals continually relive their trauma.

The study involved the administration of oral doses of CBD, along with routine psychiatric care. According to researchers, “CBD appeared to offer relief in a subset of patients who reported frequent nightmares as a symptom of their PTSD.”

It’s important to note that patients also received routine psychiatric care during the study, something that no doubt helped tackle the root causes of the issues. So if you’re asking, “can CBD oil cause nightmares for those with PTSD?” – the answer is that it is more likely to help the condition if you pair it with psychological treatment of the disease.

Can CBD Oil Cause Nightmares or Merely Show us What’s There?

The studies cited seem to suggest that underlying anxiety and fear are the principle causes of nightmares. It may be that CBD merely clears that “royal road to the unconscious” that Freud describes by placing the consumer in a deep,  restorative, state of rest.

While many are quick to blame CBD for nighttime terror, it may well be that there’s something deeper down within many of us that wants to be heard and acknowledged. Rather than blame CBD, perhaps we should embrace it? After all, it is highlighting those suppressed parts of ourselves that we’ve tucked away deep down as a survival mechanism in what is (for many of us) an ever more dysfunctional culture.

An Evolving Understanding of CBD

While scientists can explain the mechanisms of action behind CBD use in some cases, in many others, they can’t. With limited scientific evidence and the gray legal area associated with CBD, it seems prudent to reserve judgment for now on the exact workings of cannabidiol as it relates to nightmares. The benign nature of CBD invites rampant experimentation. And such widespread consumption of a compound, before all mechanisms of action are understood, is almost unheard of in modern scientific times. 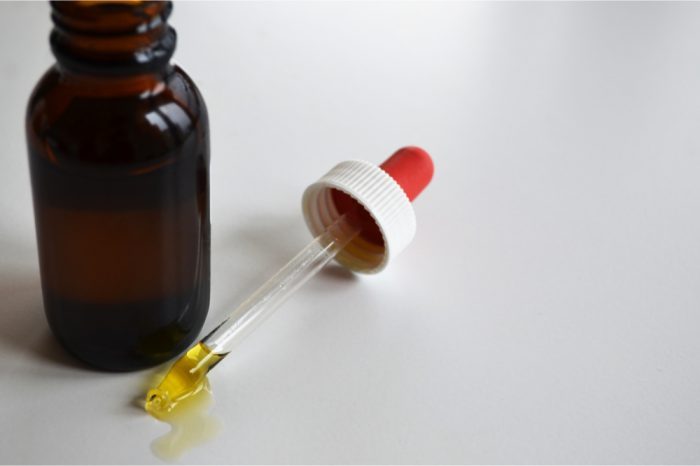 The Mystery of Consciousness

In reality, consciousness is a great mystery. What goes on in those deeper realms may well be the biggest things out there for science to solve still. Like many of our plant allies, cannabis gives us the keys to explore some of those deeper realms. Sometimes it’s in venturing responsibly and with intention—rather than blindly consuming an off-the-shelf product— where the benefits can lie.

Everyone has suppressed parts of themselves, and traumas tucked away in deep corners of the subconscious.  Perhaps we should be more wary, rather than recklessly believing the “cure-all” hype around CBD. Perhaps, we should consume it more responsibly and methodically, as a tool to help navigate these deeper realms within ourselves. This begins by doing the hard work of healing oneself; until which point, we should all be wary of wandering in realms where we’re not competent wandering in.

That being said – CBD is helping a lot of people get a lot more sleep. Perhaps if you find yourself having a sudden upsurge in nightmares after taking CBD for sleep, the correct solution is to talk to a therapist who can help you address the underlying trauma you may be carrying.