Traveling With Cannabis: Can I Take Weed Across the Canadian border?

What happens when you try to bring cannabis over the border from a legal state into Canada, a fully legalized country? You can’t.

It’s been over a month since the Cannabis Act went into effect to legalize recreational cannabis in Canada. There is a lot of excitement surrounding legalization. However, it has also created uncertainties about border crossings and legalities of carrying your own stash. So, can I take weed across the Canadian border?

Treatment at the Border

Asking yourself ‘can I take weed across the Canadian border?’ is a valid and warranted question. Even Americans remain apprehensive about what treatment they will receive attempting to cross the border back into their country. Same applies to other Canadian tourists and business people who work in cannabis related industries. A number of people imagined that it will be as easy as ABC to ferry their cannabis into the new pot paradise, however, it appears that this is not the case.

Petite Henry witnessed firsthand the absurdity of legalization in Canada as she attempted to cross the border with the legalized herb. Henry is a PTSD sufferer for a while now; it was triggered by the loss of her only two children to suicide. In fact, the aim of her visit to Canada was to seek consolation from a new found friend (Bobbie Cameron) who had suffered a similar loss to suicide.

During this period of her grief, cannabis was the only medication giving her peace of mind, at a time that she needed it the most. She boarded on the American side with a thirty-day supply of her medicine, which amounted to 6.5 grams in oil and edible form. Unfortunately for her, it was all seized by Canadian border patrol. Petite reports that she was detained for two and a half hours at the Halifax Stanfield International Airport.

For Petite, it is very confusing that a licensed cannabis patient cannot enter with a medicine that was now fully legal, even for recreational consumption.

How This Situation Occurred

Petite and her new friend, Bobbie Cameron have both been devastated by suicide; Cameron’s son, brother, father and nephew plus Petite’s only two children took their own lives. The two connected through an online grief support group and immediately struck a friendship. Soon after, they decided to meet in Halifax and start a support group for women in a similar suicide situation. Before her trip, Petite reports that she consulted with United Airlines, who confirmed that she could bring her medical cannabis along. So, what happened?

According to Len Sanders, an immigration attorney based in Blaine:

“A lot of people in Washington State thought Canadians would be coming down and buying marijuana and taking it back to Canada, just like they do with cheap booze and cheap milk and other kinds of products. Then they found out the Canadian government did not allow anyone to import cannabis into Canada.” 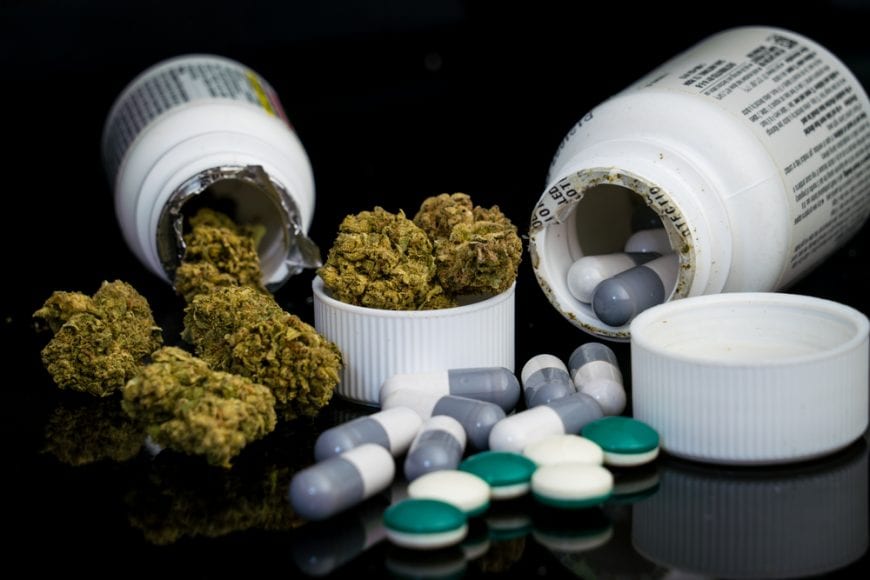 Petite reasoned that if she could carry any other prescription medicines with her, why could she not carry her medical cannabis as well? How could this be seen as an “importing of cannabis?”  Border patrol officers confiscated her medicine and insisted that she look to purchase her cannabis from a store in the province. Petite has found it almost impossible to find the medicine she needs – edibles and oils.

Petite had her first bout of PTSD in 2003 when she lost her son, a similar tragedy reoccurred in 2014 when her remaining daughter took her own life.

So, Can I Take Weed Across the Canadian Border?

In spite of the legalization, it is illegal to bring cannabis into Canada. Even from a state where cannabis is legalized. Should you have cannabis with you when you enter Canada, you must declare it to the Canada Border Services Agency. Failure to do so means you risk facing enforcement action. This may include hefty penalties, arrest and prosecution. This is still the case even when you are transporting cannabis for medical purposes.

According to Len Sanders, the federal government should consider amending the Cannabis Act. He thinks they should allow the transportation of cannabis from states where it’s legal into Canada. It’s quite shocking that you cannot carry your pot into the cannabis paradise? If you can carry your booze and any other prescription meds, why can’t you carry your prescription cannabis as well? What is the point in seizing cannabis at the border, and then asking patients to go around looking to buy in Canadian shops?

For Petite Henry, the priority is to launch her support group for PTSD patients. She’s working to help those affected by the suicide of close family members. She hopes that no other patient will have to go through similar treatment in the future.