Rick Simpson’s story of beating cancer with cannabis is legendary but not everyone is so lucky.

Rick Simpson Oil (RSO) is maybe the first mass-marketed cannabis-based super drug. It promises to do everything from stopping headaches to curing cancer. But does the extract really live up to the hype — and who is the man behind the ‘miracle medicine?’

The story is practically legend by now. Rick Simpson discovered the healing powers of cannabis after he took a nasty fall while working at a hospital. Simpson was knocked unconscious, and his doctors subsequently prescribed painkillers. But his headaches and dizziness never went away. Desperate for help, he turned to cannabis.

In the years that followed, Simpson began cultivating his own special kind of cannabis extract. Created in his backyard from THC-rich indica strains, Simpson began treating all sorts of ailments with his homemade potion to great success. Remarkably, he claims he even cured his own skin cancer through regimented RSO doses.

It’s an incredible story. And science has done a lot of catching up in the years since Simpson first began giving away free vials of his RSO from his farm. So, does science back up or refute his claims?

More to the point: Can RSO cure cancer? 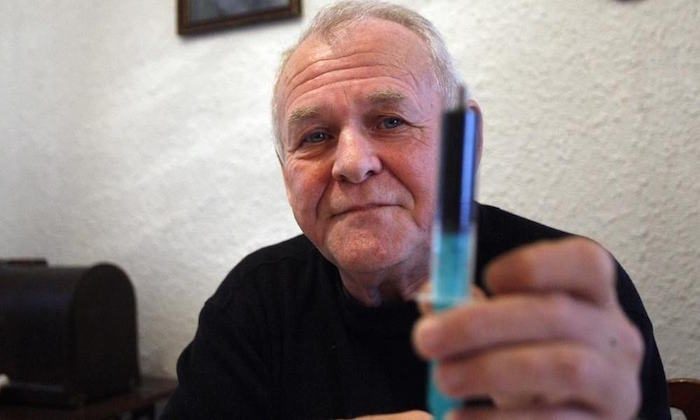 Via High Times; Rick Simpson with a syringe of RSO.

Rick Simpson is Not Alone in His Testimony

Before we get to what science says about Rick Simpson, it’s worth examining other pioneers in cannabis-based cancer treatments.

Three year old Landon Riddle, from Utah, was diagnosed with lymphocytic leukemia (a type of bone and bone marrow cancer). After getting the diagnosis, Landon began the standard regiment for fighting cancer. He didn’t, however, respond well to chemotherapy. It made him violently ill and his mother worried that it would end up killing him.

Facing an eight percent chance of survival, Landon’s future looked like a void. Nothing seemed to help and even the opioids he was prescribed made him sick to his stomach. Landon’s mother couldn’t bear to see her toddler in pain, so she opted to include cannabis-based medicine to help with nausea and pain management.

Then there’s Melissa Etheridge, the singer-songwriter. She was diagnosed with breast cancer, and fought the disease with a combination of chemotherapy and cannabis-based treatments. The weed worked so well that she started her own medical cannabis business after she beat back the tumors in her chest.

There are hundreds of these anecdotal cannabis success stories, but not every story has a happy ending. Many a cannabis advocate has declined traditional cancer treatment and then died from the disease. Many have seen their cancer go into remission using cannabinoid therapy, only to have it come back terminal. Truth is, there is no magic ‘cure’ for cancer.

What the Science Reveals About RSO and Other Cannabis Medicine

Despite what advocates and activists say, there’s sparse evidence that cannabis cures cancer in the human body. Some of this is because prohibition has place limits on the progression of research. This has made it difficult for researchers to bring early lab results to human clinical trials.

A lot of studies have come to similar conclusion made by Dr. Manuel Guzman, a professor of biochemistry and molecular biology at Complutense University in Madrid, Spain. Guzman first authored a brochure on cannabis-based cancer treatment in 2013. He concluded that while evidence exists that some cancer patients respond positively to THC, much more research is needed.

Since then, scientific consensus has become more nuanced — and decidedly more pro-cannabis. But oncologists are still a long way off from advocating cannabis as a cure for cancer. Some won’t even prescribe it as a treatment. Instead, today’s thinking posits that cannabis is effective in helping with the symptoms of cancer, not treating it. That’s an important distinction.

A study, published in Current Oncology (2016), champions the consumption of cannabis in managing cancer symptoms, especially pain, nausea, anorexia, and depression. All of these symptoms occur either as a direct result of tumors or from side effects associated with conventional treatment (chemotherapy, radiation, etc.) of those tumors.

But when it comes to curing cancer, the study — along with others — hedges its bets. It states that cannabis has anti-cancer effects and definitely causes apoptosis (programmed cell death) and can even prevent cancer from metastasizing. But few of these have made it past testing on cell lines (in the lab) or animal models (rodents). 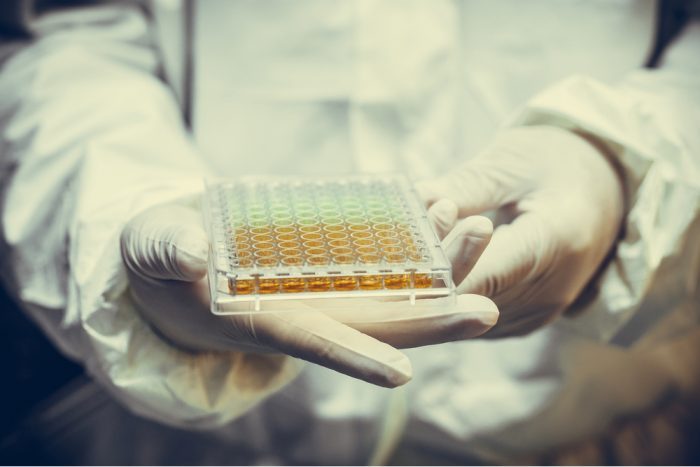 Why are There so Many RSO Miracle Stories?

Studies show that as cannabis is legalized, people see fewer risks in consuming it to treat medical conditions. That’s great news. But some people get a bit over-zealous, expecting the plant to be a panacea for what ails them. Or worse, claim it to be a panacea and put lives at risk.

Every time an article goes viral that claims scientists have finally proclaimed cannabis as a cancer cure, people want to believe it. Even when Snopes steps in to debunk the hype. It’s a story we all want to be true.

But it’s not true. RSO may treat cancer effectively in some people with some types of tumors. And RSO may work best in conjunction with conventional cancer therapies. We’re not sure yet. But, cannabis is certainly worth including in a treatment regime.

Cancer is a beast without a cure. It is often beaten back to retreat only to come back, years later, worse than ever. Any medicine that helps prevent that from happening is worth considering. Maybe we will never find a ‘cure for cancer.’ Some experts say there are too many factors in play. But, what we can find — maybe — is a way to effectively fight and prevent tumor growth. There’s a lot of hope in that.