Chronic obstructive pulmonary disease (COPD) is a common lung disease that includes conditions such as emphysema, chronic bronchitis, and refractory asthma. Symptoms include coughing, wheezing, shortness of breath and excess phlegm. Often caused by smoking, it was the third leading cause of death in the United States in 2014.

COPD is caused by the narrowing of airways due to inflammation and/or mucus blockage. Patients with COPD may have difficulty walking, engaging in social activities, or working, and some require medical equipment in order to breathe, such as oxygen tanks. As the disease progresses, tissues in the lungs is destroyed, breathing becomes difficult, and less oxygen is transferred to the blood.

Doctors currently treat COPD with a variety of pharmaceutical medications, including bronchodilators, steroids and opiates. Patients are also advised to quit smoking and avoid lung infections. However, this disease can take an enormous toll on a patient’s well-being. Some patients suffer confusion or memory loss, depression, and other mental disorders, and potentially poor health over all.

There is no cure for COPD, though patients can alleviate their symptoms with pharmaceutical medications and pulmonary rehabilitation. As the disease is caused by inflammation of the lungs, reducing that inflammation is key to helping the lungs continue to function. This has led scientists to study whether or not cannabis may be able to help. 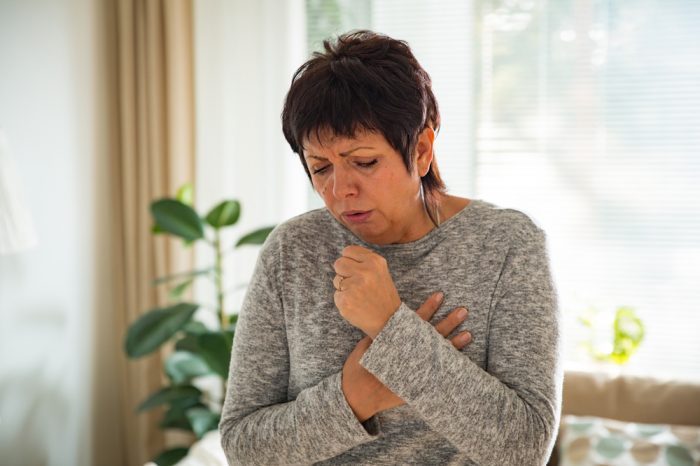 This is one of the few cannabis-related topics that scientists have actually been studying for decades.

The first studies about cannabis and COPD emerged in the 1970s. In fact, a study for the British Journal of Clinical Pharmacology (1978) showed that small doses of THC could assist in bronchodilation, by decreasing muscle contractions and spams in the bronchi.[1]Hartley, J P, et al. Bronchodilator Effect of delta1-Tetrahydrocannabinol. British Journal of Clinical Pharmacology, U.S. National Library of Medicine, June 1978, … Continue reading

Due to its Schedule I status, cannabis wasn’t regularly studied again for COPD until nearly thirty years later. In 2009, a study published in the British Journal of Pharmacology showed that cannabinoids could potentially exert an anti-inflammatory effect on the lungs. Scientists discovered that by activating CB2 receptors in guinea pigs, they could reduce the cough reflex.[2]Patel, Hema J, et al. BPS Publications. British Pharmacological Society | Journals, John Wiley & Sons, Ltd, 2 Feb. 2009, bpspubs.onlinelibrary.wiley.com/doi/full/10.1038/sj.bjp.0705435

The research into COPD and cannabis continued. In 2015, a study published in The Journal of Pharmacology and Experimental Therapeutics investigated cannabinoids THC and CBD for their effectiveness in treating airway inflammation and coughing. Researchers discovered that THC was able to open and calm the airways of guinea pigs, by enhancing post-ganglionic acetylcholine release.[3]Makwana, Raj, et al. The Effect of Phytocannabinoids on Airway Hyper-Responsiveness, Airway Inflammation, and Cough. Journal of Pharmacology and Experimental Therapeutics, American Society for … Continue reading

The Question of the Right Administration

While the above results were promising, they left scientists with the question of how to best administer cannabinoids for possible human treatment. Patients with COPD are advised not to smoke — tobacco or otherwise, since the inhalation of smoke can exacerbate symptoms. Correspondingly, vaping is not recommended, either.

So, what is the best way for COPD patients to self-administer cannabis? In some states, cannabis inhalers and sprays have become available, which may provide relief without worsening COPD symptoms. But what about cannabis oil?

A study in the Journal of Cannabis Research (2020) researched the effects of cannabis oil extract on airway epithelial cells, and how these effects could help or hinder a COPD diagnosis. Through this research using human cells, scientists discovered that cannabis oil extract could modulate pro-inflammatory responses. Their research is preliminary, but it sets the stage for further study into how cannabis oil can help alleviate COPD symptoms. 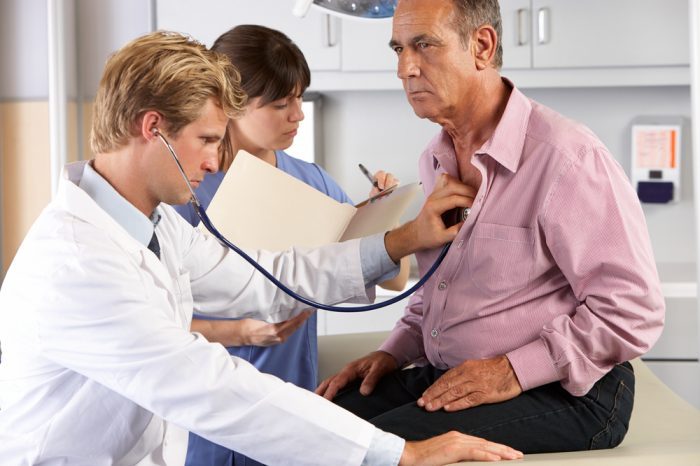 Can Cannabis Cause COPD?

Smoking tobacco is the leading cause of COPD. But, cannabis smoke does not have the same effect. A scientific review in Breathe (2018) delved into this very topic, and their conclusions may be surprising. They found that smoking cannabis is not a trigger for COPD, though the mechanics behind that are unclear.[4]Ribeiro L, Ind PW. Marijuana and the lung: hysteria or cause for concern? Breathe 2018; 14: 196–205. https://breathe.ersjournals.com/content/breathe/14/3/196.full.pdf

Researchers hypothesized that one reason could be the inclination for cannabis smokers to hold their breath when inhaling — but right now, that’s just a theory. Could it be possible that the bronchodilating effect of THC counteracts the typical inflammatory response caused by smoking?

A study published in the Journal of American Medical Association (2012) observed a population of 5,000 men and women over ten years, to find out how smoking affected their lungs. Those who smoked tobacco experienced decreased air flow and lung volume over time. Conversely, those who smoked cannabis actually experienced an increase in air flow rate.[5]Pletcher, Mark J. Association Between Marijuana Exposure and Pulmonary Function Over 20 Years. JAMA, American Medical Association, 11 Jan. 2012, jamanetwork.com/journals/jama/fullarticle/1104848

What does this all mean? Science has yet to deliver clear answers, but as we can see from these studies, it’s in the process of doing so. Moreover, as COPD affects almost fifteen million Americans, and many more worldwide, treatment plans that don’t require dependence on steroids and opiates are badly needed. Could cannabis offer a new alternative?

So far, the results are promising.