Canadian Police Are Starting Roadside Test For THC In Saliva

SoTaxa is a roadside test for cannabis consumption that is just about to become a reality unless a court case rules it unjust.

Editor’s Note: This article is archived and will receive no further updates.

Driving after consuming cannabis has become increasingly normalized in jurisdictions that have legalized adult cannabis consumption. Although surveys show that the majority of cases of impaired driving involve alcohol, any medical cannabis patient probably knows somebody who regularly gets behind the wheel after smoking.

If you do, your experience is supported by the research. Studies show that, although legalization has not led to an increase in fatal road accidents, legal states have seen an increase in the number of drivers who consume cannabis. This has led American authorities (and those further afield) to look for solutions to keep stoned drivers off the road.

Amid skepticism among police and opposition from lawyers, the Canadian federal government expressed its intention this April to push ahead with a device designed to test drivers for THC. 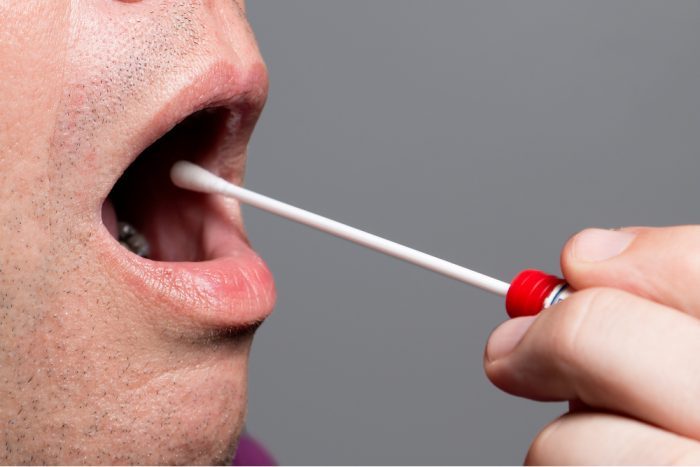 The “SoToxa” is a handheld device that determines, within 5 minutes, if a driver has consumed cannabis. The device checks for traces of THC in drivers’ saliva. The Illinois healthcare company, Abbott, markets the device. In 2017, Abbott paid $5.7 billion for Massachusetts-based company, Alere, which designed the device. Abbott boasts of the device’s portability, reliability, and ease of use.

The approval process has taken much longer than expected. Canada’s government had hoped that the SoToxa would be ready for deployment on Canada’s roads by March 2018. Government representatives told a parliamentary committee last year that they can’t speed up the approval process. However, as of 25 April the device was ready for use, and is currently undergoing a 30-day approval review before being used on the roads.

Delays in the Approval Process

The Drugs and Driving Committee (DDC) of the Canadian Society of Forensic Science (CSFS) oversees approval for roadside testing devices. Volunteer forensic toxicologists and traffic safety experts form this committee to advise the Canadian Department of Justice on drugs and driving. Once it reaches a conclusion, the Society of Forensic Science’s committee will make a recommendation to the country’s attorney general.

Canada has only license one such device in August last year: the Draeger DrugTest 5000. The device has since seen use on Canadian roads. But police have expressed doubts about the Draeger’s reliability, especially in Canada’s cold winter weather. Forces are also concerned about price and lack of alternatives. Moreover, as the device’s use spreads, dental problems are a risk. 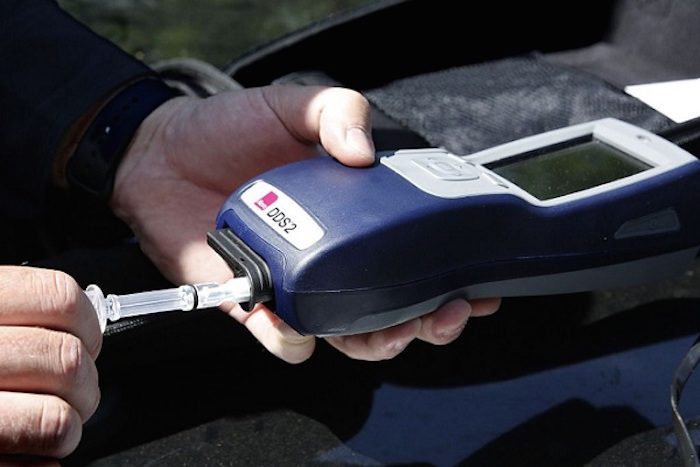 Do These Devices Work?

Does the device work? Yes. And no. These devices cannot determine if a driver is impaired, just whether they recently consumed cannabis. As such, police cannot use the results of these roadside tests to press impaired driving charges. Positive tests do, however, result in arrest. Police can then perform further tests.

According to the government notice: “A positive result would be a strong indication of recent use. An oral fluid sample that tests positive would presumptively confirm the presence of the drug and, […] would likely provide grounds for the investigation to proceed further, either by making a demand for a drug recognition evaluation or for a blood sample.”

Moreover, police don’t require a positive result to arrest drivers on suspicion of impaired driving. If an officer reasonably suspects impairment, they can administer a roadside “Field Sobriety Test”. These test a driver’s coordination. Some tests include walking in a straight line or following an object with their eyes.

However, before police can require drivers to take the mouth swab or Field Sobriety Test, they must have reasonable suspicion that the driver has taken drugs. Examples of this are bloodshot eyes or the smell of cannabis. This differs from the rules surrounding alcohol, which the Canadian government changed last year to allow officers to test for alcohol without suspicion. 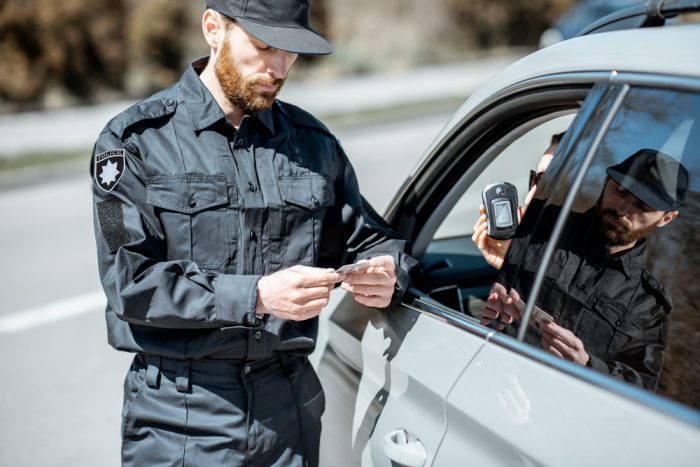 Punishment for Failing the Roadside Test

Despite these devices’ inability to prove impairment, some Canadian provinces already have rules in place which, when a driver tests positive in a roadside test, can result in punishments such as driving license suspension.

For instance, a woman in Nova Scotia recently failed the THC test but passed the impairment test. However, her license was still suspended and her car impounded, despite waiting the recommended six hours between consuming cannabis and driving. The lady in question, Michelle Gray, takes cannabis for multiple sclerosis. Gray was subsequently contacted by the Vancouver law firm Acumen Law. The firm intend to use her case to challenge the legality of devices like the DrugTest 5000 and the SoToxa. The case is still in play.

Cannabis patients across Canada and the US will likely continue to get behind the wheel after taking their medicine. But the question is whether these devices are just. After all, testing positive for cannabis isn’t the same as failing a breathlyzer for alcohol. Should we really judge them similarly? While a patient who feels exhausted after medicating shouldn’t drive, this is simply the same as asking drivers to stay off the road when fatigued. Now it’s just a waiting game to see if Acumen Law wins their case.

The Surgeon General Thinks You Have Too Much THC