Combining the benefits of cannabinoids and terpenes to make them personally better.

The growing consensus among cannabis experts is that cannabinoids play only a small part in the therapeutic and experiential benefits of the plant. Yes, laboratory analysis has discovered well over a hundred cannabinoids (and counting) in Cannabis sativa, but botanical investigations have also found more than 100 terpenes. Cannabinoids and terpenes combine for nuanced medicinal benefits, which vary from one unique combination to the next.

The energizing benefits of one strain or the sedative effects of another are all thanks to the synergistic relationship between cannabinoids and terpenes. This effect, made famous by Dr Ethan B. Russo, is called the Entourage Effect. And it’s a theory that has started to shift the medical focus away from the medicinal benefits of isolated compounds towards a more holistic approach. Patients and physicians alike believe that the plant is more valuable than just the sum of individual parts.

Interestingly, if different combinations of cannabinoids and terpenes create different therapeutic benefits, theoretically, you could create a custom blend. And cannabis companies are already creating personalized cannabis cocktails. Patients have jumped on the trend as well.

Do you know the difference between cannabinoids and terpenes? Is mixing a personal profile medicinally more beneficial than choosing an appropriate strain? Here are the details.

Cannabis contains over 500 components, [1]Lafaye, G., Karila, L., Blecha, L., & Benyamina, A. (2017). Cannabis, cannabinoids, and health. Dialogues in clinical neuroscience, 19(3), 309–316. including cannabinoids, terpenes, flavonoids, and other natural substances. While cannabinoids and terpenes are the most medicinally notable, all the compounds may work in concert to provide therapeutic value.

The term cannabinoid stems from the known interaction with the endocannabinoid system. It’s a physiological system responsible for managing a host of processes, from appetite to mood to pain regulation. The body produces natural chemicals (called endocannabinoids) which act as little messengers to direct the inner workings of this system. The compounds found in cannabis, called cannabinoids, work with this same system to mimic endocannabinoids. It’s an incredible relationship with proven therapeutic benefits.

As mentioned above, there are more than 100 known cannabinoids, and experts believe each has a unique interaction with the endocannabinoid system. For example, THC is intoxicating, powerful for pain relief, and has anti-tumoral properties. On the other hand, CBD is nonintoxicating, anti-inflammatory, and has calming qualities. 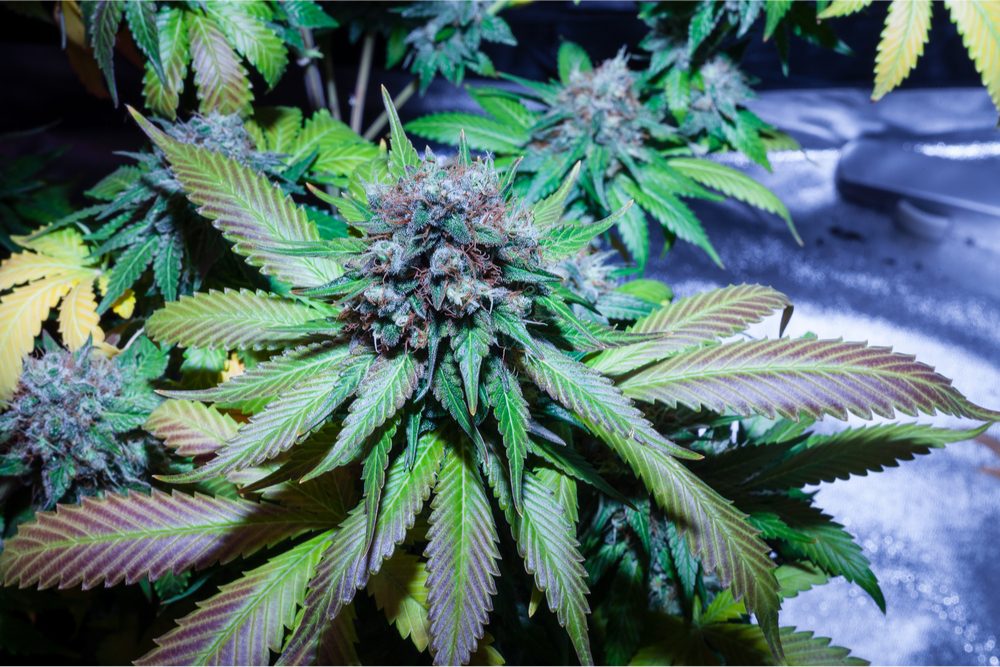 Terpenes are naturally occurring compounds found in many (if not most) plant species, including Cannabis sativa. The smell and flavor profile of each cannabis chemovar is thanks to a unique blend of these aromatic compounds. And in plants, terpenes attract pollinators and detract pests.

Most of the research into terpenes, however, comes from botanical sources, including tree resins, citrus fruits, and flowers. Cannabis terpenes, until recently, have been challenging to study. Mostly because the source material is still comparatively expensive. Technically the myrcene in mango is the same compound as the myrcene in a cannabis strain. Therefore most science is based on the cheaper and less regulated mango variety.

What Are the Differences Between Cannabinoids and Terpenes?

In essence, the primary difference between cannabinoids and terpenes are their mechanisms of action. While cannabinoids interact directly with the endocannabinoid system, terpenes have a less precise relationship. Our understanding of the medicinal properties of terpenes is less clear than cannabinoids, even though terpenes have been under investigation for much longer.

Cannabinoids provide therapeutic benefits by interacting with cannabinoid receptors. THC, for example, forms a direct bond to the CB1 receptor, while other nonintoxicating compounds turn receptors on and off through less direct interactions. 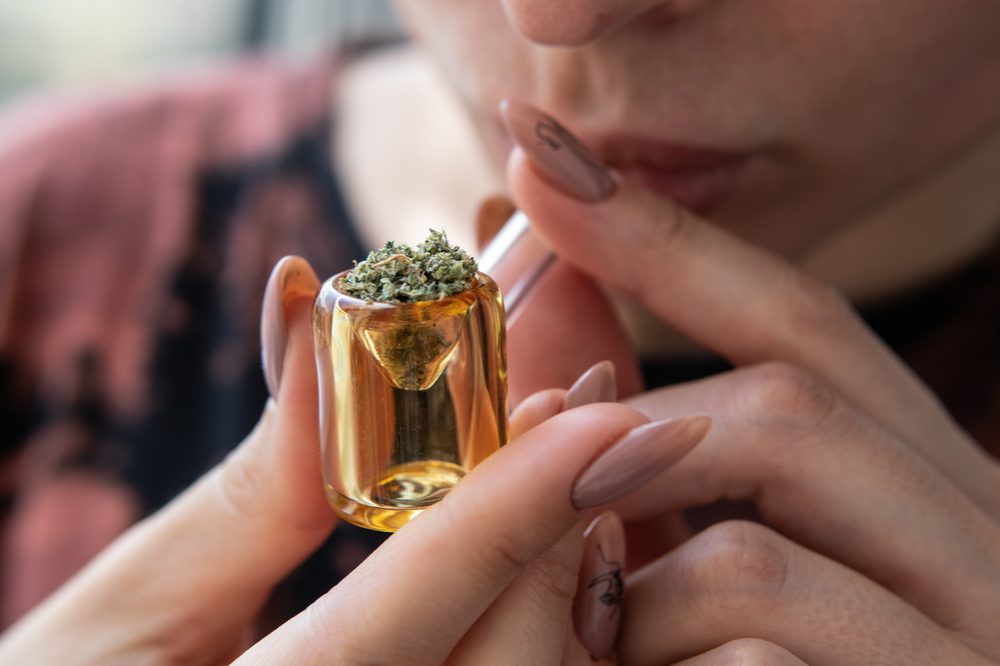 What are The Medicinal Uses of Cannabinoids and Terpenes?

It’s 2020, and cannabinoids are rapidly moving into contemporary medicine and pharmacological formulas. Today, plant-derived and synthetic preparations of cannabinoids treat a variety of medical conditions, including chronic pain, intractable childhood epilepsy, spasticity related to Multiple Sclerosis, and much more.

Also, cannabinoids are under scientific investigation for dozens of other clinical applications, including inflammation, treatment of neurodegenerative diseases, addictions, depression, anxiety, schizophrenia, and more. Primarily, these are under investigation as isolated compounds or in formulas containing precisely measured ratios. Few studies, however, are underway using full-spectrum tinctures or flower products.

According to their review, α-Pinene, d-limonene, and linalool all have anti-inflammatory potential. They also detail anti-tumor effects from d-limonene, α-pinene, and myrcene. This is just the tip of the iceberg, as there has been decades of research into the therapeutic potential of these aromatic oils.

Can You Make The Perfect Customer Blend of Cannabinoids and Terpenes?

With all the talk around isolated cannabinoids and terpenes as valuable medicinal compounds, can you make the perfect blend for personalized medicine?

Logically, you should be able to pull together individual compounds to complement one another. Many cannabis producers have already begun reintroducing botanically derived terpenes into their extractions to improve the final product. High-heat extractions destroy most of the sensitive terpenes, so extractors often add them back in post-processing.

So far, there hasn’t been any research published that compares the whole-plant, unredacted benefits to post-extraction reproduced combinations. Could a human-made recreation of the natural chemical composition of cannabis benefit from the same entourage effect as a natural whole-plant formula? Much more research is needed before we can even begin this assessment. 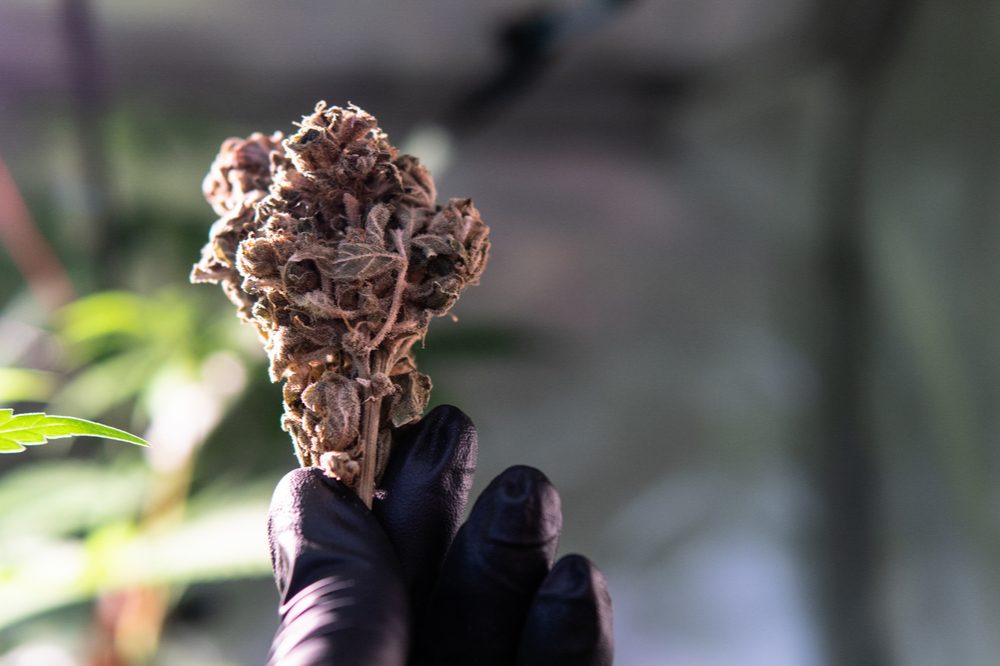 Despite the lack of clinical proof, many patients are already convinced that whole-plant is better. For those following a naturopathic protocol, they tend to feel strongly that, “the whole plant is greater than the sum of the parts,” as per the assessment by the authors of, “Herbal versus synthetic drugs; beliefs and facts.”

As authors Ali Karimi, Maedeh Majlesi, and Mahmoud Rafieian-Kopaei state[5]Karimi, A., Majlesi, M., & Rafieian-Kopaei, M. (2015). Herbal versus synthetic drugs; beliefs and facts. Journal of nephropharmacology, 4(1), 27–30., “Herbal medicines usually tend to have several broad complementary or synergistic actions on physiological systems at the same time which are usually in the same general therapeutic direction, and often non-specific.”

The total impact of the whole plant, including all the cannabinoids and terpenes, is much too complicated to explain through a modern scientific process that prefers to look at each compound in isolation. Medical research today isn’t yet set up to explore the nuanced effects of a plant with over 500 compounds.