CBD may reduce inflammation and THC is under investigation to opens airways – two good things when you have Chronic Obstructive Pulmonary Disease.

Chronic obstructive pulmonary disease (COPD) is a term to describe lung disease that is progressive and includes emphysema, chronic bronchitis, and refractory asthma. The most common environmental cause is smoking, although there is likely a genetic factor.

As the disease progresses, small airways in the lung get narrower due to swelling and inflammation, or mucus blockage. Certain tissues in the lung are destroyed and lose their function. Breathing becomes difficult as there is a higher resistance to airflow and less efficient transfer of oxygen to the blood.

Scientists beleive inflammation is a major contributing factor to the changes in tissue structure and damage. ALso, they believe it is a contributing factor to excessive coughing. Current treatments include steroids and opiates, which are often accompanied by undesirable risks and side effects. The role of the endocannabinoid system in managing inflammation and sensory nerve activation has made cannabis a potential candidate for a relatively safe COPD treatment. 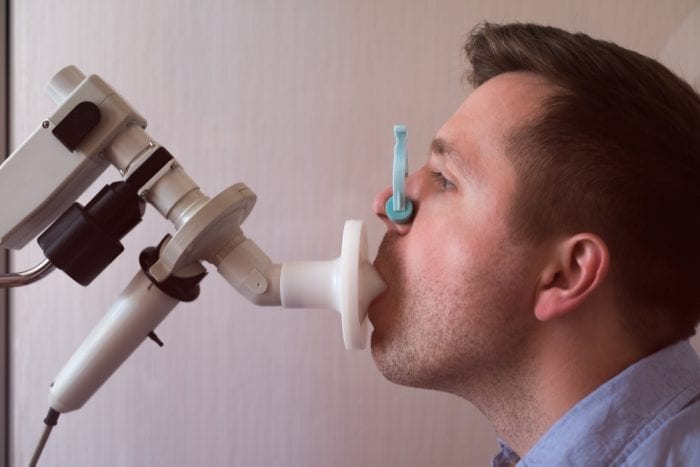 Doctors have well documented the effect of CB2 receptor activation on suppressing inflammatory response. In animal studies specifically focused on inflammation in the lungs, cannabinoids activating CB2 receptors, and in some cases CB1 simultaneously, were able to reduce lung inflammation.

Other studies have found that cannabinoids help to open the airways. The mechanisms for bronchodilation vary. One study finds that activating the CB2 receptors in the sensory nerve terminals inhibits these nerves from releasing tachykinins. These are a kind of molecule that trigger contraction of the muscles in the airway.

Another study finds that smoking or consuming cannabis causes temporary bronchodilation in asthma patients. Animal models of lung inflammation also show that activation of CB1 receptors decreases muscle contractions in the airways. It does so by inhibiting acetylcholine release in the sensory nerves, a neurotransmitter triggering muscle contractions.

Alzheimer’s and CBD: Is There a Connection?