Cancer Cannabis Advocates: Where Are They Now?

Cannabis advocates who claim to use cannabis to treat their cancer have been a part of our social media life for years. Where are they now?

Among hard-line cannabis advocates, you’ll hear it often said, “Cannabis cures cancer”. It’s called the miracle plant, an all-natural solution to toxic chemotherapy regimes. While these claims have not been proven, the preliminary research into cannabis for cancer does strongly suggest that the plant will play a role in future cancer treatments. But, people aren’t waiting for the lengthy clinical trials to treat their own cancer. These are the most famous of cannabis advocates and how successful they were in using cannabis to treat their cancer.

The Research on Cannabis for Cancer Treatment

Stories of people using cannabis to ‘cure their cancer’ number in the dozens, if not hundreds of stories. These circulate Facebook support groups and Reddit threads inspiring other cancer patients, but are not yet scientifically proven. That said, there is a growing body of research exploring how cannabis, and its many different chemical compounds, target cancer cells.

Phytocannabinoids, endocannabinoids, and synthetic cannabinoids can lead to inhibition of the growth of many tumor cell types. There is significant evidence suggesting that various parts of cannabis have cancer-cell fighting abilities.

Currently, healthcare providers and patients widely accept cannabis as a co-therapy to more conventional chemotherapy and radiation treatments. Patients use cannabis to soothe chemotherapy’s side effects, including nausea, appetite loss, and pain. A recent survey in Washington state found that 23 percent of respondents used cannabis during their cancer treatment. More than two-thirds surveyed were curious about cannabis for cancer, and a large portion wanted more guidance from their healthcare providers. Most patients used cannabis for physical or neuropsychiatric symptoms associated with cancer treatment. 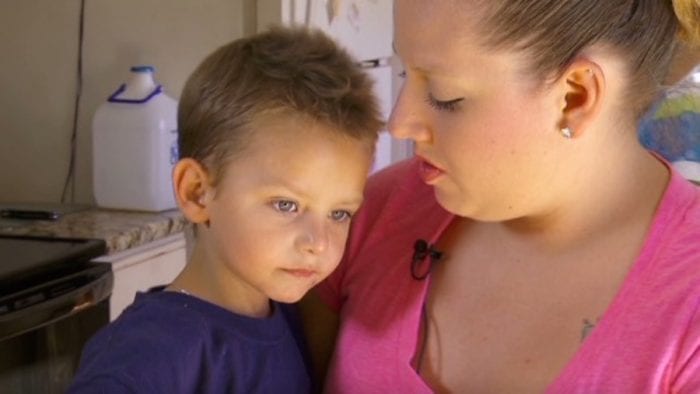 This Utah toddler’s story is famous: a three-year-old boy faced an eight percent survival rate in a battle against childhood leukemia. He had severe reactions to multiple rounds of chemotherapy, and the prognosis wasn’t good. After struggling with the decision, Landon’s parents finally adopted a cannabis treatment using THC oil for pain and nausea, and CBD to level out the experience. Within six months, his condition had improved so dramatically that they took him off chemotherapy. Despite the backlash from the hospital that want to continue chemo, Landon is now 7 years old and a cancer survivor.

Doctors diagnosed Mykayla with T-Cell acute lymphoblastic leukemia when she was seven. Healthcarre practitioners were quick to deem her an intermediate risk. They based this on the severity of her diagnosis. Consequently, she was legally required to have conventional cancer treatment. In her case, this meant chemotherapy. Throughout her chemotherapy treatment, she struggled to eat, alongside the many other challenging symptoms. Her parents opted to begin an intense treatment with medical cannabis, including concentrate oils, raw juice, and edibles. Within a few days, her appetite had returned. Within one week, the impossible had happened. According to her parents: “One week after we began the oil treatment Mykayla’s physicians notified us that her leukemia had vanished from her bone marrow and blood! She was in remission.” She survived cancer and is now flourishing in her teenage years.

The story of David Hibbit’s battle with cancer does not have the same happy ending as Mykayla’s. Hibbit was diagnosed with bowel cancer as an adult. Initially he underwent both radiation and chemotherapy, but it didn’t work. His doctors gave him 18 months to live. Out of desperation, he turned to medical cannabis, and within a few months, his cancer went into remission. Sadly, two years later cancer returned, this time spreading into his brain and lungs. Hibbit passed away in 2016.

The Boy in 7 Billion is a book written about Deryn Blackwell’s dramatic recovery from multiple forms of cancer, including childhood leukemia and Langerhans cell sarcoma. He underwent four years of medical treatment and doctors prescribed opiates for pain management. Almost everyone around him, including healthcare professionals, had lost hope. His mother, unbeknownst to the doctors, began a regimen of cannabis treatment to help Deryn with his pain. Soon he was leaving hospice and now Deryn is cancer-free.  His mother has gone public with their story – using it to push for medical cannabis and alternative cancer treatment. 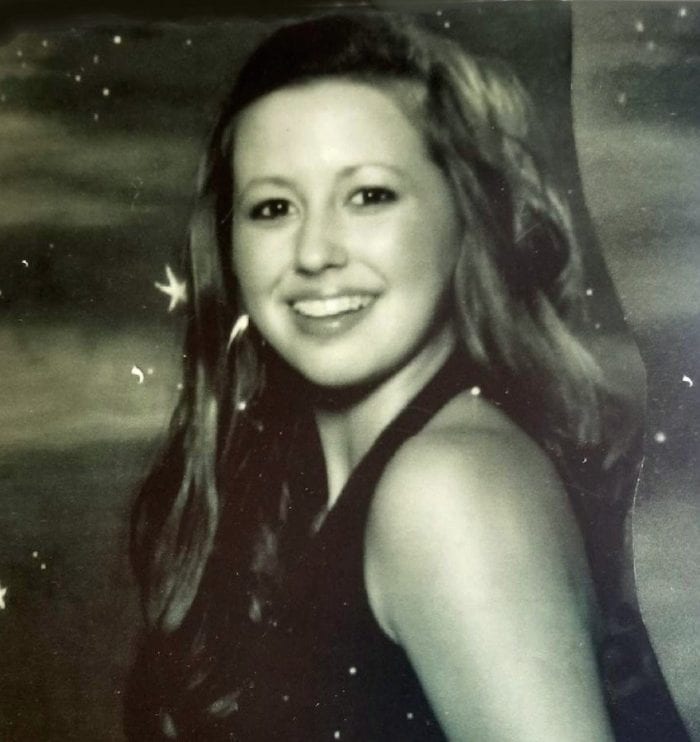 In the summer of 2018, the world lost a true-cannabis advocate, Kristina Maria Evenson Clark, to an astrocytoma brain tumor. She was a fierce advocate for medical cannabis as cancer treatment, using her social media platforms to spread the word about the therapeutic benefits of the plant. Unlike these other cannabis advocates, Kristina rejected chemotherapy outright. Instead, she focused on an all-natural approach, with a particular focus on Rick Simpson Oil. Her story has ended tragically, but her many video updates have allowed the world to see how cannabis may help reduce cancer-related pain and improve quality of life for cancer patients.

When you hear about cannabis and cancer, more often than not Rick Simpson comes up. He is the cancer-survivor behind the ever-popular and extremely potent Rick Simpson Oil cannabis concentrate. In 2003 Simpson developed skin cancer, and the prognosis was not great. After doing his research, he developed a simple way to make an extremely potent concentrate. He has since made this public knowledge, as he claims he completely cured his cancer using only cannabis. Today he is one of the most pivotal Canadian cannabis advocates.

A former Playboy model, and Miss UK, Kerry Parker is more than just a beautiful face. Recently diagnosed with a terminal form of brain cancer, her doctors told her no one makes it through the 12 rounds of chemotherapy they predicted she would need. This is part of the reason she is a strong cannabis advocate for the use of THC-heavy oil. Although medical cannabis is heavily restricted in the United Kingdom, Parker has said she will fight for opening those constraints. Her friends and family support her decision to refuse chemotherapy and choose cannabis instead. She is currently still fighting the disease. 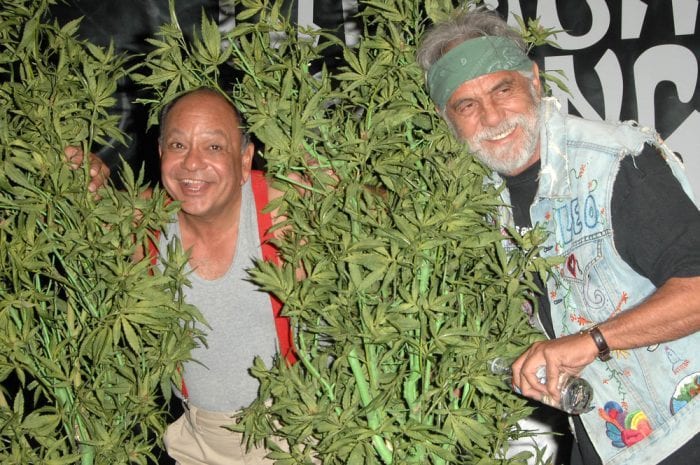 Tommy Chong is the face of stoner-culture, but he ended up relying on some of his own medicine during his struggle with colon cancer. He underwent chemotherapy and surgeries to remove the tumors, and his doctor gave him an “intravenous patient-controlled analgesia (PCA) device, a computerized instrument of pain control that gives patients the power to control their dose of opioids.” While the surgery and other conventional treatments were successful, he relied on using cannabis twice daily for the pain and to improve appetite. His case demonstrates the ability of cannabis to solve the side effects of “normal” cancer-treatment.

In 2018, Olivia Newton-John announced that she had been fighting cancer for the third time. According to her daughter, she is using a holistic approach this third go around, including dietary changes and cannabidiol (CBD) oil. She hasn’t opened up much during this time, so it isn’t certain what cannabis products and treatment she is following beyond an admission that she is also using radiotherapy.

RELATED  CBD Edibles are Coming to Canada This Christmas 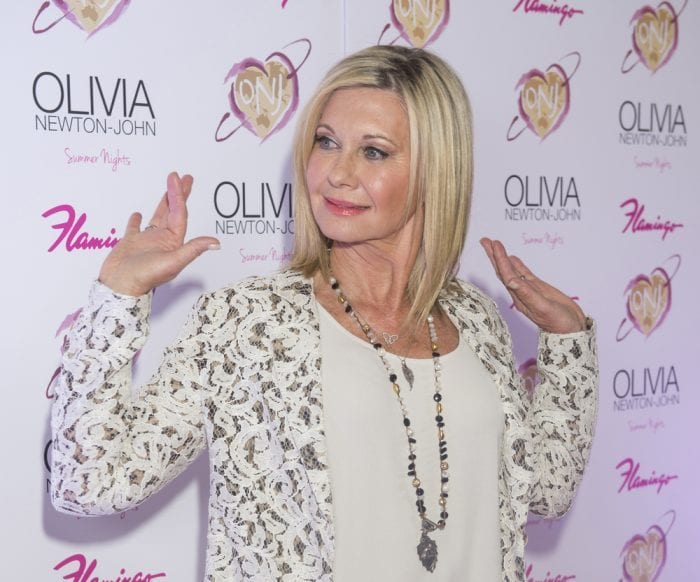 Breast cancer afflicted Melissa Etheridge over a decade ago. She underwent the usual rounds of chemotherapy, but also relied on cannabis to treat what she called “the collateral damage.” During this time, she realized, “that cannabis really needed to be taken seriously as a medicine as it was 70 years ago. It was on all of our pharmacy shelves 70 years ago. It’s just a shame that Prohibition has kept it from people who could really use it as medicine.” Her cancer has since gone into remission, and she has started a medical cannabis business of her own.

It’s these cannabis advocates, and viral stories, that place medical cannabis for cancer treatment within reach. Even if the clinical research is far from complete, many patients continue to rely on cannabis, hoping to see the success they have read about in the media. In the right circumstances cannabis may have a positive effect on certain cancers and even make conventional treatments more bearable.