Cannabis and chores are the perfect pairing to overcome the mundane.

That’s right, a new survey shows what anecdotal evidence has long suggested: Cleaning under the influence may be one of the most significant non-medical uses for weed. Canadian Cannabis company Figr has produced a survey of customers finding that a quarter of cannabis consumers primarily use the substance to boost productivity, usually when doing chores around the house.

But why do cannabis and chores go so well together? There are several theories.

Everyone can agree that the best way to do household chores is quickly and thoroughly. The less time spent scrubbing tubs, drying dishes and mopping floors means more time for the fun or money-making things in life.

Why? Several people reported getting more done in a shorter period, leading them to conclude that more time has passed. High workers can complete a menial ten-minute task in five minutes. That’s good news for people who hate washing windows.

The same study found that the time distortion was dose-dependent; people who took deeper puffs of cannabis felt a more acute sense of time dilation. 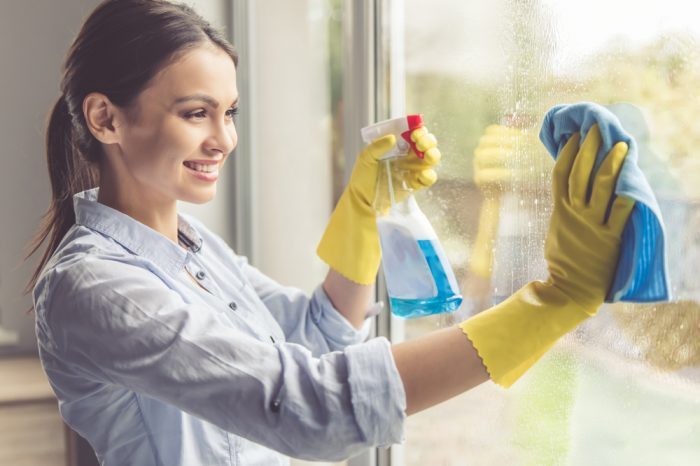 There are several reasons why time may feel like it’s moving slower. As one Quora contributor noted, getting high makes her pay closer attention to the work at hand.

Instead of registering washing a plate as a mundane race against the clock, cannabis consumers can become engaged in the activity. They hear the squeak of the sponge, feel the temperature of the water, notice the light gleaming off the freshly cleaned surface.

All these detailed observations help elongate a person’s sense of time. In the same way that meditating for ten minutes can feel like half an hour, mixing cannabis and chores brings people into the present moment and expands it.

A Shot of Happiness

Cannabis and chores may also get a boost from good old-fashioned dopamine. The euphoric feeling that cannabis brings can help chores feel, well, less like a chore.

An uplifted mood can make the work go by more quickly or allow some happiness to seep into a normally unpleasant task. Many cannabis consumers say there’s nothing better than sparking up a joint, tossing on some music, and rolling up their sleeves to clean.

In this way, cannabis can reframe the idea of menial household work. It’s no longer the necessary evil that we do in order to live comfortably. Thanks to cannabis, chores can be a treat, something that we do happily and feel good about later.

It’s also true that cannabis can help consumers relax and calm down. Oftentimes, menial tasks like chores are so rote and easy to perform that they let the mind wander. For too many people, that means thinking about stressful things.

Doing chores is already bad enough without worrying about paying bills, counting your partners’ faults, or stressing over work. Cannabis can help mute those worries and allow you to concentrate on the task at hand.

The Mindset of Cannabis and Chores

Re-framing outlooks on chores may be the best gift cannabis can give. It’s certainly a common occurrence for people to get high, do some chores, then decide to devote a little more time to tidying up.

Folding the laundry and doing the dishes are necessary. But, bigger chores, like cleaning out the garage, organizing clothes, and cleaning out the fridge are less demanding on a week-by-week basis.

That’s where cannabis and chores can take things up a notch.

Losing oneself (and sense of time) in a task is part of the joy of cannabis. People use cannabis to get lost in a movie, engrossed in music, or hooked in a book.

Chores work the same way. Losing oneself in scrubbing the floor may not sound like an ideal way to spend an afternoon, but it’s the most enjoyable way to do it. 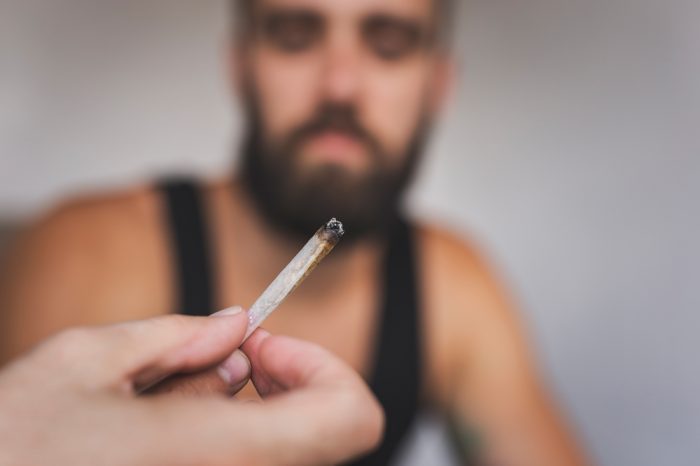 If you’re going to mix cannabis and chores, it helps to pick the right strain. Accordingly, if you select uplifting, energizing, kinds of cannabis, you might increase the rewards of cleaning the house.

Energizing cannabis strains contain both THC and CBD, typically in a 2:1 ratio. Both active ingredients in cannabis have been known to boost mood and energy levels when combined, so it’s important to have at least a balance of both — but probably err on the side of more THC.

At the same time, don’t overlook the terpene content. Citrusy terpenes within energizing strains can help boost the good feelings of the high and put you in a cleaning mood. There’s just something about the smell of fruit that signals clean — it’s the reason so many household cleaners are scented with those smells. Other terpenes, like the tree-smelling pinene, can help with focus and energy.

Some of the most energizing strains are:

Alright! Let’s get to work then.