Scientists are on the verge of discovering how cannabis might treat menopause symptoms like the dreaded ‘hot flash.’

In the meantime, many women are relying on troves of anecdotal evidence strewn across the internet – and finding conflicting advice. That’s right – depending on where you look, cannabis might not help your hot flash.

Many pro-cannabis pages spend time declaring the substance to be a ‘miraculous cure’ for menopause symptoms. This comes thanks to the well-established links between the endocannabinoid system and the hormone estrogen. But, an increasing number of people are having a different kind of experience. And this is one that’s decidedly less positive. Instead of helping a hot flash, this group say CBD actually triggers hot flashes.

The majority of women, however, swear by the instant relief that a vape pen can bring to a hot flash. They report that the night sweats disappear after taking some cannabis oil before bed.

Until medical scientists fully flesh out the details governing the effects cannabinoids produce on menopausal and pre-menopausal women, individuals will have to wade through the limited research and anecdotal evidence and self-experiment to find what works best. Here’s that the science says so far. 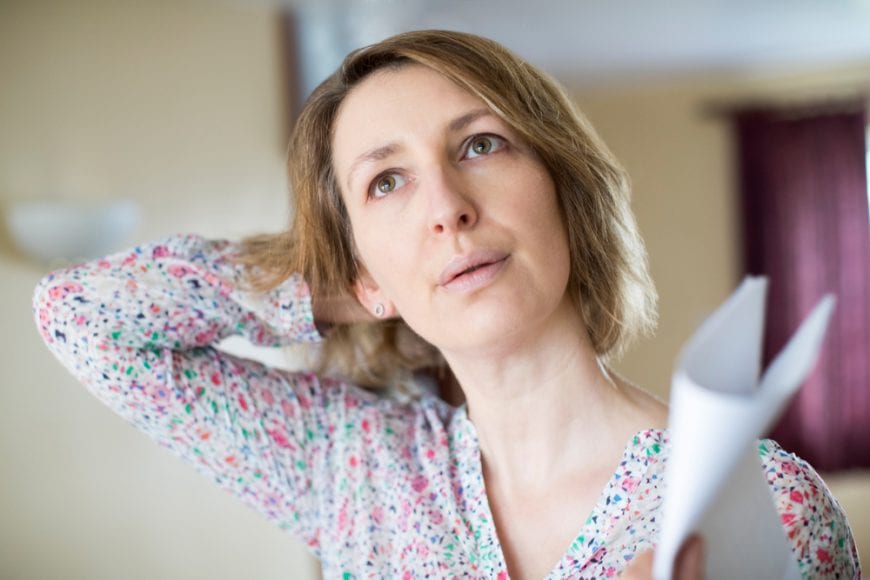 Cannabis and Your Hot Flash

Nearly forty percent of women who use cannabis do so to manage the symptoms associated with menopause, according to a consumer survey. Many see it as a much safer alternative to hormone replacement therapy, which can lead to increased risk for breast cancer, heart disease, and ovarian cancer.

And while cannabis may help hot flashes, mood swings, body aches, and insomnia, there are special concerns when it comes to menopausal women.

It’s also been shown that the endocannabinoid system plays a role in bone deterioration after menopause. Women who have fewer CB2 receptors, thanks to a common mutation in their genes, have much higher rates of osteoporosis following menopause.

Translating the Science into Practice

Taking the limited understanding of endocannabinoids and estrogen, it’s possible to find a set of guidelines or helpful rules of thumb that could ensure cannabis consumption is beneficial.

Women who have lower estrogen levels due to menopause also have reduced numbers of endocannabinoids, which means they are less responsive to certain cannabinoids, including THC.

Menopausal women therefore often need higher doses of THC to produce the same effects, such as pain relief. Higher THC doses are typically associated with greater likelihood for side effects, such as anxiety, but reduced endocannabinoid levels guard against this as well. Women entering menopause should feel comfortable upping their usual doses of THC. 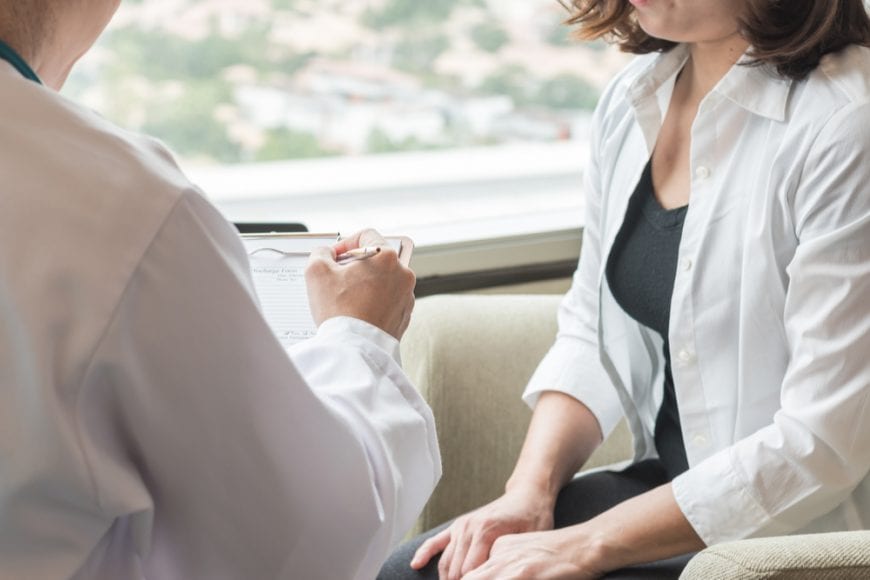 Cannabis and the Hot Flash

One area in which studies have been done concerns how THC might lower body temperatures and effectively stop the flush of hot flashes.

Consuming high doses of THC creates a cooling effect in the body, lowering its overall temperature, according to a study published in Prostaglandins Leukotrienes, and Essent Fatty Acids (2002). However, the same study showed that low doses of THC could have the opposite effect, and raise body temperatures, making hot flashes even worse.[2]Wenger, T. and Moldrich, G. (2002). The role of endocannabinoids in the hypothalamic regulation of visceral function. Prostaglandins Leukotrienes, and Essent Fatty Acids. 66(2-3) 301-307. … Continue reading

While the study didn’t examine the underlying mechanism by which night sweats were treated by cannabis-based medicine, the researchers surmised that the same properties causing lower body temperatures were responsible. By keeping patients cool at night, large doses of cannabinoids were probably responsible for preventing sleep-breaking night sweats.

Other research, while not specifically done on hot flashes, may provide further evidence of how cannabis treats menopausal symptoms. For example, although some hot flashes are random, many are triggered by external stimuli, such as caffeine intake, spicy foods, anxiety, and stress.

CBD has been shown again and again, to help reduce feelings of anxiety and stress. Women facing stressful situations may be able to prevent hot flashes before they occur by dosing themselves with CBD gummies or oils an hour prior to anxiety-inducing activities.

For un-anticipated stressful events, faster-acting cannabis delivery systems, such as vape pens, may provide rapid relief for hot flashes and their lingering feelings they produce after they’ve dissipated.

But What About When Cannabis Causes Hot Flashes?

But what about the women who are reporting that CBD causes hot flashes? A few theories may explain what’s going on.

First, not all CBD is what it claims. Many disreputable CBD companies bring products to market that contain more THC than the federal limit of 0.3 percent. Since we know that low doses of THC can trigger a rise in body temperatures, women who buy cheap or low-quality CBD products may be accidentally dosing themselves with enough THC to cause a spike in body heat.

The best way to prevent this is to buy reputable, high-quality, CBD that has been quality tested by third-party verifiers.

Second, it’s possible that people take CBD incorrectly. Popping a CBD gummy bear minutes before a big presentation or an extended family dinner doesn’t do much good. It can take CBD edibles a while to kick in. Therefore, it’s possible that some women are taking CBD too late. This leads them to mistakenly attribute their stress-induced hot flashes to the cannabinoid.

The third possibility is that CBD just impacts some women’s hormones differently than others. In this case, low doses of high-quality CBD actually are triggering hot flashes for some. That would be disheartening, but with scant medical evidence, the possibility definitely exists. For all we know, CBD just might work differently in some menopausal women than in others.

RELATED  What is the Role of Cannabis for Intermittent Fasting?

That’s why the best advice may be to try out cannabis-based medicines for yourself to best determine how cannabis might treat the hot flash and other menopause symptoms.