What is the Future Of Cancer Treatment?

Cannabinoid therapy can effectively treat cancer pain, nausea, and for loss of appetite. Early studies indicate it also may have powerful anti-tumor effects.

It’s the holy grail of medical research: a cure for cancer. But while that still ceases to be a reality, the future of cancer treatment may lie in cannabis. Research tells us that cannabinoid therapy offers potential as a treatment for cancer symptoms, and possibly even for cancer itself.

As patients can attest, the symptoms of cancer and side effects of traditional cancer therapies can be debilitating. These can reduce quality of life and adherence to therapy routines.

Pain is a common side effect of cancer. Tumors, medical tests, and chemotherapy can all induce pain. But studies show that the cannabis-derived drug Sativex may work as an additional pain reliever.  WE can easily extrapolate to predict that the real thing, then, will also work. This is especially good news for cancer patients with unmanageable pain, since medical cannabis is currently legal in 33 states in the U.S. Perhaps because of its growing legality, one study shows that 43 percent of cancer patients took cannabis and nearly half of them took cannabis specifically to treat their cancer-related pain.

Research tells us that cannabis may be able to provide pain relief through a variety of targets. Studies show that cannabinoids may act on keratinocytes, an epidermal cell, enhancing the release of opioids and providing pain relief.

Basically, when THC, an active cannabinoid found in cannabis, binds to the CB1 receptor, it hyperpolarizes the pre-synaptic terminal, closing calcium channels. This then stops the release of inhibitory and excitatory neurotransmitters at their synapses. This in turn modulates pain and controls opioid and serotonin release. THC may also encourage opioid release, and therefore pain relief, by stimulating the production of the opioid hormones beta-endorphin and proenkephalin in areas of the brainstem associated with pain processing. 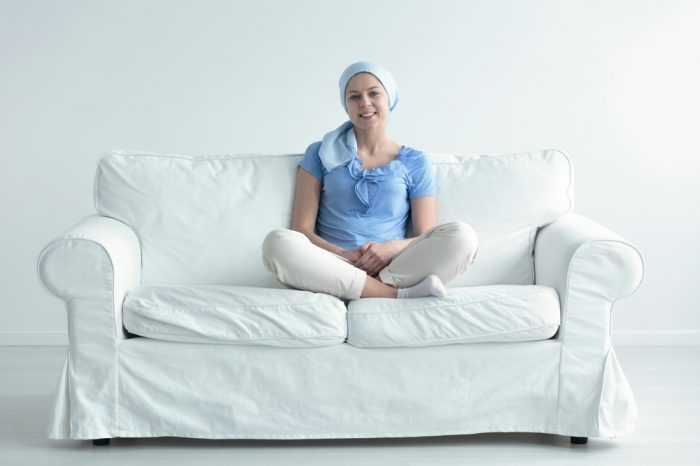 Nausea is a common side effect of both cancer and traditional cancer therapies. Over a third of cancer patients who take cannabis report that they did so to treat their nausea. There are two FDA-approved cannabinoid medications on the market to treat nausea and vomiting caused by cancer and chemotherapy. Dronabinol is a THC capsule and Nabilone is a synthetic cannabinoid that acts similarly to THC. Both have been shown to reduce nausea in cancer patients.

Cannabis plays a prominent role as an antiemetic. Some researchers believe that cannabinoids decrease nausea by interacting with and inhibiting the 5-hydroxytryptamine 3 (5-HT3) receptors. Activating the 5-HT3 receptor seems to play an important role in the start of nausea and CB1 and 5-HT3 receptors are both found on gamma-aminobutyric acid (GABA) neurons. Here, these receptors induce the opposite effect of the GABA release. GABA may induce nausea, so when cannabinoids activate CB1 they may neutralize nausea from 5-HT3 receptor activation.

Want to know what is truly exciting in the field of cannabis research? Recent developments pointing to cannabis as possibly having anti-tumor properties.

Reports show that the activation of cannabinoid receptors impairs the development of cancer cells. Furthermore, the endocannabinoid system may play an important antitumorigenic role.

One animal study demonstrated that increased cannabinoid levels lead to a reduction in precancerous lesions in the colon of mice.

Cannabinoids have also been found in another study to “produce a cell growth inhibitory effect on different prostate cancer cultures” with the CB1 receptor being the primary receptor involved in reducing the cancer cell levels. Cannabinoids activate CB1. This in turn activates caspase-3 level and reduced Bcl-2 levels. Ultimately, the process results in the activation of the apoptotic pathway. This activation causes cancer cell death.

The main anti-tumor effect that cannabinoids have is their ability to stop cancer cell growth and to induce apoptosis.  Apoptosis is cell death, here meaning cancer cell death. They may also be able to stop the development of blood vessels. This is crucial because tumors require a large blood supply to grow to substantial size. 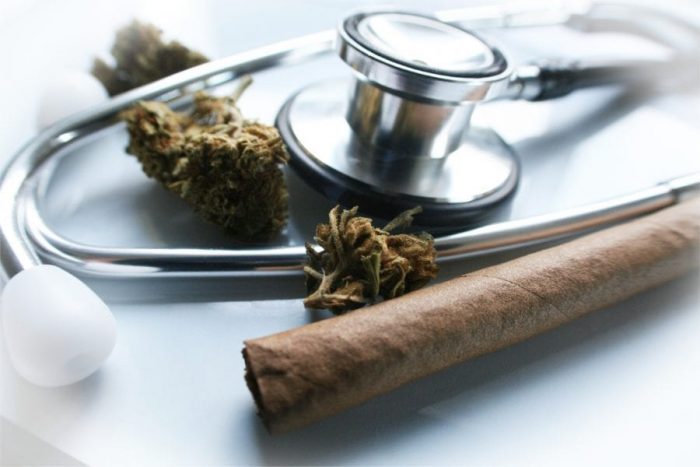 The Future Of Cannabinoid Therapy For Cancer

Exciting possibilities for future cancer therapies abound. One is the use of cannabinoids alongside anti-cancer drugs. This combination elicits positive research with even more positive results. For example, one study using Gemcitabine, a current pancreatic cancer drug, alongside cannabinoids found that the combined treatment results in a significant reduction in human pancreatic tumor cell growth.

The research into cannabis as a treatment for pain and nausea is promising. Still, we need more clinical trials to understand dosage, drug interaction, administration, and side effects.