This is why ‘cannabis cure cancer’ is a still only a statement of hope. But it has some very good research progress behind it.

There is an abundance of preclinical evidence that suggests cannabis cures cancer. However, a lack of human clinical trials, politics, and the existence of conflicting animal-based research complicates the cannabis-cancer picture.

Firstly, it’s important to understand that preclinical trials are not completed with human subjects. While this phase of research is critical to getting medicine approved for people, there is still a long way to go from there.

Cannabis Cures Cancer in the Lab: True or False

In a 2016 review out of Spain, the authors discussed that cannabis has an anti-cancer effect that relies heavily on autophagy-dependent apoptosis. [1]Velasco, G., Hernández-Tiedra, S., Dávila, D., & Lorente, M. (2016). The use of cannabinoids as anticancer agents. Progress in Neuro-Psychopharmacology and Biological Psychiatry, 64, 259-266. This means it needs the cancer cells to destroy themselves.

In the case of THC and cancer cells, researchers have found that THC binds to cannabinoid receptors and causes activation of an endoplasmic reticulum stress-related signalling route. Through complex physiological processes (TRIB3-mediated inhibition of the AKT/mTORC1 axis), this endoplasmic reticulum stress-related signalling route induces autophagy-mediated apoptosis.

The second way cannabis may is by preventing metastasis. Basically, metastatic cancers rely on the process of angiogenesis (new blood vessel formation) to spread to other parts of the body. New cancerous cells need a steady flow of oxygen to grow like any other tissue, and blood vessels deliver that oxygen. Without it, cancerous cells cannot survive. 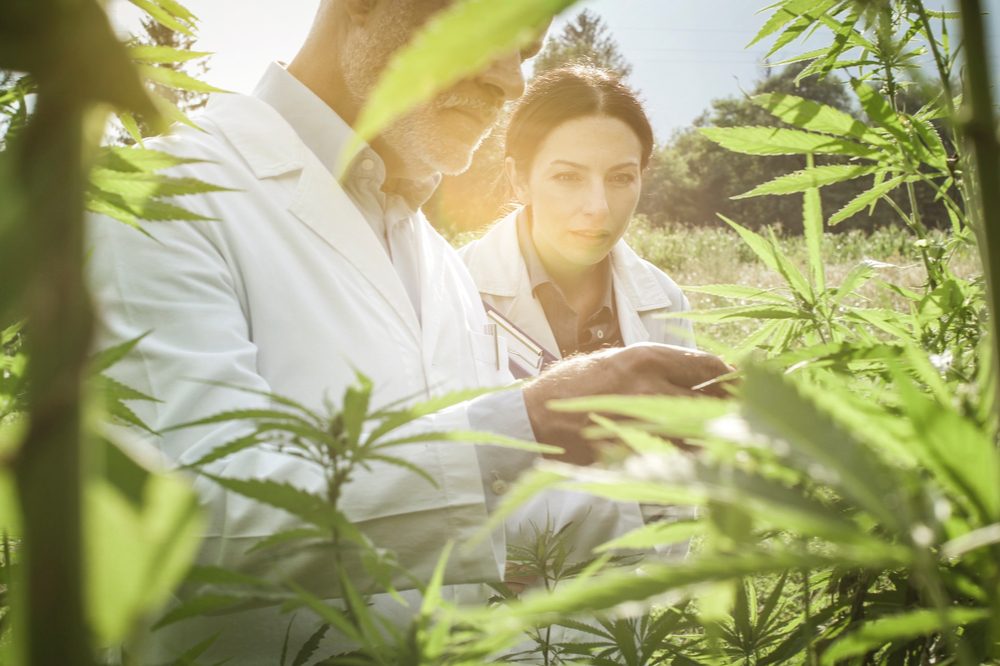 In a review published in Expert Opinion on Investigational Drugs (2019), the authors summarized the available research on cannabis and cannabinoid-based medicine in oncology. They found that the cannabinoids CBD, anandamide, and 2-AG induce apoptosis and inhibit tumor growth and migration in numerous animal and human cancer cell lines in vitro. [4]Turgeman, I., & Bar-Sela, G. (2019). Cannabis for cancer–illusion or the tip of an iceberg: a review of the evidence for the use of Cannabis and synthetic cannabinoids in oncology. Expert … Continue reading This means outside of the animal body.

Furthermore, they inhibit growth in animal models of lung, glioma, thyroid, lymphoma, and skin cancers. The author’s expert opinion stated that promising research suggests that cannabis has potent anti-cancer activity, but they cannot draw definitive conclusions without further research. Contributing to the problem is a lack of information detailing the pharmacokinetic profile of cannabinoids. Pharmacokinetics is commonly described as ‘what the body does to the drug’ and includes important aspects such as drug absorption, bioavailability, distribution, metabolism, and excretion.

Moreover, in a systematic review published in Supportive Cancer Care (2019), the authors concluded that there are gaps in the literature reporting cannabis dosage and prescriptive practices. [5]Brown, D., Watson, M., & Schloss, J. (2019). Pharmacological evidence of medicinal cannabis in oncology: a systematic review. Supportive Care in Cancer, 1-13. They found that current evidence shows a lack of clear biomarkers and an inability to accurately assess the pharmacokinetic profile of cannabinoids, making it difficult to establish clarity for accurate dosing and scheduling. Further exacerbating the problem is conflicting research that suggests cannabis treatment can have negative effects on cancer outcomes.

The researchers identified that THC (in the bloodstream) inhibits the p38 MAPK cellular pathway. Basically, this pathway controls programmed cell death. When functioning normally, the pathway allows cells to self-destruct. Inhibition of this apoptotic process allows cancer cells to grow and spread uncontrollably. The researchers found this effect to exist in animals and a small group of humans.

One Study Finds that THC is Speeding Up Tumor Growth

Basically, this is in line with the findings of an earlier study published in Cancer Research (2004), in which researchers found that THC concentrations comparable with those detected in patient’s blood after THC administration can speed up tumor growth and contribute to cancer progression. [7]Hart, S., Fischer, O. M., & Ullrich, A. (2004). Cannabinoids induce cancer cell proliferation via tumour necrosis factor α-converting enzyme (TACE/ADAM17)-mediated transactivation of the … Continue reading

These conflicting reports detail the negative effect that cannabis treatment may have on cancer outcomes. Attention and further research is needed. However, the mechanisms of cancer development can be unique among independent cancers. And this may be reflected in the efficacy of cannabis-cancer treatments as well.

RELATED  Can We Stop High Tolerance to Cannabis?

Cannabinoid medicine may work for one type of cancer and exacerbate the disease in another. To answer these questions, the medical community needs evidence from further human research. Basically, the interest in conducting human trials appears to be growing, but several key challenges remain. 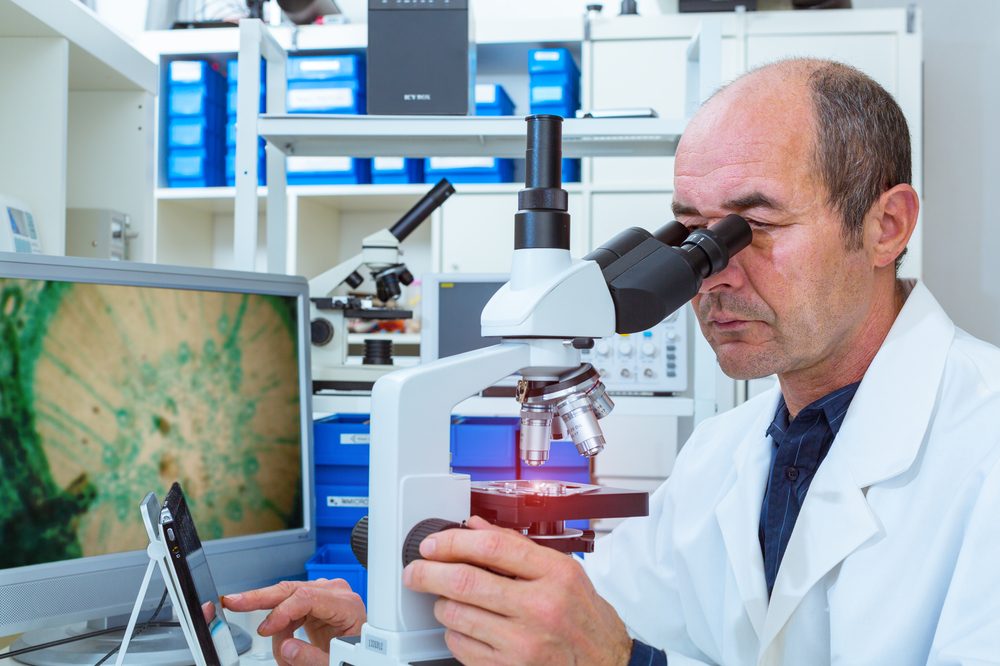 The Problem with Cannabis as a Primary Cancer Treatment in Humans

Whenever dealing with a potentially fatal disease, human research is high-risk. Without proper treatment, the patient could die. This is why it will be an uphill battle for researchers to prove that cannabis can act as a cancer treatment.

This is because ethically, a human trial cannot deprive patients of the standard of care (e.g. chemotherapy/radiation therapy) that could otherwise save their lives. Essentially, some trials have provided cannabis therapy to cancer patients after traditional therapies have failed. But, in that case, the cancer may have progressed to the point where nothing would help the patient.

For the foreseeable future, researchers will most likely test cannabis as a complementary therapy. Accordingly, the early scientific evidence supporting cannabis as a complementary cancer treatment is encouraging, but the number of clinical trials is still very limited. For now, the role of cannabis in cancer treatment is limited to easing symptoms. However, it might not stay that way for long. [8]López-Valero, I., Saiz-Ladera, C., Torres, S., Hernández-Tiedra, S., García-Taboada, E., Rodríguez-Fornés, F., … & Sepúlveda, J. M. (2018). Targeting glioma initiating cells with a … Continue reading