Scientists are researching cannabis for endometriosis, hoping it could fight the chronic inflammation of this painful disorder.

Endometriosis is a painful chronic disease that affects a vast population of women worldwide. In fact, one in ten women experience endometriosis — approximately 176 million women throughout the globe. The condition occurs when endometrium tissue that normally lines the uterus grows outside the organ. Thankfully, researchers are pioneering animal studies on the disorder’s relationship with the endocannabinoid system – with the hope that cannabis might make a difference for patients.

Typically, endometriosis can be treated with pharmaceutical or over-the-counter medication and/or surgery — but so far there is no cure available. Most medications (such as NSAIDs and hormone therapy) for endometriosis present challenges for long term use, and surgery isn’t always effective.

Pain is the main symptom of endometriosis — both extreme menstrual pain and chronic pelvic pain. Endometriosis can cause sex and bowel movements to be painful. Just as terrible, it can cause permanent digestive problems, and even infertility. And due to widespread normalization of female menstrual pain, along with gaps in medical knowledge about its causes, many women suffer from this condition without hope for relief.

However, scientists are beginning to study how the endocannabinoid system (ECS) functions in patients with endometriosis. And their research could lead to improved treatment programs for patients suffering from this painful condition.

Endometriosis and the Endocannabinoid System

In a study published in Pain (2010), scientists discovered that the ECS may be involved in endometriosis and its symptoms. Using a rat model to test their hypothesis, researchers showed that the ECS contributes to both the growth of endometriosis and the pain that accompanies it. Prior research discovered that sensory and sympathetic nerve fibers form new branches to innervate the endometrial tissue.[1]Dmitrieva, Natalia, et al. Endocannabinoid Involvement in Endometriosis. Pain, U.S. National Library of Medicine, Dec. 2010, www.ncbi.nlm.nih.gov/pmc/articles/PMC2972363/(( The scientists in this … Continue reading 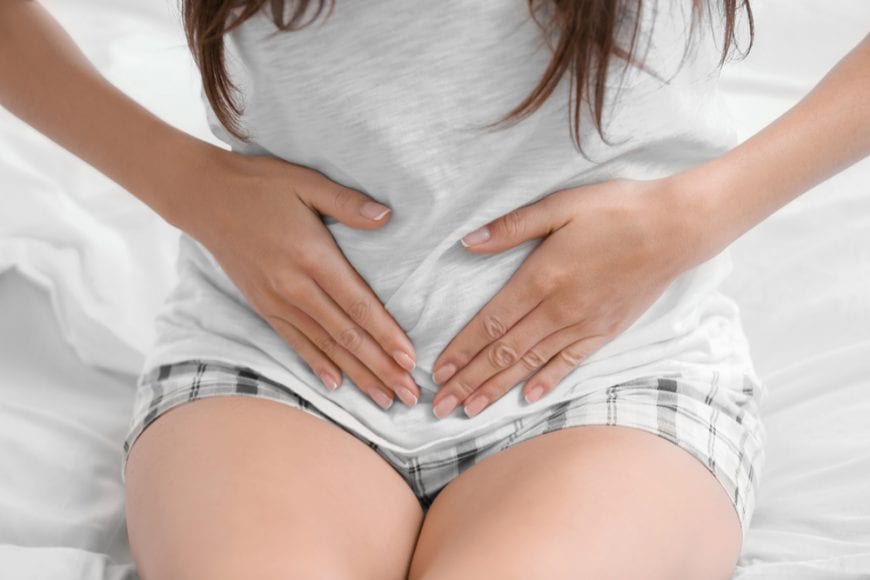 With this knowledge of a relationship between the ECS and endometriosis, scientists are beginning to study whether regulation of the ECS presents an effective treatment option. Though anecdotal, information about self-reported use of cannabis as treatment for endometriosis has recently been published.

A study published in The Journal of Minimally Invasive Gynecology (2019) surveyed endometriosis patients about their consumption of THC and CBD for pelvic pain. Of the 364 respondents, the majority of women who had tried cannabis reported that it moderately or effectively reduced pain.[2]Reinert, A. and Hibner, M. Self-Reported Efficacy Of Cannabis For Endometriosis Pain. Journal of Minimally Invasive Gynecology, Nov. 2019, … Continue reading

Another study published in the Journal of Obstetrics and Gynaecology Canada (2020) surveyed Australian women with endometriosis about their consumption of cannabis. Out of the 484 women who responded, thirteen percent reported cannabis consumption for symptom management. Just over seven out of ten of these women also reported that cannabis was effective in reducing their pain.[3]Sinclair, Justin, et al. Cannabis Use, a Self-Management Strategy Among Australian Women With Endometriosis: Results From a National Online Survey. Journal of Obstetrics and Gynaecology Canada, … Continue reading

Given these anecdotal reports, testing the actual efficacy of cannabis on endometriosis pain is the next step for research. Researchers in Spain have recently done just that, with their study published in eLife (2020). They treated female mice with endometriosis with daily treatments of THC. They concluded that the treatments not only alleviated symptoms of pain, but THC also inhibited the development of endometrial cysts.[4]Escudero-Lara, Alejandra, et al. Disease-Modifying Effects of Natural Î”9-Tetrahydrocannabinol in Endometriosis-Associated Pain. ELife, ELife Sciences Publications, Ltd, 14 Jan. 2020, … Continue reading 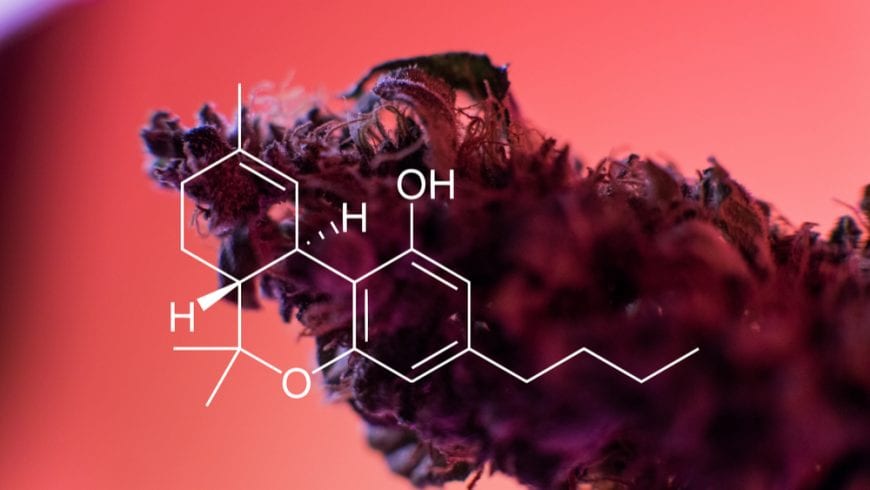 While the above results are promising, they are also preliminary.

Taken together, they present a worthy case for further research into cannabinoid therapy for endometriosis. Human trials are the next step, in order to fully ascertain whether the animal studies translate over to endometriosis patients. The anecdotal evidence is definitely intriguing. However, more analysis into the mechanics of endometriosis and its relationship with the ECS is badly necessary.

As the prevalence and severity of this painful disease continues to disrupt the lives of millions of women, a new treatment plan could provide hope. If future studies confirm that modulation of the ECS can inhibit and treat this disease, it’s possible cannabis could help. And in doing so, it could present a non-invasive option with a better safety profile than NSAIDs, painkillers and hormonal treatments.

However, more research is necessary. Scientists need more trials to know if cannabinoids are effective, and if so, which compounds work best. And if cannabinoids like THC can help patients suffering from endometriosis, they must research potential side effects, such as cognitive and perceptual changes.

The scientists in this study showed that CB1 receptors could be found on these fibers, suggesting that the ECS is involved in the development of endometriosis tissue. But, the presence of CB1 receptors in these fibers also points to a two-way communication between the growths and the nervous system. The authors of the study theorized that modulating the ECS could potentially alleviate symptoms, and regulate innervation of endometrial growths.

In 2017, a study was published in Cannabis and Cannabinoid Research. This study reviewed prior research regarding the ECS and endometriosis. By delving into the pain mechanisms involved with endometriosis, they analyzed the current data linking the ECS to this condition.