Cannabis energy drinks are up and coming. Should we even be drinking these?

A new cannabis energy drink is one of the countless new products trying to cash in on the cannabis band wagon — a trend that may be undercutting the entire industry. Monster has announced an interest in creating a cannabis-infused beverage, officially ushering in an era of cannabis energy drinks. While other companies have offered similar products, like Willie Nelson’s CBD-infused coffee, the proliferation of such products should give us pause. CBD may be a fantastic remedy for all sorts of ailments, but it’s not a panacea.

Could the addition of CBD to every product under the sun have adverse effects, in terms of public perception, prices, or health? Let’s use cannabis energy drinks as our model to think through the implications of a world where CBD seeps into everything.

What Happens When You Mix Cannabis with Caffeine?

Cannabis energy drinks promise to deliver the best of both worlds, a product that is simultaneously calming and energizing. But it’s just as likely to do the opposite. After all, if CBD calms you down and caffeine jolts you awake, wouldn’t the two just cancel each other out?

While that’s not quite the case, there is scant research on the effects of combining active cannabis compounds with caffeine. One study published in Association with the European Federation of Clinical Chemistry and Laboratory Medicine examined a CBD-infused tea found that scalding temperatures could affect the CBD, breaking it down slightly and leading to weaker and inconsistent dosages.[1]Pacifici, R., Marchei, E., Salvatore, F., Guandalini, L., Busardò, F., & Pichini, S. (2017). Evaluation of cannabinoids concentration and stability in standardized preparations of cannabis tea … Continue reading 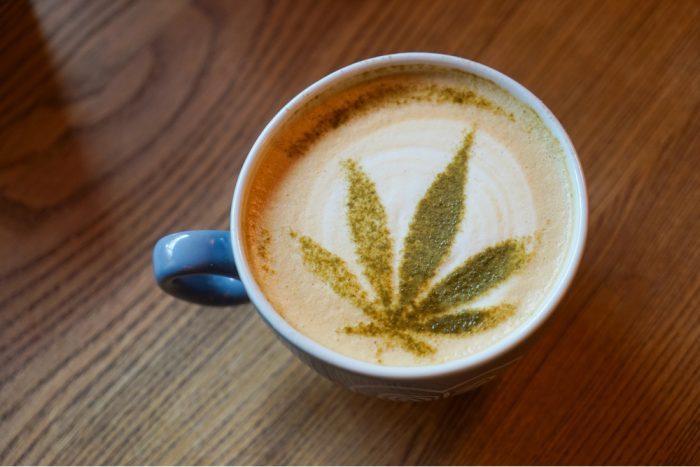 But cannabis energy drinks wouldn’t suffer from overheating. The concern is about how caffeine and CBD interact. A different study in Journal of International Medicine last year, looking exclusively at coffee, found that CBD and caffeine affect the same neuro pathways in the brain. That means there’s potential for amplification, cancelation, or something more nefarious to occur when the two combine.

That doesn’t mean that CBD and caffeine are necessarily a dangerous combination. Many people, including this espresso bar owner with an autoimmune disease, swear by the stuff. But not everyone is as responsible as that Michigan-based barista, who combines CBD and coffee in order to treat the chronic pain in his legs.

And we’re not talking about a light tea after a CBD gummy bear. That’s kiddie stuff. The issue at hand is whether it’s beneficial or dangerous to slurp down a cannabis energy drink. Those things are like coffee on steroids; there’s a lot more than caffeine in there.

The trend of adding CBD to any consumer product is running rampant, but it’s confusing consumers and potentially harming the newborn cannabis industry. While CBD does a lot of good, there are times and places where it doesn’t help. Tossing back cannabis energy drinks may be among them.

The active ingredients in a Red Bull are all uppers, and CBD is a depressant. When you combine the two in your system, there’s no telling how you might feel. In the right proportions, you could have a lot more energy without any anxiety or jitters. But if you take the wrong combination, you could feel very weird. Some CBD energy drink consumers reported feeling sleepy but energetic, the kind of mental state that makes people prone to mistakes while operating vehicles.

Mixing any uppers and downers is potentially dangerous. We learned that the hard way, when the alcoholic energy drink like Four Loko hospitalized teenagers, blacked out college students, and many more bad times.

CBD’s addition to dangerous products feels like a backdoor effort to make them healthy — and that’s just not the case. On its own, CBD is a natural and restorative substance. But energy drinks are not healthy, no matter how much good stuff is added to the mix. It’s like eating carrot cake and insisting it’s a vegetable.

The danger with this approach is that CBD becomes a marker of faux healthy products. That, in turn, undercuts its very real benefits. If teenagers start blacking out on CBD energy drinks, the whole cannabis industry could develop a bad image.

CBD can ease tremors, reduce anxiety, relieve insomnia, and promote calmness. Monster does the opposite. So who, exactly, is the audience for a cannabis energy drink? 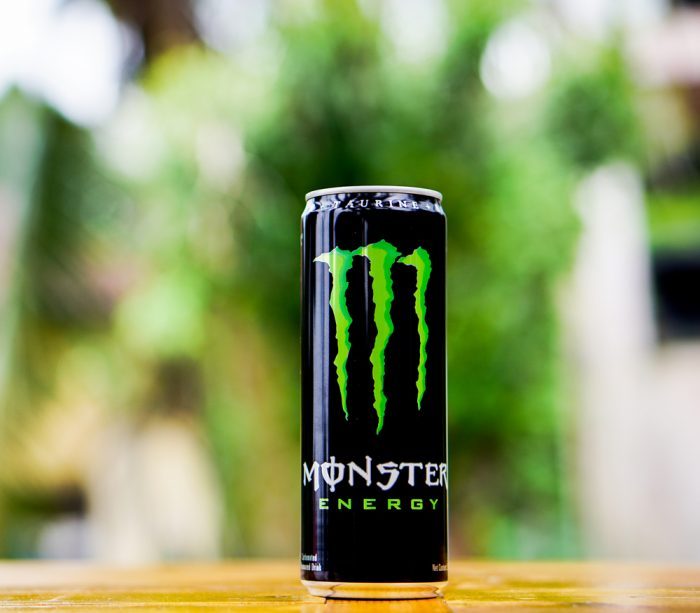 Apparently, it’s youth. Instead of going after CBD consumers, cannabis energy drink executives are targeting the same folks who drink regular energy drinks. That’s a bit dangerous. Why? Because one of the biggest dangers in combining uppers and downers is taking too much. It’s tough to measure how much you’ve taken, and that’s especially true in young people who may not be aware of their own limitations.

Cannabis energy drinks present a few problems, but there is a solution: Start low and go slow.

No one should introduce themselves to caffeine by chugging a Monster, just as no one should use dab as an introduction to cannabis. When it comes to both products individually, start with small amounts and increase dosage slowly.

That advice goes double when these are combined. Because CBD’s effects are on a person-by-person basis, it’s hard to know how anyone will react. And that’s just the problem. We’re not sure how much caffeine and CBD are going to be in these products, or how much is safe.

What we need is more research, or until then, very cautious consumers.