Cannabis Hash is a Medicine for the Ages

With a history dating back millennia, cannabis hash is a solvent-free, potent concentrate that’s still as popular today as ever.

Cannabis hash is a concentrated form of the cannabis plant. Made from the resin within the trichomes, hashish distills the potency of cannabis bud into a concentrated form. While commonly smoked in a pipe, bong, or joint in modern times, oral consumption was prevalent in days gone by.

Produced via agitation techniques coupled with heat and pressure, hashish is a pure form of cannabis concentrate. And one that preserves many of the cannabinoids and terpenes that make up the plant spectrum. THC levels in hash often approach ninety percent, something that results in a much more potent experience when compared to cannabis bud alone. 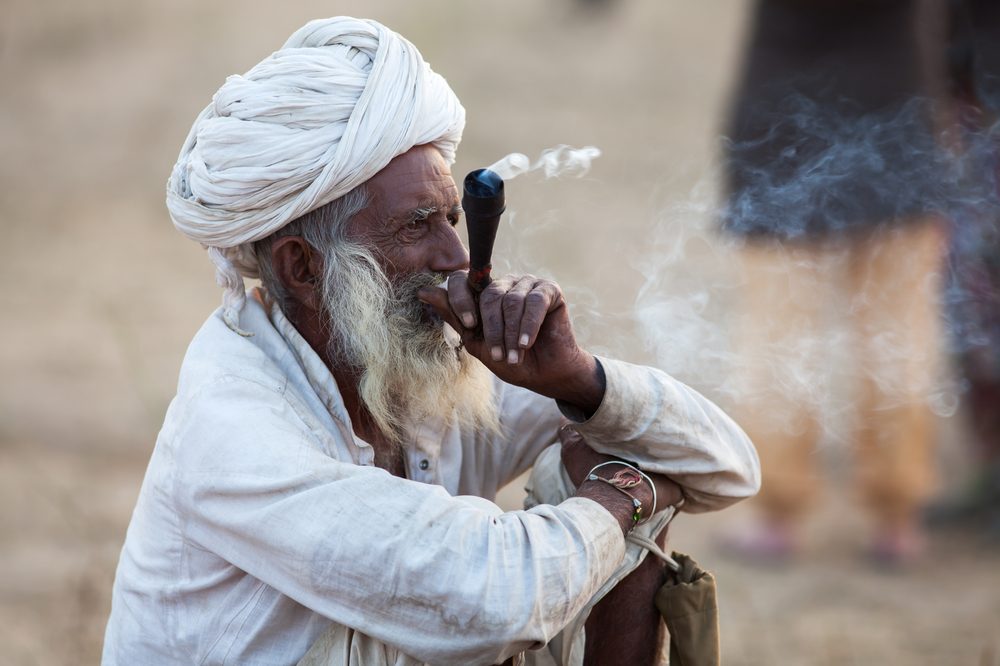 The History of Cannabis Hash

Cannabis hash has a history that stems back many thousands of years. Native to central Asia, the hemp plant traditionally formed an important role in agricultural societies. This was because of its multiple uses, such as fiber, cordage, and clothing. Nomadic tribes brought the plant to new lands and at some point along the way, discovered its magical powers when ingested.

Central Asian and Middle-Eastern countries like Afghanistan, Pakistan, and Lebanon were the first to stumble upon the idea of consuming the potent resin that stuck to their fingers after working the plant. Hashish quickly proliferated throughout the region before making its way to Africa.

In the early days, oral consumption of hashish remained the only method of administration. In fact, smoking didn’t became commonplace until Columbus returned from the new world in the late 1400s. Typically consumed orally in high doses in these early days, hashish provided a hallucinogenic experience far beyond what many consumers typically experience in modern times.

Hash’s introduction to Europe came after Marco Polo encountered it on his travels throughout the 1300s. By the 1800s, cannabis was commonplace in Europe, where its recreational consumption proliferated in addition to its many medicinal uses. It remained legal in Europe before eventually making its way to the United States. There the concentrate prospered for a short time before Prohibition kicked in around 1937.

Traditionally, hashish production involved pressing and rubbing cannabis flower between the hands. By molding the resulting sticky resin into balls, a basic form of hashish, commonly known as Charas, results.

As techniques became refined, mechanical agitation became a more common method of hashish production. In such cases, the cured plant material undergoes agitation over a sieve to allow for the collection of the trichomes. By pressing the resulting kief into blocks via the aid of heat, the end result becomes a sticky pliable dark block of concentrate.

In more recent times, the freezing of fresh plant material has become increasingly popular. The freezing of plant material not only preserves the potency of the plant, it also enables the trichomes to break off from the bud more easily. With the use of ice water and agitation, trichomes sink to the bottom before filtration occurs through meshes of varying sizes. Bubble hash is one increasingly popular form of hashish made via such methods.

One distinct advantage of cannabis hash is that unlike other forms of cannabis concentrate, most versions of hashish do not involve the use of solvents. The clean extraction process mitigates the need for solvent purging, something that many purists find appealing. 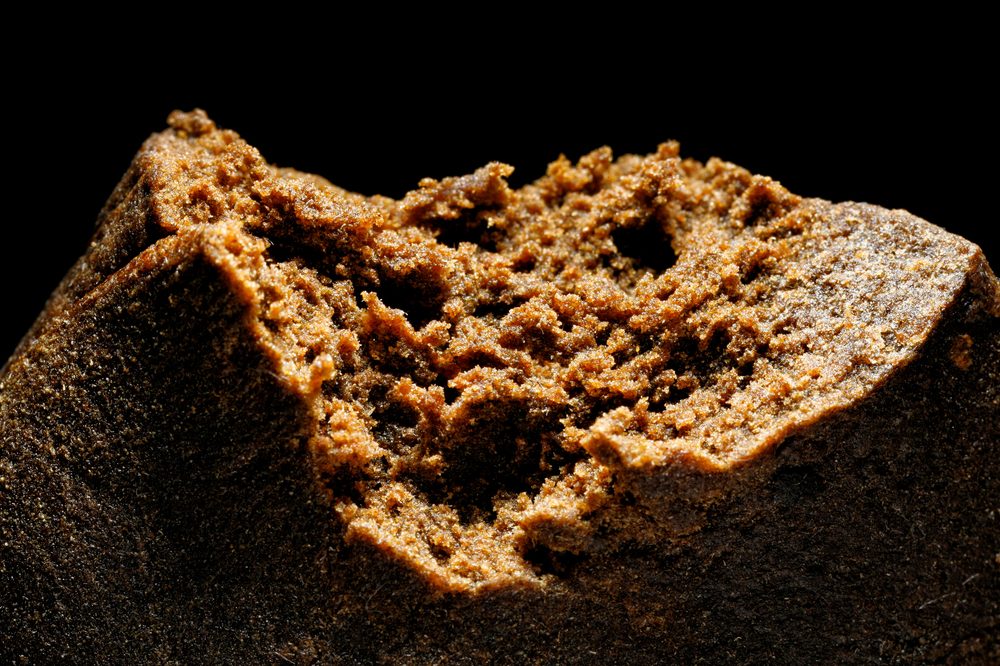 The Effects of Cannabis Hash

Many of those opposed to the consumption of modern highly-potent cannabis chemovars often quote the line “this is not your parent’s cannabis.” And while the breeding of modern chemovars does indeed result in varieties with extremely high quantities of THC in flower, none rival the effects induced by hashish when consumed orally in high doses.

Fitz Hugh Ludlow was the man who brought the effects of hashish to national attention in the United States in the mid-1800s. In his book, “The Hasheesh Eater,” he documented, in great detail, the visions induced by the oral consumption of hashish. In sufficiently high doses, hashish can lead to severely altered states of consciousness. The strength of these states can rival those of other potent plant hallucinogens.

Few in modern times consume such high doses orally, however. Hashish doesn’t burn well alone, and is often combined with cannabis flower, or even tobacco, in a bong, pipe, or sprinkled into a joint. The effects of such methods of administration, while still noticeable, are much less potent.

Cannabis hash often induces euphoria coupled with relaxation and sedation. Many find hashish to be useful in combating anxiety. But due to its potent nature, hashish not recommended for anyone with an underlying mental illness, such as schizophrenia. A study published in the European Archives of Psychiatry and Clinical Neuroscience (2009), [1]D’Souza, D. C., Sewell, R. A., & Ranganathan, M. (2009). Cannabis and psychosis/schizophrenia: human studies. European archives of psychiatry and clinical neuroscience, 259(7), 413–431. … Continue reading investigated the effects of hashish on patients afflicted with schizophrenia. Researchers noted that, “Δ9-THC transiently exacerbated a range of positive and negative symptoms, perceptual alterations, cognitive deficits, and medication side-effects associated with schizophrenia without producing any obvious beneficial effects.”

Important to note is that this was THC-rich hash, rather than CBD-rich – which some research shows aids schizophrenia as well as conventional schizophrenia medications in some carefully conducted trials. 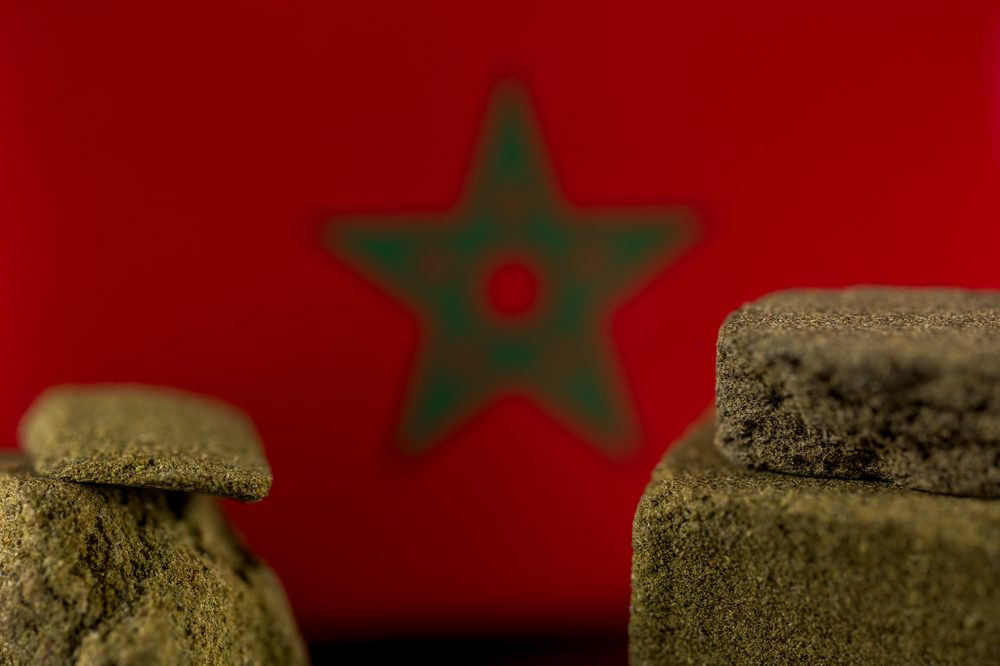 Where to Source Quality Hashish

Hashish production is still prominent in central Asia and northern Africa. Morocco is one of the largest worldwide producers of hashish and is famous for producing a quality product. Its proximity to Europe means that over the centuries, Moroccon hashish made its way through Spain into mainland Europe in a trend that still continues today.

Afghanistan, however, is currently the world’s largest producer. A report published by the UN Office on Drugs and Crime (2010), estimated that cannabis cultivation utilizes between 10,000 and 24,000 hectares of land in the country. Crop yields can produce 145 kilograms of hashish per hectare. But the ideal climate in Afghanistan means that yields far exceed the estimated forty kilograms of hashish per hectare in Morocco. Lucrative returns mean that many poor farmers in the region make much more than they ever could farming legal crops.

Hashish is Here to Stay

Having stood the test of time, this potent concentrate continues to thrive the world over. And for the purists, as well as the newbies, hashish is that solvent free, potent, and economical concentrate that rarely fails to leave a consumer satisfied.