All signs point to yes for cannabis helping patients recover from opioid abuse, but not so consistently with alcohol.

Prohibition-era lawmakers have long held that cannabis is the gateway drug. One puff from a ”marijuana cigarette” and you’d be well on your way to serious drug abuse, crime, and homelessness. By now, the slippery slope argument has been disproven, but many people still debate whether cannabis helps escape from or develop substance use disorders. As the data is now suggesting about opioids, cannabis might help reduce overdose deaths and addiction. But, what about the other unspoken national obsession – alcohol? Does cannabis provide recovery for alcohol abuse?

To be sure, therapeutic cannabis has helped many people, therapeutically. It reduces pain for even difficult-to-treat conditions. In the laboratory, it’s even killing cancerous cells. Cannabis has also drastically reduced the severity of seizures for children with intractable forms of epilepsy. Many recovering addicts testify to the merits of cannabis in helping reduce withdrawal symptoms and stay sober.

In a world where cannabis is becoming normalized, consumption trends are changing. Although no one knows if the trends are related, society’s relationship with alcohol is also shifting. For example, for the first time in decades, adolescents and college-aged adults are reportedly drinking less. At the same time, these groups (aka Millennials) are consuming slightly more cannabis. 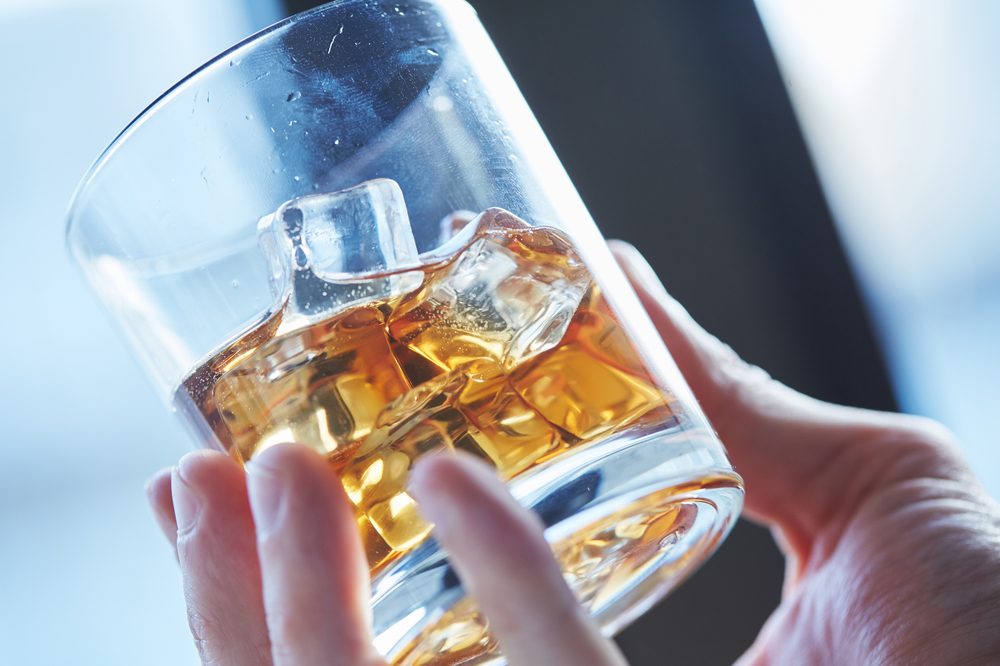 In Colorado, and across legalized American states, study after study has found reduced pharmaceutical prescriptions after medical cannabis comes on board. It’s pretty well established that when medical cannabis is available, patients prefer it. It works quickly, has a much lower risk of addiction, fewer side effects, and can provide similar or better relief.

Furthermore, as a review by the University of Washington highlights, in a survey of over 1000 participants, almost half reported taking cannabis as a substitute for other prescription drugs.

How does this translate for patients with alcohol use disorders? Experts repeatedly list alcohol as the most dangerous substance over and above the dangers of meth, cocaine, and heroin. Cannabis falls squarely at the lower end of the risk spectrum, somewhere above ketamine and magic mushrooms (both of which are also undergoing trials for their medical potential).

To be honest, the research is conflicting on this one issue: Some studies find medical cannabis can help curb alcohol consumption, while others find it encourages it. Research lead, Rachel Gunn stated, “There is conflicting evidence in the literature as to whether cannabis acts as a substitute, meaning that it replaces the effects of alcohol, or complements, meaning that it enhances alcohol intoxication.

Vets with Alcohol Use Disorder at Higher Risk with Cannabis

Let’s explore these numbers. Jane Metrik and her research team discovered that cannabis consumption might exasperate alcohol abuse in certain populations. Her study, “Daily Patterns of Marijuana and Alcohol Co-use Among Individuals with Alcohol and Cannabis use Disorders,” looked at interviews with patients who received treatment at a Veterans Affairs office.

Her team compiled information on those with alcohol use disorder and cannabis use disorder. The team also sorted the data for vets relying on cannabis medicinally, and those taking it recreationally. There was a clear division in the data, where cannabis consumption increased daily alcohol consumption in recreational consumers, but not for medicinal patients. 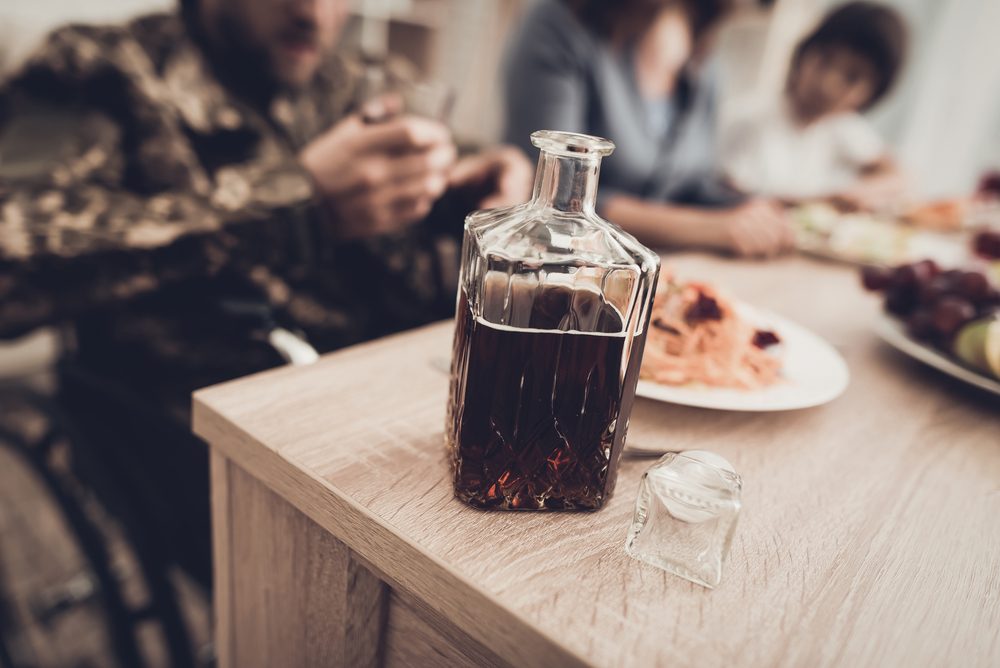 Also, when interviewees with alcohol use disorders consumed cannabis, they tended to consume higher levels of alcohol. In this specific demographic, cannabis made alcohol use disorder much worse. It should be noted, however, that cannabis consumption is not permitted as a medicinal option by the VA. This can skew data collection and self-reporting.

Gunn admits there is still much to learn about how alcohol affects different demographics. To complicate matters further, there may be different effects from different cannabinoids. Gunn’s research explored cannabis, but didn’t look at what kind of cannabis, what cannabinoids, and doses.

They found “High-risk drinking appears common among medical cannabis patients.” The authors importantly highlighted that, “Future research should examine whether such use is concurrent or consecutive.” In other words, their findings do not mean cannabis consumption makes drinking worse. Drinking could be another coping strategy by the patient and not a result of cannabis consumption at all.

Finally, another interesting study, published in Addiction Research & Theory (2012), this time on medical cannabis patients from four dispensaries in British Columbia, found patients often consume cannabis as a substitute. Exactly forty per cent of respondents reported that they took cannabis to replace alcohol. Additionally, thirty-six per cent said they take cannabis to replace prescription drugs. Why did these patients prefer cannabis? They reported less withdrawal, better symptom management, and lower reported side effects as the top three reasons.

Cannabis May Protect Our Bodies from Damage Caused by Alcohol

Alcohol, especially in excessive quantities, is physically damaging. This can include widespread inflammation, alcohol-induced liver disease, brain damage, and alcohol-induced gastritis. In each of these areas, cannabis has the potential to reduce the risk.

Alcohol-induced gastritis is what happens when excessive alcohol consumption damages the protective mucous lining of the digestive tract. Research on 300,000 patients with risky alcohol consumption discovered those folks who ‘co-used’ both alcohol and cannabis had a 25 perfect lower risk of developing alcohol-induced gastritis. These results may be related to cannabis’ well documented anti-inflammatory effects. 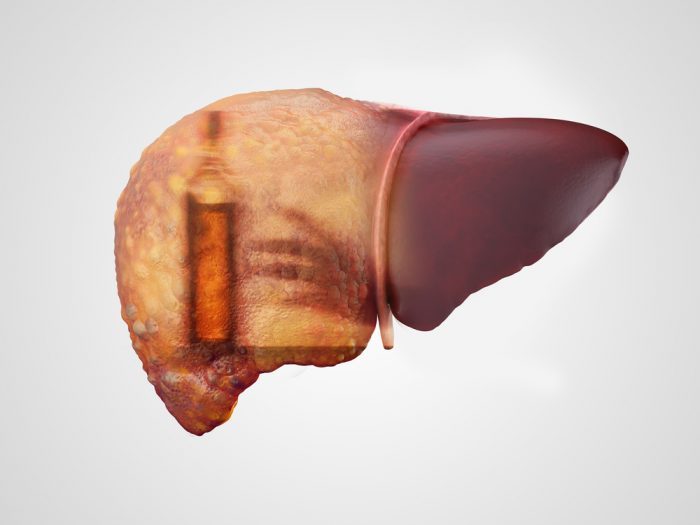 When it comes to alcohol-related liver disease, there is significant evidence that cannabis can provide substantial protection against liver damage. Another extensive survey of patients, using the same subset of data, determined cannabis consumption reduced the risk of certain liver diseases by fifty per cent.

What about your brain? It’s not news that alcohol causes brain damage by destroying or damaging neurons. In an animal study, researchers gave intoxicated lab rats doses of CBD (the non-intoxicating cannabinoid from cannabis). Looking for brain damage through post-mortem dissection, the researchers found CBD reduced the risk of brain damage by roughly fifty per cent. It’s just another example of how cannabis seems to create a protective layer between alcohol and your body.

So, Recovery for Alcohol Abuse? Or Risk Factor?

It’s hard to understand the relationship between medical cannabis consumption and problematic alcohol consumption. Some of the literature seems to suggest that cannabis offers a valuable substitute for more harmful substances, like alcohol or pharmaceutical prescriptions. Yet, there is a fascinating set of data showing cannabis consumption might make alcohol use disorder worse.

More research is required to find out if cannabis consumption exacerbates alcoholism or can help with recovery for alcohol abuse. Broadly speaking, the trends seem to suggest people are slowly reducing their alcohol consumption for the first time in a long time. It’s happening when cannabis is legally, socially, and medically much more acceptable. Is this just a coincidence? Or are people putting down their beers in favor of the bong?