Neurogenesis is the process of making new brain cells. In adults, this is critical to learning, mood regulation, and maintaining brain health. In fact, many psychiatric disorders, like depression and schizophrenia, accompany an impaired neurogene process. Importantly, the endocannabinoid system plays an active role in the neurogenesis process.

What Role Does the Endocannabinoid System Play in Growing New Brain Cells?

Scientists confirmed the participation of the endocannabinoid system in neurogenesis through animal studies. In an animal model of brain injury, mice bred to lack cannabinoid receptor CB1 or mice with the activity of the CB1 receptor blocked, reduced neurogenesis. In in vitro studies on neural cells, growth and division of NPCs were inhibited when the activity of the CB1 and CB2 receptors were blocked.

What is the Role of Cannabinoids in Neurogenesis?

Cannabidiol (CBD) appears to  increase neurogenesis in animals. For example, one study on an animal model of chronic stress found that CBD could undo the reduced neurogenesis and the anxiety. Importantly, animal studies have shown that neurogenesis only occurs after long term administration of cannabinoids, so it doesn’t have an immediate effect. 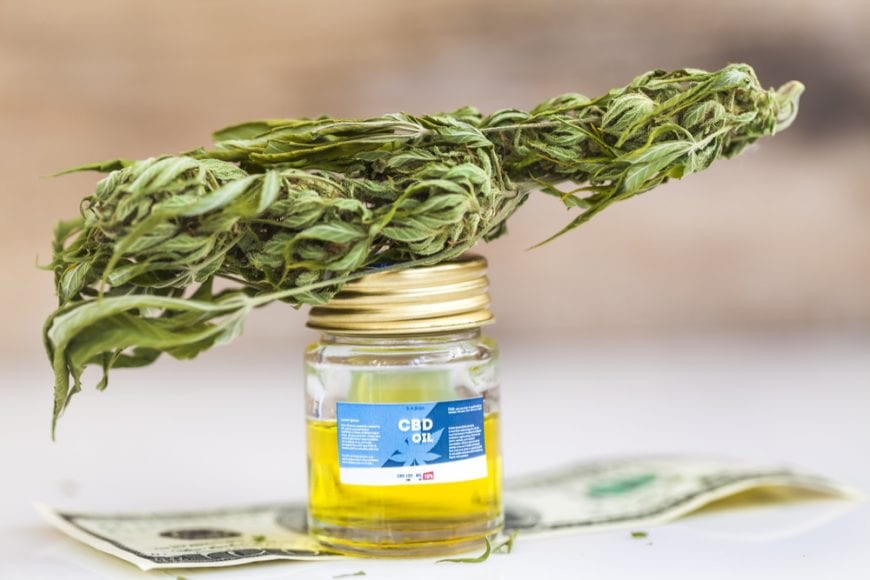 Looking more closely at the brain leads to further evidence for the role of the endocannabinoid system in neurogenesis. And, thus, the potential for cannabinoids to help. High levels of CB1 and CB2 receptors were found in the part of the brain that is known to be responsible for containing NPCs and promoting neuron growth and differentiation, the subventricular zone (SVZ). The two kinds of diacylglycerol lipases (DAGLs), enzymes that help synthesize the endocannabinoid 2-arachidonoylglycerol (2-AG), are also in this part of the brain. Their presence also points to an active role of the endocannabinoid system in neurogenesis.

The mechanism seems to involve both cannabinoid receptors, CB1 and CB2. A variety of protein signalling cascades have always resulted in neural regeneration. This is in both animals and brain cells studied in vitro. These signaling pathways, once activated by cannabinoid molecules binding to the cannabinoid receptors, encourage NPCs to grow and divide. Scientists call this process “proliferation.”

After the population of NPCs grows, they begin to migrate to different parts of the brain. Once there, these undergo a transformation into the type of cell the brain needs. Scientists call this “differentiation.”

RELATED  How Does Cannabis Compare to Opioids for Treating Nerve Pain?

Cannabinoids also mediate this process. After differentiation, cannabinoid receptors remain on the cells. Scientists believe these play a part in signalling three things: Whether the cell should continue to live, should undergo programmed cell death, or should receive cell maintenance.

The psychoactive side effects of activating the CB1 receptor limit the practical use of cannabis for encouraging neural regeneration. Some study subjects have a hard time tolerating the these effects of THC in whole plant cannabis and thus, may not reach therapeutic dose.

Since the above article was initially published, more research has confirmed the role of cannabis in neurogenesis. Investigations involving THC found that “∆9-THC enhanced the markers involved in all stages” of the brain’s mechanism for neurogenesis. The study, published in Neurotoxicity Research (2018), found that adding THC to the brain of the animal model (rats) improved efficiency of the process of neurogenesis. The researchers saw positive results in the hippocampus specifically. The results demonstrate that THC improves the cognitive function of the uninjured rats. Further research will surmise if neurogenesis in the injured brain is as responsive to THC.

Endocannabinoid Receptors and How They Work In Your Body

THCa: The Cannabinoid That Loves Your Brain

Topical Cannabinoids for Melanoma? Be Careful