Many prominent figures in cannabis community think Cannabis Hyperemesis Syndrome is a fake news conspiracy to undermine legalization efforts. It’s not. And it can be lethal.

At the start of 2018, Alice Moon was, well, over the moon. A diehard cannabis advocate, she organized cannabis-themed events in the Los Angeles area, had been featured on Vice more than once, was nominated High Times Woman of Weed, co-hosted the inaugural California Cannabis Awards, and even appeared on the famous CNN NYE 2017 cannabis tour in Denver, the most-watched NYE special in cable TV history. (Full disclosure: I was on that tour with her, where we met in person for the first time.)

Her resume includes years of reviewing edibles, too. Yet, Moon’s love for cannabis came with a price. What started as sparse, random puking fits quickly devolved into a life-threatening situation. She thought maybe it was alcohol, so she stopped drinking. Friends suggested cannabis to control her uncontrollable nausea, yet the extreme queasiness intensified. As the months went by, she couldn’t eat anything, let alone hold anything down.

“That’s Just How It Was”

“I was throwing up so much I couldn’t even hug my toilet anymore,” Moon told RxLeaf. “One day, I just started throwing up in my front yard. My neighbor came to help, but I told them there was nothing they could do. That’s just how it was.”

After months of seeing doctors with no relief in sight, she decided to see a gastroenterologist. The doctor suspected cannabis could be the culprit behind her illness. But Moon, a cannabis patient and activist, couldn’t bear the news.

“I had heard about CHS last year, but I didn’t believe it,” she said. “I didn’t want to believe that’s what I was going through.”

She went about her business consuming cannabis, the vomiting persisted, and eventually she couldn’t even hold down water. Another emergency visit resulted in half an hour of techs poking at her arms to deliver an IV, trying to locate a decent vein that hadn’t shriveled from rampant dehydration.

“There was no denying it was cannabis”

Left untreated, doctors believe CHS could be lethal due to renal failure. In other words, we don’t take the condition  seriously, we may soon lose one of our favorite slogans: that cannabis hasn’t killed anyone.

After months of cutting food and drink items out of her diet, Moon finally gave up cannabis. “There was no denying it was cannabis,” she said regarding the cause of her vomiting spells. She not only stopped smoking and eating cannabis, she stopped using infused lotions and lip balms, and she gave up CBD products as well. The vomiting ceased two weeks later. 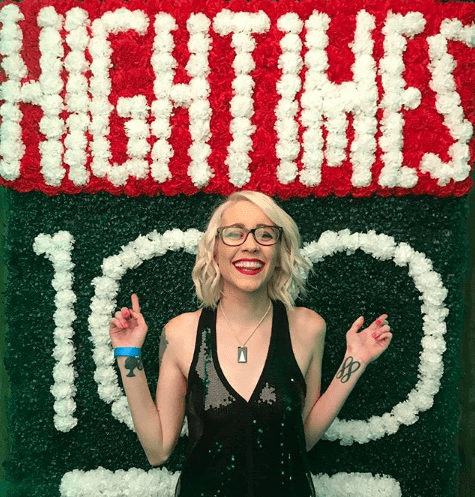 Unfortunately, many prominent members of the cannabis community do not take CHS seriously. They believe it’s a conspiracy to derail the victories our movement has made in recent years. This skepticism is understandable. Governments have lied to us about the dangers of cannabis for decades – if not centuries – so a vomiting illness caused by herb sounds like another prohibitionist talking point, right?

What is Cannabis Hyperemesis Syndrome, Exactly?

CHS didn’t appear in medical literature until 2004. Studies on it have been lacking, although the medical community is aware of the condition. There is no known cause, and treatments are still experimental. Most anti-emetic drugs don’t work for CHS, either. The only tried-and-true treatment is the complete cessation of cannabis, which isn’t an option for some chronically or terminally ill patients.

The severity of CHS also varies from patient to patient. Some cases are relatively minor, where a patient vomits a little only after consuming cannabis. Some cases find instant relief with hot showers or baths. Others are potentially deadly, as in Moon’s case where she could no longer even drink water.

One way doctors identify a CHS diagnosis is through lab testing. Blood and urine analysis show nothing unusual. No dietary changes sync up with symptoms. Essentially, once all possibilities have been eliminated – and the only suspect remaining is cannabis – doctors will suggest CHS.

We don’t know. There are some hypotheses, but none have been thoroughly tested to rule any of them out – yet.

Could It Be Pesticides?

Pesticide residues are a popular suspect within the cannabis community. Many advocates are rightfully concerned about pesticide retention in buds. It’s possible that a buildup of these toxic compounds after years of consumption could cause CHS.

Dr. Craig Smollin is an emergency toxicologist based in San Francisco. He’s seen a few cases of CHS, but in an email with RxLeaf, explains that the medical community knows too little about CHS to draw any conclusions.

“To my knowledge, the toxicology community is not attributing CHS to pesticide exposure,” he wrote.

Although regulatory agencies such as the FDA and EPA test pesticides for human health and safety, few studies have been done on smoking these same pesticides. The only pesticides commonly run through combustion tests are chemicals sprayed on tobacco, many of which aren’t used for cannabis grows.

Instead of pesticides, Smollin posits our own biology could be turning against us. The endocannabinoid system, which scientists didn’t discover until the 1980s, is incredibly complex. Since we’ve only known about it for a few decades, our knowledge for how it works is still murky. What we know is that cannabinoids like THC and CBD interact with our cannabinoid receptors, which are present on every cell type in the human body. Our nervous system contains most of our cannabis receptors. This suggests the endocannabinoid system is a communication network for the entire body. It’s possible when some people ingest too many supplemental cannabinoids from the plant over a long period of time, their endocannabinoid systems go haywire.

“I have read theories that propose that marijuana may act on a number of these receptors in ways that we don’t fully understand yet,” he wrote. “Inter-individual differences in the expression of these receptors may explain why some people develop CHS while others do not.”

However, he added, “There still remains a lot to be worked out in this area.”

Although cannabis is the primary trigger for CHS, there are two others: coffee and chocolate. (My condolences.) Like most things with CHS, this is also a mystery, but the coffee/chocolate triggers do provide a clue.

This clue was first explored in a 2016 study published by Case Reports in Psychiatry. In it, doctors prescribed haloperidol to a CHS patient with successful results. The patient stopped vomiting, despite her continued use of cannabis. 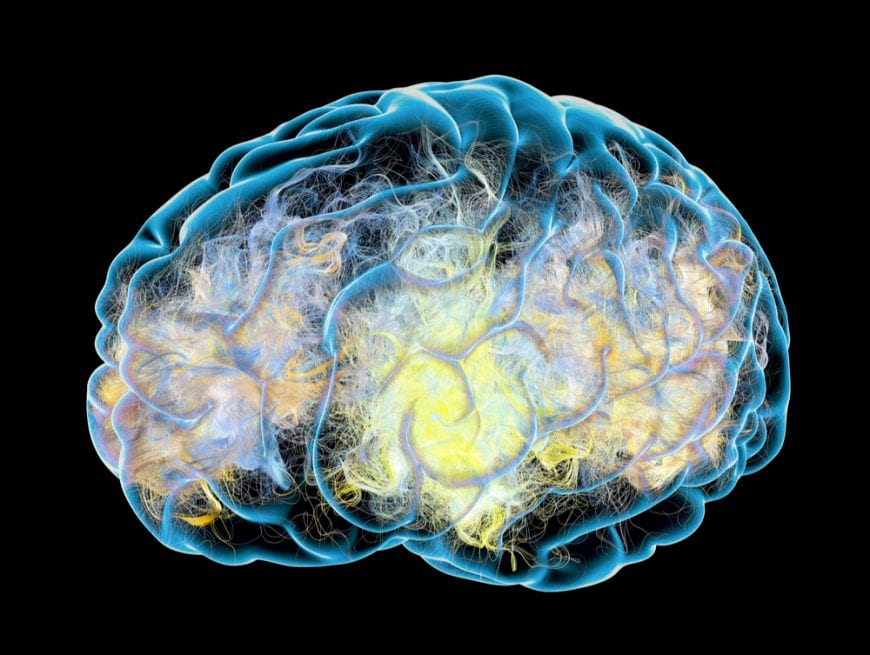 Haloperidol is an antipsychotic medication that blocks dopamine receptors. Doctors commonly give it to bipolar and schizophrenic patients, but cancer patients receive nausea relief from it, too. Coffee, chocolate, and cannabis stimulate our dopamine signaling, which may explain why they exacerbate CHS symptoms.

Could Cannabis Hyperemesis Syndrome Be a Lack of Heat?

Another unexpected chemical may treat CHS as well. Rubbing capsaicin, the molecule that makes peppers hot, topically on CHS patients will curb nausea and vomiting. This was reported earlier this year by the American College of Gastroenterology.

How does rubbing pepper extract on the skin stop CHS? Our body regulates its temperature through the TRPV1 receptor. Heat, capsaicin, and – you guessed it – cannabis, effect this receptor. The hypothesis proposed by the 2016 study suggests that overstimulation of the TRPV1 receptor by cannabis causes the receptor to shut down, much like steroid abusers stop naturally producing testosterone after juicing for years.

With TRPV1 refusing to “turn on,” the stomach gets out of whack, and the brain thinks something is wrong with the gut – hence chucking up non-stop. When heat or capsaicin (which the body cannot differentiate from real, physical heat) stimulate the receptors properly, the brain and belly effectively reset, ending CHS symptoms. This may explain why hot baths and showers can treat the illness.

Like the haloperidol patient above, the capsaicin patient also continued cannabis use during medical treatment. So it’s possible that both dopamine and TRPV1 dysregulation are responsible for CHS.

What Should I Do If I Think I Have Cannabis Hyperemesis Syndrome?

Stop consuming cannabis and see a doctor. They’ll run tests to see if something else is causing the nausea and vomiting. Although the general public may be unaware of CHS, the medical community is on it.

“We have raised awareness that this condition exists,” wrote Craig Smollin. “And we believe that the best way to treat the condition is to encourage patients we suspect as having CHS to stop using marijuana.”

He also noted that doctors are being educated on medications that can treat the condition – like haloperidol and capsaicin – so there are other options besides complete cessation of cannabis use.

As for Moon, she resumed smoking cannabis after 88 days of going cold turkey. However, she only consumes pesticide-free cannabis these days, just in case. And she hasn’t let up on educating the public about our favorite flower, either.

“This is just a side effect of cannabis that happens from overconsumption,” she said. “It’s easily treatable by taking breaks. Cannabis is a medicine, and like any other medicine, it just needs to be treated with respect.

“If you have too much water, you can die,” she continued. “Are we going to make water illegal?” 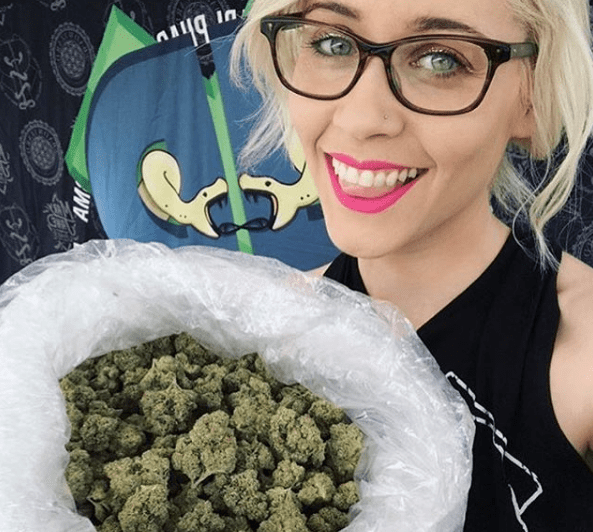 Note: This story now has an update here: