The Slow Growing Resurgence of Cannabis in the Middle East

Thanks to Lebanon, cannabis patients in the Middle East have a reason to celebrate 2020.

Lebanon became the third nation in the Middle East to pass reform laws allowing the cultivation of cannabis. The first was Israel, which has had medical cannabis laws on the books since the 90s, and currently has a decriminalization policy. The second such country was Turkey, which began allowing limited cultivation and medical usage of cannabis in 2016. Lebanon’s third-place achievement is still worthy of note and celebration though — and not just because its reforms are more progressive and widespread than the Turks’.

Lebanon’s announcement marks another step in an important cultural shift in Middle Eastern nations. It’s part of a return to their historic appreciation of cannabis. And, it shows that the changes which Turkey’s medical legalization recently spurred are leaving deep grooves. It’s also important because, while Turkey is technically in Europe, Lebanon sits squarely in the heart of the Middle East, between Israel and Syria.

Lebanon’s population was an early adopter of Arab Spring anti-government protests, and one of the nations that saw real change as a result. It’s also long been a bellwether for progress in the area. If other countries follow Lebanon’s lead, it could signal a shift in regional attitudes and offer a template for other nations to follow when trying to legalize cannabis in the Middle East.

Why Lebanon Acted on Cannabis Legalization

It would be great to think that the Lebanese government saw the error of its ways and ushered in reform as a way to benefit its patients and people. However, the truth is that the economic downturn was the primary force behind the new laws.

Lebanon’s economy has been sputtering for a long time, and took a nosedive with the spread of COVID-19.

Incidentally, the country has a rich history of illegally growing hashish and exporting it throughout the region. Making cultivation legal could bring real profits — the legal, taxable kind — to the nation. 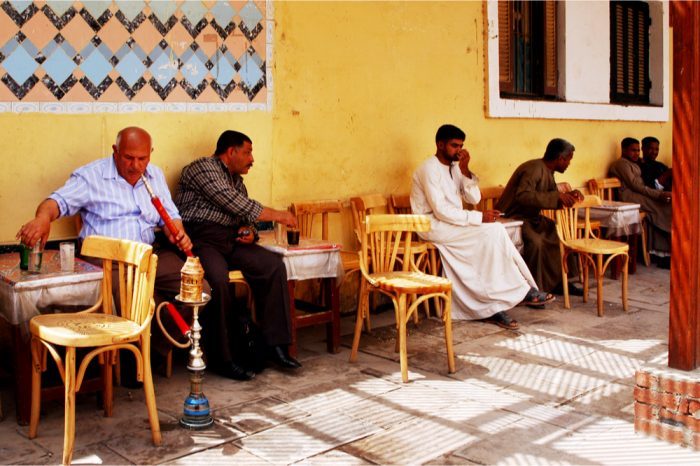 The Details of Lebanon’s Cannabis Reform

It’s unquestionably good news. But, temper full-throated praise of the new policy toward cannabis in the Middle East with reality.

The new laws allow cannabis plants containing less than one percent THC to be cultivated in Lebanon for only two purposes: medical and industrial. Patients hoping to harness THC, or whom would like to try over-the-counter CBD medications, must wait for further reforms.

Lebanon’s goal is to quickly establish a viable cannabis industry to buoy the nation’s economic output. The second priority is to not overly upset the strict anti-cannabis factions within its borders. These include the hardline Islamic party Hezbollah (although rumor has it they may profit from the proceeds of the illegal hashish trade.)

As a way of underlining the point, authorities seized twenty-five tons of hashish in Lebanon, the largest single haul in the nation’s history, just two weeks before the new legislation passed the legislature.

More progressive institutions within Lebanon argue that the new laws do not go far enough in advancing needed policy shifts. The reforms do not decriminalize cannabis consumption and, because they carry stipulations that people with criminal records cannot receive cultivation permits, are blocking long-time cannabis farmers from making legitimate money from their trade.

It’s also questionable if the reforms will do away with the culture of corruption and organized crime that plays a big role in the country’s illegal hashish trade.

Still, the laws represent first steps toward a brighter economy. These may ease anti-cannabis sentiments by bringing the industry out of the shadows and into legitimate business circles. Don’t forget – cannabis in the Middle East is already big business; it’s just that the business is mostly illegal.

What This Could Mean for Cannabis in the Middle East?

Moving cannabis cultivation out from the shadows onto center stage is a smart bet. It’s one that should reap serious profits if other areas are any guide.

Canada amassed $66 million in cannabis taxes in 2019, and predicts the profits will continue to rise as the rollouts come and the initial hiccups get corrected. Colorado, whose population is only one million less than Lebanon’s, has made more than $1 billion from the sale of pot.

In January, Israel announced similar laws that will allow its agricultural sector to export cannabis intended for medical consumption. The country estimates the move will increase its budget by one million shekels. Israel also currently has a longstanding medical cannabis program. On top of that, cannabis is decriminalized for those over 18 (with some caveats). Further, that country made news in 2018 when its pharmacies began selling cannabis oil. Previously, only dry bud was saleable, and only from LPs (Licensed producers).

A Lot of Change is Coming for Global Cannabis

For Lebanon, cannabis will not be the economy’s sole saving grace. Instead it will bolster the agricultural sector, and help stop the country’s financial sag. But in its implementation, the laws will offer the Lebanese people a new way forward. These offer future chances to enhance GDP and boost jobs.

Cannabis in the Middle East is set to become very big business. Whichever country corners the market early will reap benefits for decades. Beirut has made a smart decision, but it’s only a tiny step forward. What comes next will determine the future of cannabis in Lebanon and the Middle East. Will they will put the black market to bed and rev up a new economic engine? Or will outdated policies continue to weigh down their economy? Only time will tell.