Is THC Stronger than Aspirin?

There may come a day when you are able to take THC pills over-the-counter instead of NSAIDs.

Our immune system is a bit of a double-edged sword when it comes to human health. On the one hand, it is an essential tool the body uses to fend off pathogens, viruses, and other foreign invaders. On the other, an unchecked immune response (chronic inflammation) is the underlying cause (or symptom) of many of the most prevalent diseases and illnesses. To date, modern day medicine struggles to cope with the effects of inflammation. Can medical cannabis prove useful where pharmaceuticals have largely failed? For instance, is THC stronger than aspirin?

Cannabis for the treatment of inflammation has some of the most robust support – scientifically speaking – out of all its therapeutic uses. When it comes to pain, neurodegeneration, gastrointestinal issues, cancer, and any number of other pervasive health issues, inflammation tends to be at the core. Many of these areas are already undergoing study for treatment with cannabis. Could it be that cannabis proves useful because of its anti-inflammatory nature? 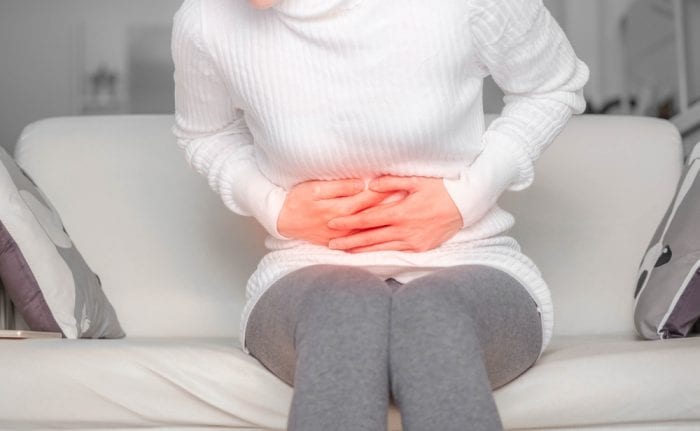 Understanding Inflammation and How it Relates to Disease

According to Harvard Health in their letter Inflammation: A unifying theory of disease, “The four horsemen of the medical apocalypse — coronary artery disease, diabetes, cancer, and Alzheimer’s — may be riding the same steed: inflammation.” Clearly, it plays an omnipresent role in disease and illness. But what is inflammation?

Inflammation is a protective response by the body towards foreign invaders. If you scratch your knee, an inflammatory response is the red, mild swelling that takes over. It’s essentially working to make the scratch inhospitable to microorganisms which could enter through the newly opened wound. Signs of inflammation in the most traditional sense are heat, redness, swelling, and pain.

Through a network of chemical communications (endocannabinoids) and receptors (cannabinoid receptors), the body controls the timing of this response. When functioning correctly, the body turns on inflammation when needed, then turns it off when the invasion is over. It’s when the response fails to disengage that inflammation becomes a problem.

Instead of attacking an invading pathogen, your body begins attacking itself. An autoimmune disease, for example, is when the inflammation goes rogue and attacks healthy cells and tissues in the body instead of the diseased ones. In blood tests, doctors look for an inflammatory marker called C-reactive protein (CRP) which then determines the seriousness of the disease. CRP is an indicator of heart disease, diabetes, cancer, and Alzheimer’s disease. 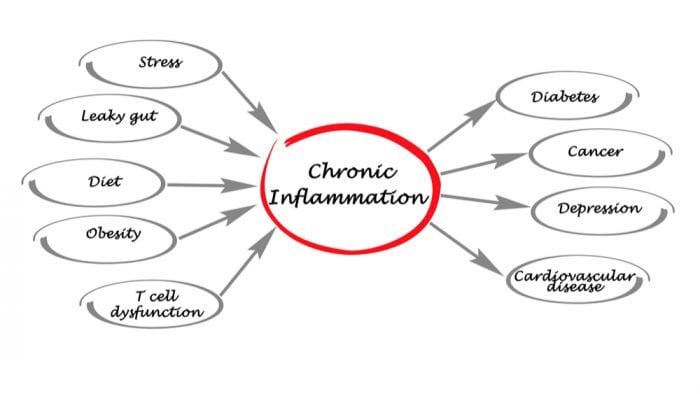 How Does Cannabis Modulate The Immune System?

Cannabinoids (the name for the compounds in cannabis) work within the body’s internal communications network, called the endocannabinoid system. Cannabinoids have the unique ability to easily integrate with our endocannabinoid receptors in a way that mimics our natural chemical transmissions. Through this shared language, cannabinoids, like THC and CBD (among others), quiet the overworked inflammatory response. This is what makes cannabinoids beneficial immunosuppressant compounds. Researchers are now asking: are CBD and THC stronger than aspirin for inflammation?

The Science Behind Cannabis for Inflammation

Much of the current research on cannabis for disease is exploring how cannabis mitigates disease through inflammation. By reducing inflammation, cannabinoids lessen the symptoms of illness and improve quality of life for the individual. 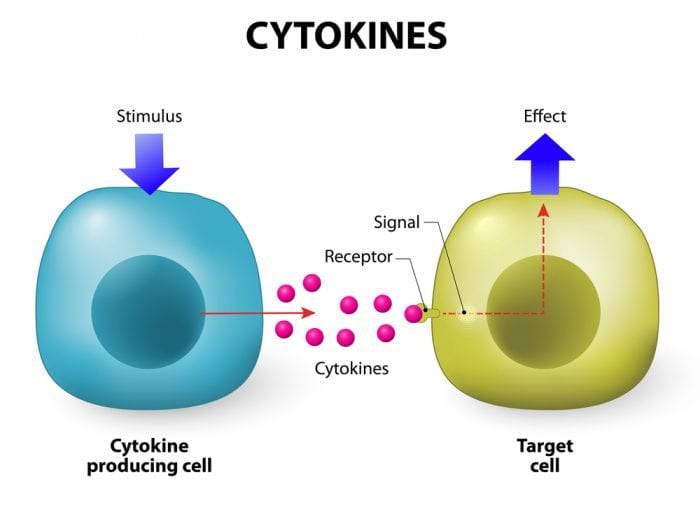 One way that cannabinoids reduce an overactive immune system is by promoting activated immune cell apoptosis – or natural cell death. This process should occur naturally, but in chronic illnesses, it doesn’t happen quickly enough. Cannabinoids are capable of returning cells to this natural cycle to reduce the number of activated immune cells damaging the surrounding tissue.

Secondly, cytokines are proteins with a pivotal role within the immune system. There are many different types of cytokines, each with a different job. They primarily boost cell-to-cell communication within an inflammatory response, and, when needed, help cells move to the scene of the response. During in vitro studies, THC shows promise to suppress these little proteins. If an overactive cytokine is suppressed, it means it cannot continue to communicate in any direction regarding the ongoing immune response. Therefore, it should reduce the severity of the reaction.

Cannabidiol (CBD) is perhaps even more valuable in the fight against chronic inflammation than its sister THC. Studies have demonstrated its ability to reduce inflammation related to gastrointestinal diseases, cancer, autoimmune diseases, lung injuries, and diabetes. It does all this without the impairment associated with high-THC strains of medical cannabis.

Terpenes, the Undervalued Buddies of Cannabinoids

In a synergistic relationship with the prominent anti-inflammatory cannabinoids CBD and THC, terpenes could also help mitigate an overactive inflammatory response. A recent study using cannabis-derived essential oils analyzed the ability of terpenes to promote anti-inflammatory characteristics. The results indicated that the various terpenes did help to reduce pain and inflammation. Researchers used an induced lab rat paw swelling test for both CBD and terpenes. The control test, using CBD, was measurably better – but the anti-inflammatory properties of the terpenes should not be ignored. Terpenes may also have a synergistic relationship with CBD and other cannabinoids for pain and inflammation.

If the inflammatory theory of disease holds, we should be using every tool in our tool belt to reduce its signs and symptoms. This means cannabis. While there are a handful of pharmaceutical solutions for inflammation, they are not always practical or even healthy for long term use. Cannabis is proving an exciting option; it’s thus far been proven safe in high doses and for long courses of treatment. Depending on cannabinoid combination, most people actually prefer cannabis over conventional drugs. In fact, it could be that we find CBD, terpenes, and THC stronger than aspirin for anti-inflammatory treatments.