Cannabinoids in Plants Other Than Cannabis? Sort of

There are cannabinoid-like compounds in other plants and these interact with the Endocannabinoid System.

Cannabis is a plentiful source of phytocannabinoids, otherwise known as plant-based cannabinoids. THC, for example, can only be found in the Cannabis sativa plant. In the right chemovars, it’s found in abundance. There are, however, many other types of cannabinoids in cannabis, such as CBG and CBD. But, are there really cannabinoids in other plants?

But despite their namesake, cannabinoids as a chemical class aren’t exactly exclusive to the cannabis plant. There is at least on plant, outside of cannabis, that makes cannabinoids – the Helichrysum italicum, which makes CBG. Other closely related chemicals, called cannabimimetics, mimic the activities of cannabinoids, often by also interacting with the endocannabinoid system (usually CB receptors).

So it stands that other plants besides cannabis contain cannabinoids and/or cannabimimetics. These include hops, cacao, echinacea, Japanese liverwort, New Zealand liverwort, black pepper, maca, flax seeds, electric daisy, helichrysum, heliposis, Chinese rhododendron, kava, and black truffles (a fungi, not a plant, but whatever).

Cannabinoids in Plants Other Than Cannabis

This list is in no way complete. There are over 390,000 species of plants around the world, and scientists discover new ones every day. Furthermore, the details here may also be incomplete, as plants can contain thousands of different kinds of molecules within a single species. So, it should be no surprise to find cannabinoids in other plants. 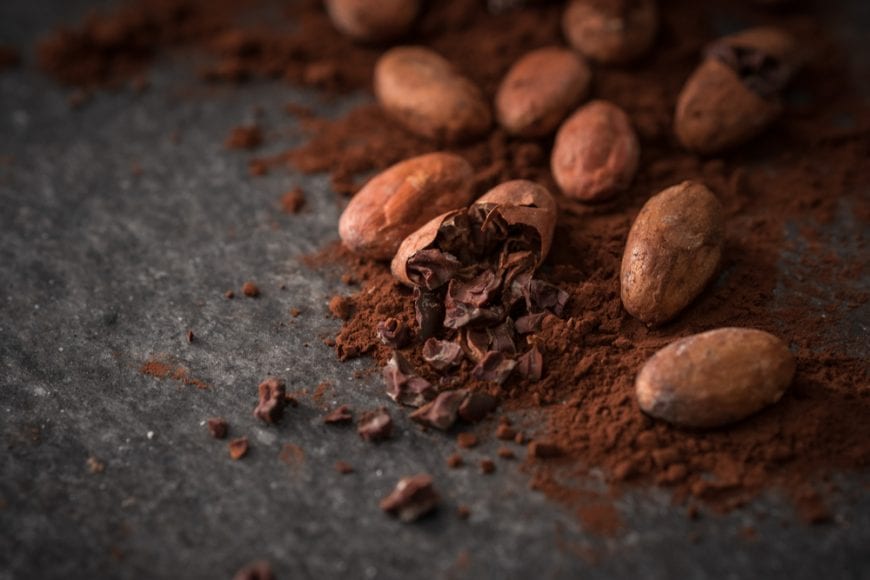 The plant responsible for the world’s chocolate may contain trace amounts of anandamide, a cannabinoid produced by our own bodies that may mimic the effects of THC. Our body’s natural evolution to produce and utilize anandamide may explain why we get high from THC.

These expensive but rich morsels may also contain anandamide, just like cacao. Combine chocolate truffles with black truffles to create the double truffle, a succulent treat that may provide some health benefits.

Almost every medicine cabinet with herbal supplements includes a bottle of echinacea. The herb is also found in teas designed to sooth the mind and body. This sweet flower produces a class of compounds called N-acyl amides, which can stimulate our CB2 receptors much like CBD. And like CBD, they can regulate and dampen inflammation.

An India-based company, ImmunAG, claims it bred a variety of hops it calls Humulus kriya. According to the company, because hops belongs to the same Cannabacae family as cannabis, it can be crossbred to produce CBD. This hops-derived CBD is used to make an oil that is entirely legal in the U.S. because it isn’t extracted from cannabis. However, some scientists have challenged ImmunAG’s claims and are requesting proof, since wild-type hops does not produce CBD.

RELATED  Do You Know How to Find Energizing Cannabis Strains? 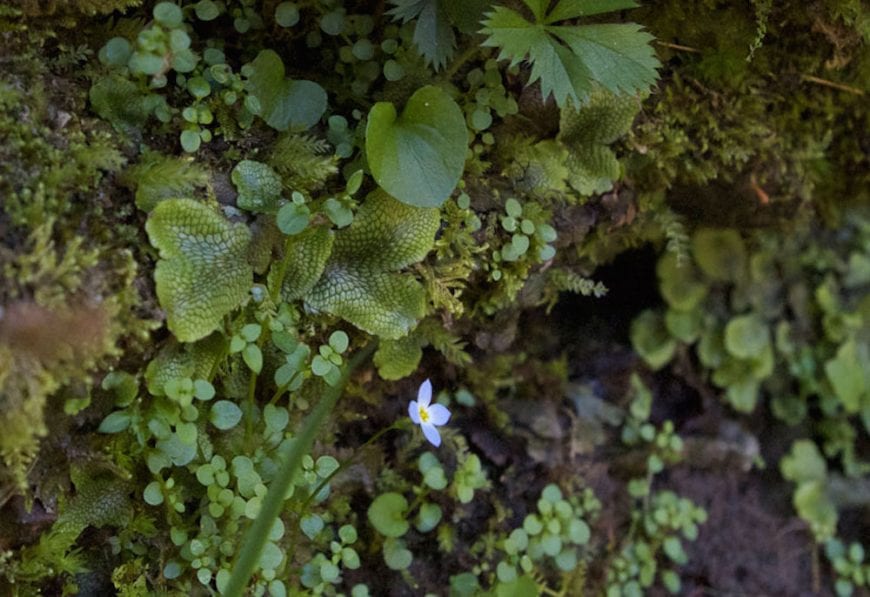 Isoperrottetin A was first extracted from Japanese liverwort in the 1990s. Although it is a cannabinoid by chemical structure, research hasn’t confirmed whether it possesses endocannabinoid system activity.

Like its Japanese cousin, New Zealand liverwort also contains a cannabinoid with a similar name, perrottetinene. A 2018 study suggests perrottetinene interacts with the CB1 receptor, and besides having some anti-inflammatory properties, can also get people high.

Yes, the same stuff you can find in your kitchen pantry. Black pepper contains at least two cannabinoids: beta-caryophyllene (also found in carrots and other veggies) and guineesine. Beta-caryophyllene, like many cannabinoids, has anti-inflammatory effects. Guineesine is a cannabinoid uptake inhibitor, and may be one of the molecules responsible for black pepper’s ability to offset a bad reaction to THC.

Flax seeds and their oils have long been known to offer beneficial health effects. The fibers from these seeds produce a terpenoid that features a chemical structure like CBD’s. This mystery compound also appears to activate CB2 receptors.

Acmella oleracea, also known as the toothache plant for its ability to soothe tooth pain, produces a class of cannabimimetics called N-isobutylamides. These cannabimimetics activate CB1 receptors, which would explain why they seem to control pain. 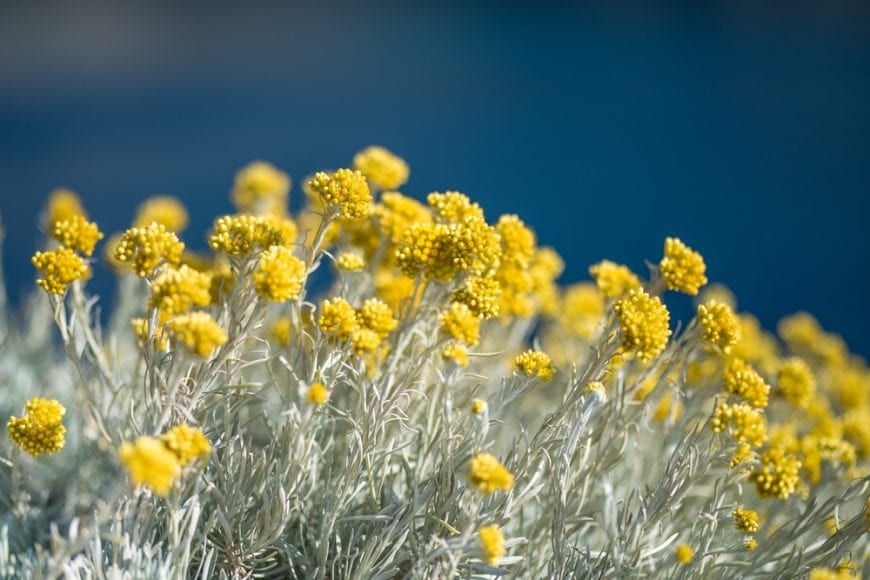 A species of sunflower, this plant produces CBG or cannabigerol. In fact, it is the only other plant besides cannabis that produces true cannabinoids. CBG is also found in cannabis, and it’s the precursor to both THC and CBD. When cannabis produces THC or CBD, it does it by first making CBG, then uses enzymes to convert CBG into one of the two primary phytocannabinoids. CBG possesses many of the same properties as THC and CBD, such as being an antibiotic, anti-inflammatory, and anti-cancer agent. CBG may also fight Huntington’s disease and help athletes build muscle.

RELATED  Did Science Just Discover a Source of THC in Moss-Like Liverworts?

This Chinese herb has been part of the Chinese pharmacopeia for centuries, but scientists didn’t understand why until several years ago. Chinese rhododendron contains chromane and chromene type compounds that exhibit cannabinoid-like activity, and these molecules may be why this herb’s extract has antibacterial and anticancer properties.

If you’ve ever eaten or drank kava extract, then you probably experienced a heavy-headed sleepy feeling similar to a cannabis high. That could be due to yangonin, a cannabinoid found in the root that selectively binds to the CB1 receptor.

And These are Entirely Legal

In the U.S., the Controlled Substances Act only bans cannabinoids that producers extract from Cannabis sativa. If cannabinoids or cannabimimetics come from any other plant sources, these are legal.

That means you can legally get intoxicated on kava root or New Zealand liverwort without worrying about breaking any laws. Or you can enjoy the benefits of CBD by consuming flax seeds or flax seed oil without ever worrying about ordering questionable CBD oil online.

Now, if we can just find another plant that produces THC.

Are There Benefits to Eating Raw Cannabis?