When it comes to treating nerve pain, is cannabis really better than opioids? The answer may be surprising.

The number of people suffering from chronic pain has skyrocketed in recent years. Today,  more than 1.5 billion people across the globe help treating nerve pain, according to the American Academy of Pain Medicine.

Yet, despite its upward trend, modern medicine has not created an effective way to deal with the problem. The most popular treatments for chronic pain often leave sufferers addicted to new drugs, in a foggy mental haze, and still living in agony.

The result is a rapidly rising number of people with a poor quality of life and few options.

Hence, the rise of cannabis. Because it’s non-addictive and natural, cannabis has become the treatment of choice for many chronic pain sufferers lucky enough to live where it’s legal.

But is it really better than the competition? In a one-on-one match, could cannabis overtake opioids when it comes to treating nerve pain? 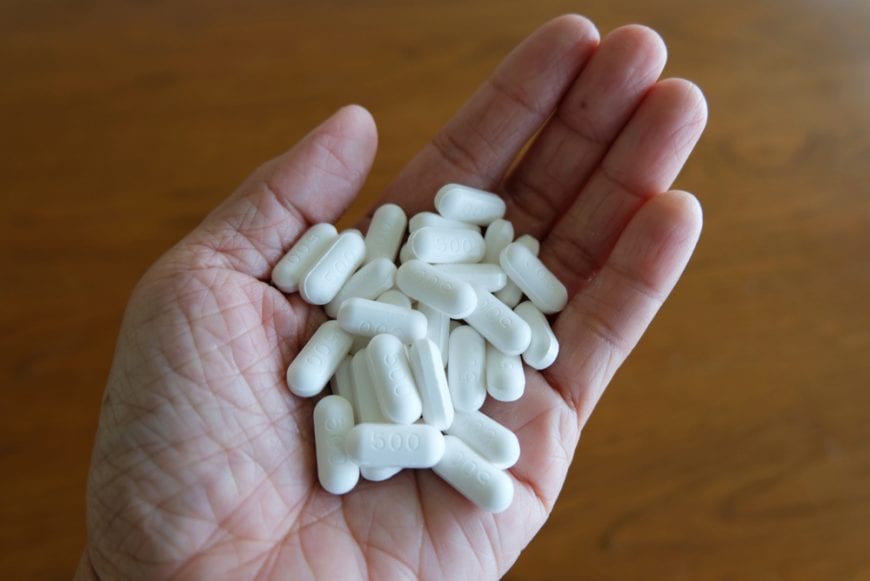 Despite the reputations, there are more similarities than differences between these two pain-killing powerhouses.

Second, both substances work in similar ways in the brain. Although they interact with different receptors, both substances tend to work same kinds of tissue, and send their anti-pain signals down similar neural pathways.

And, of course, cannabis and opioids have their differences. While those differences may not mean a lot in terms of handling regular pain, when it comes to treating nerve pain, the differences seem stark.

But can the differences work together?

Scientists who tested how the two substances function in conjunction with each other have found results that are equal parts promising and scary. A 2018 study[1]Cooper, Ziva D. et al. (2018). Impact of co-administration of oxycodone and smoked cannabis on analgesia and abuse liability. Neuropsychopharmacology. 43, 2046–2055. … Continue reading published in Neuropsychopharmacology investigated how patients treated participants with either cannabis, Oxycodone, a mixture of the two, or a placebo, would respond when they were forced to put their hands in freezing cold water.

The researchers noted how long the participants were able keep their hands submerged and recorded how painful the subjects said the experience was.

The ideal dosage of opioids only turned out to be 5 mg of Oxycodone. Participants who received that dose held their hands under water for the longest amount of time and felt the least amount of pain.

But participants who received half that amount of Oxycodone and smoked cannabis showed the same results.

The researchers concluded that cannabis can bolster the pain-relieving effects of opioids, and may help opioid users cut down on their dosages.

However, not all studies promote such good news. If patients want to mix both substances, they should be careful not to take too much of either one, according a study in the Journal of Addiction Medicine (2019).

That study found that adults who combined both substances on their own reported higher levels of anxiety, depression, and other drug use than chronic pain sufferers who only stuck to one or the other. While these results were survey-based and do not imply causation, they signal that caution should applied when taking opioids. The first study shows that cannabis should decrease the number of opioids a person takes — not simply augment it.

Cannabis and opioids have a complicated relationship. They’re similar but different. They can work together in certain dosages but not as well in large ones. And they’re both well-documented pain relievers.

RELATED  GABA Receptors - The Connection Between Psychosis and Killing Pain

But despite all those things, only one is capable of sufficiently treating nerve pain — cannabis.

Nerve pain, also known as neuropathic pain, is a different beast than other kinds of pain. Most normal pain involves stress to a tissue or organ. Stubbing a toe, stomach aches, picking up a hot plate — all of these are examples of normal (nociceptive) pain.

Conversely, nerve pain involves damage directly to the nervous system. It is caused by nerves sending mixed-up signals through the brain, signals that cause the body to produce a deep and shooting sensations. Examples include pain from cancer, phantom limbs, multiple sclerosis, and chemotherapy.

The endocannabinoid system is responsible for managing this type of pain, so the naturally occurring substances within cannabis have a direct route to heading it off.

Opioids soothe tissue pain by dampening the pain sense the brain picks up. Cannabinoids work by “numbing” the pain senses coming into the brain. It makes the brain unable to register the pain signals from nerves, leading to better feelings.

That’s why cannabis is drug of choice for so many cancer sufferers. It can calm the agonizing sensations from both the disease and the treatment.