Will Cannabis Help With Postpartum Depression?

Safety and efficacy for both mother and child are important factors to consider when choosing how to manage postpartum depression.

Anecdotal reports suggest that cannabis can help, but the research is limited. After trying cannabis to treat her postpartum depression, Celia Behar could sleep peacefully for the first time in five years. Jenn Lauder believes that cannabis helped her interrupt a ‘feedback loop’ of anxiety and spiraling thoughts after giving birth.

There are many anecdotal stories of women who found relief from this debilitating condition with cannabis when pharmaceutical drugs fell short. Proponents on the other side of this controversial topic cite evidence of harm to a growing fetus as a serious cause for concern. Medical professionals worry that the same risks could exist for an infant when cannabinoids are present in breast milk. What does the available research say?

There are many factors to consider when choosing how to manage postpartum depression with cannabis.

Current Research on Cannabis as a Postpartum Depression Treatment

Research investigating cannabis as a treatment for depression is scarce. There appears to be little to none focusing specifically on postpartum depression. While there is some human research that suggests an association between cannabis consumption and increased rates of depression, these studies are observational.[1]Degenhardt, L., Hall, W., & Lynskey, M. (2003). Exploring the association between cannabis use and depression. Addiction, 98(11), 1493-1504.

Therefore, the researchers cannot determine if cannabis causes depression, or if depression makes someone more likely to consume cannabis. Animal studies point toward more beneficial effects. Multiple studies have demonstrated anti-depressant properties for both THC [2]ElBatsh, M. M., Moklas, M. A. A., Marsden, C. A., & Kendall, D. A. (2012). Antidepressant-like effects of Δ9-tetrahydrocannabinol and rimonabant in the olfactory bulbectomised rat model of … Continue reading and CBD [3]R de Mello Schier, A., P de Oliveira Ribeiro, N., S Coutinho, D., Machado, S., Arias-Carrión, O., A Crippa, J., … & C Silva, A. (2014). Antidepressant-like and anxiolytic-like effects of … Continue readingin laboratory research involving animals. However, it is unclear if these findings could be replicated in humans and if these same cannabinoids could be effective for postpartum depression.

RELATED  How to Use Cannabis for Pain

Nonetheless, the controversy surrounding the topic of cannabis as a postpartum depression treatment is not rooted in its effectiveness as a treatment for the mother, but on the safety of the child. This is based on research that has found an association between prenatal exposure to cannabis and neonatal health complications. 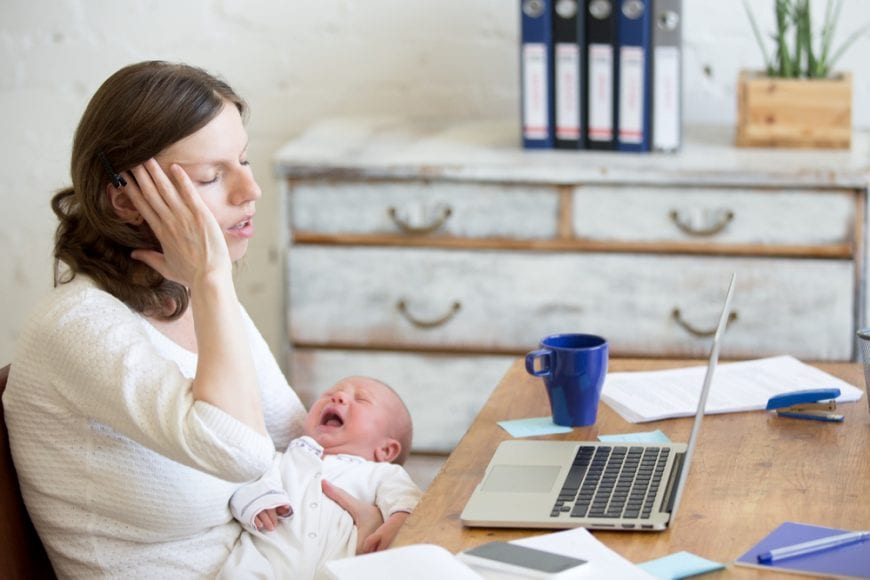 The results from the meta-analysis demonstrated that infants exposed to cannabis in utero had a lower birth weight compared to infants whose mothers did not use cannabis during pregnancy. Additionally, in utero cannabis exposure increased the likelihood that an infant would need to spend time in the neonatal intensive care unit. These findings highlight the need for additional caution. However, the authors note that many cannabis consumers also consume tobacco and alcohol, meaning that determining a cannabis-only effect was not possible. Research points to potential health complications for in utero exposure to cannabis.

But do the same potential risks exist for breastfeeding newborns?

THC Remains in Breast Milk for Up to Six Days

It is common for new mothers to enjoy an alcoholic beverage, but the American Academy of Pediatrics suggests waiting four hours before breastfeeding to ensure that the alcohol has fully left the body. This is because alcohol from one drink is detectable in breast milk for about two to three hours. New research suggests that similar practices with cannabis could be much more difficult. In a study published in Pediatrics (2018), the researchers analyzed breast milk from fifty-four breastfeeding women who reported cannabis consumption. [5]Bertrand, K. A., Hanan, N. J., Honerkamp-Smith, G., Best, B. M., & Chambers, C. D. (2018). Marijuana use by breastfeeding mothers and cannabinoid concentrations in breast … Continue reading

They found that sixty-three percent of the samples had detectable levels of THC for up to six days after maternal consumption, with a median concentration of 9.47 ng/ml. Not surprisingly, the more times per day a mother consumed cannabis, the higher concentration of THC she had in her breast milk. While this concentration of THC is extremely small, there is concern that due to slow elimination from fat stores and continuous daily exposure, an accumulation of small concentrations could be problematic. [6]Huestis, M. A. (2007). Human cannabinoid pharmacokinetics. Chemistry & Biodiversity, 4(8), 1770-1804.

The authors note that it is easy to speculate that the same potential risks associated with prenatal cannabis exposure could exist for breastfeeding infants depending on dose and timing. Research has shown both negative effects and no effects on the health of breastfeeding infants with cannabis consuming mothers. However, small sample sizes and methodological concerns limit the findings. We need much larger and more robust studies to make definitive conclusions.

RELATED  THC For Sleep Has Safer Profile Than Pharmaceuticals

The majority of concern related to consuming cannabis for postpartum depression and breastfeeding falls on THC and its psychoactive effects. So, what about CBD? As mentioned earlier, there is some evidence to suggest that CBD has anti-depressant properties. And, it lacks any intoxicating effects. However, there is no current evidence demonstrating a positive effect on postpartum depression. Furthermore, there is no comprehensive research studying the effects of in utero exposure to CBD, or how CBD affects a breastfed infant.

In lieu of definitive conclusions, medical practitioners will err on the side of caution. In a 2015 statement the American Congress of Obstetricians and Gynecologists wrote: “There are insufficient data to evaluate the effects of marijuana use on infants during lactation and breastfeeding, and in the absence of such data, marijuana use is discouraged.” It appears that the research has not advanced much since then.

Speak to Your Doctor