While both CBD oil and antidepressants may address the same conditions, but they may also interact negatively.

Depression is an epidemic in the modern world. Recent studies suggest that cannabis can be helpful, but what’s not so clear is how cannabis oil and antidepressants interact. Can these work together to treat symptoms of depression? Are there any contraindications for cannabis consumers taking SSRIs?

The Modern Epidemic of Depression

Depression is not a simple disorder to treat. While some can ward off episodes with cardio exercise and dietary changes, most are not so lucky.

Many of those afflicted with depression are prescribed a class of antidepressants called selective serotonin reuptake inhibitors (SSRIs). These include drugs like Prozac, Paxil, Zoloft, Celexa, and Lexapro. SSRIs can treat depressive disorders as well as generalized anxiety disorders. SSRI antidepressants work by boosting the amount of serotonin in the brain. Serotonin is the neurotransmitter associated with feelings of happiness and wellbeing and it is widely accepted that low serotonin levels may lead to problems such as depression.

A report published by the National Center for Health Statistics (2017), contains the latest official figures for antidepressant consumption. Researchers claimed that 12.7 percent of persons aged twelve and up were on antidepressants between 2011 to 2014.

In the intervening time, medicinal cannabis has gained much traction in helping people manage mental health conditions. But just how effective is it as a treatment?

The Science Backing CBD as a Possible Treatment

A study published in the Journal of Cannabis and Cannabinoid Research (2018), initiated a cross-sectional study of CBD consumers. Researchers found that anxiety and depression come in at number three and four, respectively, on the list of issues commonly treated by patients purchasing CBD.

The statistics point to the fact that CBD likely helps alleviate both anxiety and depression. However, what’s not so easy to understand is the science behind it.

Although a lot of research happened within the last decade, scientific research on CBD is still in its infancy. At this point, experts ascertain that the ability of CBD to combat depression has links to its ability to positively modulate serotonin levels in the brain.

But, CBD doesn’t directly increase serotonin levels. What it seems to do is alter how the receptors in the brain react to the presence of serotonin. An animal study, published in CNS & Neurological Disorders — Drug Targets (2014), found notable interactions between CBD and 5-HT1A receptors — a subtype of serotonin receptor. When stimulated by the presence of CBD, these receptors created both antidepressant and anxiolytic effects. Researchers concluded that with further study, “CBD can become a new drug for the treatment of psychiatric disorders.” 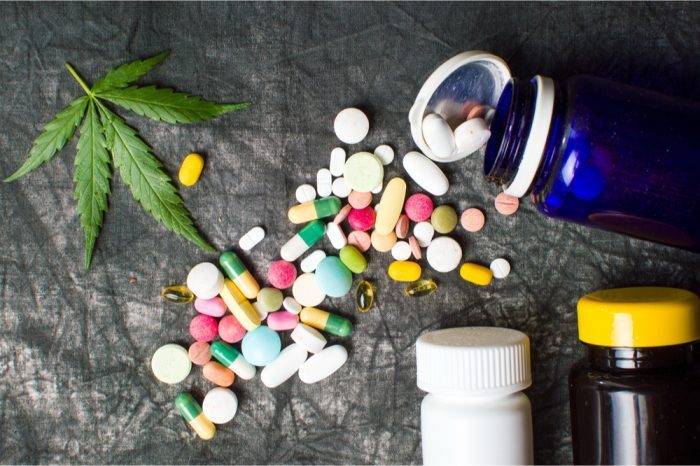 What Benefits Does Cannabis Oil Have Over Antidepressants?

One of the main benefits offered by CBD is quick onset time. Where many antidepressant medications have a substantial lag time before inducing a therapeutic response, CBD is fast-acting.

The reason behind quick onset could be, “rapid changes in synaptic plasticity in the mPFC through activation of the BDNF-TrkB signaling pathway.” In short, the findings suggest great potential for CBD as a new fast-acting antidepressant medication.

This potential is very promising, however, with increased consumption across the country, it poses the question of whether it’s safe to consume CBD oil and antidepressants together.

Is it Wise to Consume Cannabis Oil and Antidepressants Together?

With the two thriving industries of cannabis and Big Pharma directly competing, there are surprisingly few published scientific studies detailing any possible adverse reactions between the consumption of CBD oil and antidepressants.

The first issue that many healthcare practitioners face in prescribing medical cannabis is the difficulty involved in determining the correct dose. When consuming CBD oil and antidepressants in conjunction, the ability of any medical professional to accurately evaluate the effectiveness of a prescribed drug becomes even more complex. So, while CBD may well lessen the symptoms of anxiety and depression, many warn against consuming it alongside SSRIs.

CBD May inhibit Metabolism of SSRIs

Science hasn’t uncovered the full impact of co-occurring cannabis consumption with SSRIs. However, initial research seems to point to the fact that CBD inhibits certain enzymes that help metabolize SSRIs. A study published in Life Sciences (2011), investigated the potent inhibition of certain enzyme groups by CBD. Of particular interest was the effect CBD has on the CYP3A4 enzyme — an enzyme necessary to metabolize SSRIs.

Many patients do consume both CBD and SSRIs together with few side effects. But, the issue becomes much more critical in rare cases where patients are taking a strictly balanced formulation of antidepressant medications. The introduction of CBD may, in some cases, provoke an adverse effect.

What About Regular Cannabis Consumers?

Research published by the Anxiety and Depression Association of America (2007) indicated that those suffering from anxiety or depression were 2 to 8x more likely to consume cannabis than those not afflicted. The core reason for this discrepancy appears to be an attempt to self-medicate. For many, the consequences would be benign. But, the simple fact is that science doesn’t yet know enough regarding the interactions between cannabis and antidepressants to make a recommendation either way. 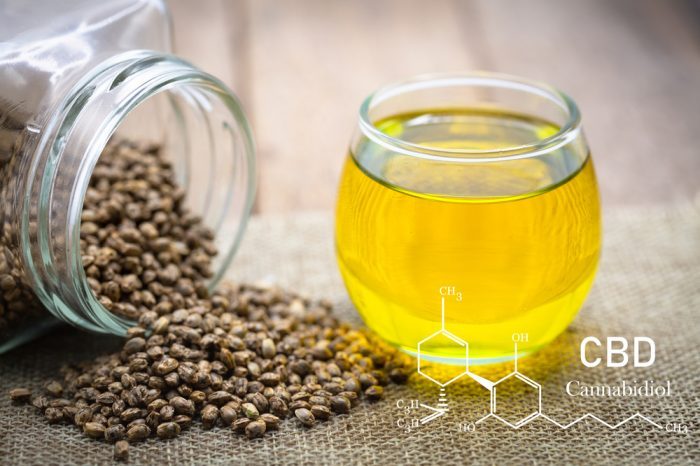 The legalized cannabis movement is slowly spreading. That means more people will naturally discover its potential anxiolytic and antidepressant properties without prescription. Cannabis novices should know that low to moderate doses of THC can provide mild euphoria and relaxation. On the other hand, too much THC can greatly increase anxiety levels for some individuals.

For this reason, a cultivar with high CBD content should be the first try for anyone who experiences anxiety and depression. In addition to the aforementioned benefits, CBD can counteract the effects of THC intoxication. This can be very helpful for patients dealing with co-morbid anxiety and depressive conditions. Further, it is not recommended that patients on SSRIs consume cannabis near the time of medicating with the pharmaceutical.