As science progresses, so does the argument for giving cancer patients cannabis oil.

Even though the substance is still illegal at the federal level in America, many nationwide science organizations have admitted — and some even recommend — that cannabis can play a crucial role in treating cancer symptoms, and in some cases the disease itself. This is not even mentioning the morale boost cannabis oil can have for cancer patients.

So far, twenty-nine U.S. states and the District of Columbia have laws for medical cannabis to be used by cancer patients. And, with them, a growing number of oncologists are coming around to the science.

Even the most obstinate anti-cannabis physicians agree that cannabis oil delivers benefits to patients struggling to deal with the symptoms associated with cancer and its traditional treatments, such as chemotherapy.

Research into cannabis oil for cancer symptoms started in earnest in the 1970s, with many studies findings that cannabinoids were adept at managing pain, nausea, and vomiting, in cancer patients without side effects, according to a literature review published in Current Oncology Reports (2019).

But while there was a burst of new science in the mid-century about cannabinoids, interest lessened in the 1990s. Why? First, scientists discovered potent serotonin receptor antagonists, which showed great promise. And, second, the government instituted tight anti-cannabis research regulations.[1]Steele, G., Arneson, T. & Zylla, D. (2019). A Comprehensive Review of Cannabis in Patients with Cancer: Availability in the USA, General Efficacy, and Safety. Current Oncology Reports, 21,10. … Continue reading 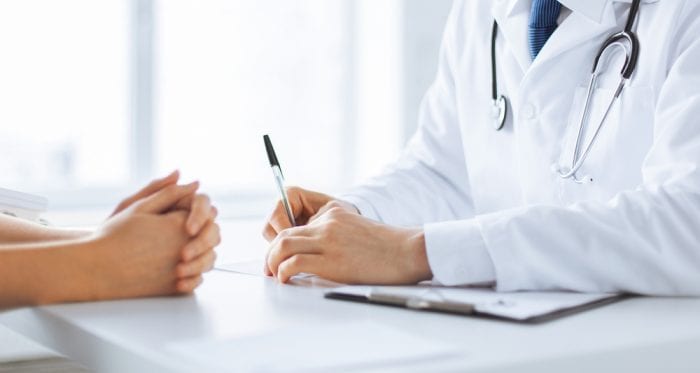 The rules were so difficult that only 23 articles were published between 2000 and 2018 in peer-reviewed journals that studied the palliative effects of cannabis oil for cancer patients.

Luckily, cannabis researchers found other ways. Instead of conducting research, many turned to patient surveys. Unlike research itself, surveys are inexpensive to fund and easy to slip past government regulations. While they don’t offer concrete medical proof, they can be used to build up evidence to fund deeper research.

RELATED  Cannabis and Legalization is as American Made as it Gets. What Gives?

In 2018, Israeli scientists publishing in the European Journal of Internal Medicine surveyed nearly 3,000 cancer patients and found that more than ninety-five percent found cannabis to make an overall improvement in treating the symptoms of their conditions.[2]Bar-Lev Schleider L, et al. (2018). Prospective analysis of safety and efficacy of medical cannabis in large unselected population of patients with cancer. European Journal of Internal Medicine. … Continue reading

Studies like that show evidence that cannabis helps patients, but it does not meet the rigorous double-blind placebo test that many doctors want before they begin to recommend cannabis oil for cancer treatment.

But Does it Fight Tumors?

The recent surveys have been instrumental in showing how cancer patients feel when they take cannabis. The surveys show that generally, they have less nausea, sleep better, eat better, endure less pain — the list goes on.

Many cancer patients, especially the Rick Simpson Oil fans, believe cannabis can go beyond simply stopping the unpleasant side effects of cancer and its treatment. They believe it can actually stop cancer’s spread and reduce its potency. And, depending on how one reads the research, they may be correct.

None of that has been proven in humans to the degree that many medical researchers and doctors demand.

The existing evidence concerning cannabis oil for cancer fighting relies on studies conducted in animals and petri dishes. Testing in humans has been sorely lacking and difficulty to get off the ground, despite the promising results.

So, while it’s clear cannabis oil for cancer can be effective in the lab, and patients say it helps, there’s no “scientific proof” that weed stops the spread of cancer. Nor is there proof that it reduces tumor counts in real people.

RELATED  Is CBD Dangerous? The FDA Thinks So 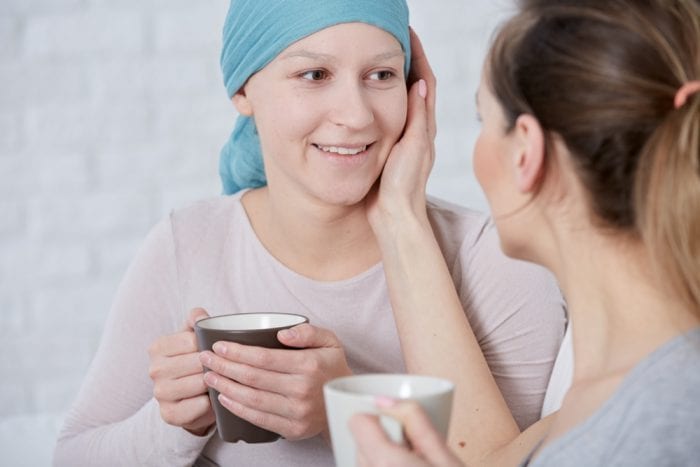 Right now, the science is clear. It’s should be up to each individual to decide whether they think animal and lab trials are acceptable. But there is one group whose opinion carries more weight than any other: medical professionals.

All the science in the world won’t help if doctors on the front lines of treatment won’t support cannabis oil for cancer patients. Luckily, there’s a groundswell happening in modern medicine.

Organizations like Marijuana Doctors and Cannabis Nurses are industry groups whose rising memberships illustrate the sea change in opinions among medical professionals, the number of medical professionals who warmly embrace cannabis still stands at around fifty percent.

A survey published in the Journal of Clinical Oncology (2019), found that half of oncologists across the U.S. recommended cannabis oil for cancer, twenty-five percent said they were unsure if the about it, and twenty-five percent felt cannabis could not help.[3]Azizoddin, Desiree Rachel, et al. (2019). Oncologists’ perspectives on medical marijuana for the elderly. Journal of Clinical Oncology 2019 37:31, 78-78. … Continue reading

Finding a pro-cannabis cancer doctor is getting easier every day, especially in Canada and the twenty-nine U.S. states that allow medical cannabis to treat tumors. But the larger struggle to bring cannabis oil for cancer relief to all patients still remains.