Is Your Cannabis Oil Not Working? Use This Guide To Find Out Why

From dosing to sourcing and spectrums to ratios, there are a host of factors that influence the efficacy of a particular cannabis oil.

Some say it’s a scam, others say it’s just hype. Where some experience immediate benefits after administration, others require weeks of build up. But, then there are also those who never seem to get the benefits at all. Let’s look at some of the main reasons why a particular cannabis oil is not working.

Cannabis Oil not Working? Could be the Ingredients

The plant compounds within any given extract really matter. In the emerging cannabis market, nefarious manufacturers have been known to pass a cannabis oil off as something it’s not. If you have purchased a reputable brand, then failure to respond may simply be a case of the wrong extract type. Cannabis oils come in three main forms: full-spectrum, broad-spectrum, and isolates.

An isolate is the purest form of a particular cannabinoid and is without the presence of other plant compounds. Commercially available solutions include CBN-, THCa-, THC- or CBD-isolates. To the uninitiated, targeting a specific cannabinoid may sound like a great way to relieve a certain symptom. In reality, isolates may be the reason why people don’t benefit from cannabis oil.

In a study published in the British Journal of Pharmacology and Chemotherapy (2011), a team of cannabis researchers demonstrated the potent synergies that play out, most notably between cannabinoids and terpenes.

The complementary interplay between plant compounds is now widely accepted and known as the entourage effect. Patients responding negatively to isolates may well be running into problems stemming from the lack of these important synergies.

One deficit, however, that can inhibit the medicinal effects of such cannabis oils is the absence of THC. In recent times, science has made a strong case for using THC and CBD in conjunction with one another. In a study published in the Journal of Pain and Symptom Management (2010), researchers investigated the synergies between THC and CBD. They found that a “THC:CBD extract is efficacious for relief of pain in patients with advanced cancer pain not fully relieved by strong opioids.” Further, self-reported pain relief was enhanced with the combination of THC and CBD versus either one consumed alone.

Depending on the condition in need of treatment, the addition of even small amounts of THC may improve results. 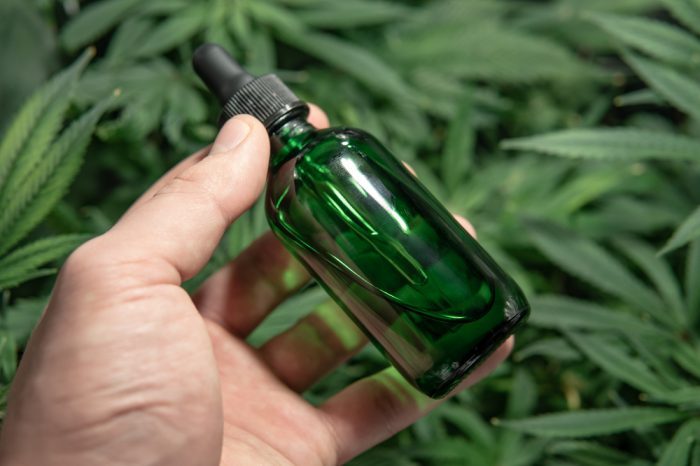 Full-spectrum extracts contain all of the compounds present in the original plant. Some of the compounds of interest to medicinal consumers are terpenes, flavonoids, and cannabinoids. As a result, full-spectrum extracts generally hold maximal medicinal benefit. The only associated downside of such extracts is that the presence of THC can be an issue for those who want to avoid any intoxicating effects.

Cannabis Oil Not Working? Could be the Dosage

One area where many new patients run into setbacks is with improper dosing. Several factors influence the effective dose, including weight, metabolism, diet, genetics, stress level, and tolerance.

When starting out, patients should always start on the low end and work up slowly to find the appropriate dose. As with any supplement or medication, the aim should be to dial in the minimum effective dose. Administration of a standard dose of cannabis oil can elicit a wide range of effects across individuals.

When a low dose doesn’t give the desired effect, many patients are all too quick to ramp up the dosage too quickly. The endocannabinoid system is a highly-tuned dynamic system that quickly reacts to changes in doses. When receptors are stimulated with high doses, these are effectively taken offline and even recycled into the cell membrane. And with less available receptors, a tolerance quickly builds.

The secret to successful dosing is to titrate up the dose slowly over time. Try and really tune into the body to understand the effects of the cannabis oil. Many patients find journalling useful as it forces them to regularly evaluate the effects and any side effects.

Cannabis Oil Not Working? Could be the Wrong Ratio

One of the most overlooked characteristics of the efficacy for any cannabis oil is the CBD:THC (ratio). Different combinations of the two most important cannabinoids found in cannabis can elicit very different effects for patients. Those who don’t respond to a particular cannabis oil may well discover that the reason rests in ratios.

The three most common issues treated with cannabis oil include anxiety, pain, and lack of sleep. Let’s take a look at the ideal ratios for each of these.

RELATED  University of Guelph Researching CBD for Dogs with Cancer

Anyone treating anxiety with cannabis oil will want to consume a high CBD/low THC cannabis oil. Particularly sensitive patients may assume that their cannabis oil is not working, only to later realize that a higher THC potency in the ratio accentuated their anxiety.

Any patients medicating for pain relief who aren’t getting relief with a particular oil may well require a cannabis oil with higher THC content. In cases of chronic pain, a one to one ratio of CBD:THC may be the perfect place to start. If that is not enough, try 1:2 and then 1:3, and so on.

When it comes to sleep, a 2:1 (CBD:THC) will often work best. Both cannabinoids interact synergistically to help improve sleep.

Cannabis Oil Not Working? Could be the Method of Consumption

Cannabis oil is generally highly bioavailable. Patients can ensure a quick onset by placing it under their tongues for direct absorption into the blood via the mucous membrane. The effects will be felt fifteen minutes later and reach maximum efficacy at one to two hours.

Cannabis oil may also absorb via the digestive tract, such as with edibles. This is where patients commonly run into issues with bioavailability. Those who find that cannabis oil is not working as expected may want to ensure they have not inhibited the digestive processes by consuming the wrong types of foods.

A study published in the European Journal of Clinical Pharmacology (2013), demonstrated that the bioavailability of cannabis compounds is greatly influenced by what the subject has eaten prior to administration. Surprisingly, researchers found that those whom absorbed the medicine faster and more effectively had eaten a high-fat meal thirty minutes prior to administration of cannabis.

The findings were consistent with both THC and CBD. Patients considered to be ‘non-responders’ may want to consume a light meal that’s high in fat before administration. 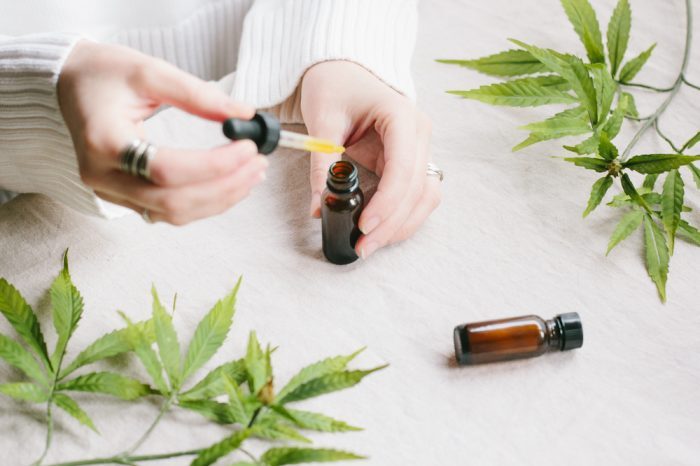 Purchase From a Reputable Source

Due to the fact that the cannabis industry isn’t yet regulated by the FDA, many nefarious individuals are attempting to take advantage. As a result, a significant percentage of the cannabis oil available is nothing more than snake oil.

RELATED  "I Think That If I Didn't Start Cannabis Oil, Cancer Would Have Me Dead Today."

A research letter published in the Journal of the American Medical Association (2017), attempted to verify the claims on the labels of eighty-four cannabidiol products. Worryingly, researchers found that only thirty-one percent of the analyzed products contained the amount of CBD advertized on the bottle

Medicating with a cannabis oil that doesn’t contain what the manufacturer promised can make it very difficult to establish why a patient is not responding. As a result, it’s always advisable to purchase from a reputable manufacturer and demand third-party analysis paperwork to verify what’s inside

When compared to vaping or smoking, many patients find that cannabis oil doesn’t work for them. But, with a little learning, patients can take full advantage of this long-lasting medicine. The key is to know how to dose correctly and purchase from a reputable source. With these two things, patients can make both their money and medicine go a little further.