Cannabis Oil Powder For Edibles That Kick At 15 Minutes

Weed powder is tasteless, odorless, and has a long shelf life. Make it as a kitchen pantry staple.

With all the talk of ketogenic diets, paleo diets, leafy green vegetables, and healthy fats, carbohydrates often get a bad rap in today’s society. But what if, rather than helping you gain unwanted pounds, those old carbohydrate ingestion pathways were the optimal route for a form of cannabis medicine? After all, every carb has a silver lining, and recent evidence suggests that the potent and fast-acting cannabis oil powder is absorbed through these very pathways.

What is Cannabis Oil Powder?

Also called weed powder, this is a fine powder devoid of flavor and odor that contains dissolved water-soluble cannabinoids. It can be added to just about anything — solid or liquid — and offers several advantages over traditional edible administration.

One such advantage is a faster onset time after consumption. This is where carbohydrates enter the equation. When you eat carbohydrates, you actually begin to digest them in your mouth via the uptake pathways. And as luck would have it, the body recognizes this form of powdered cannabis, with its water-soluble properties, as a carbohydrate, and thus piggy-backs into your system on this old highway. 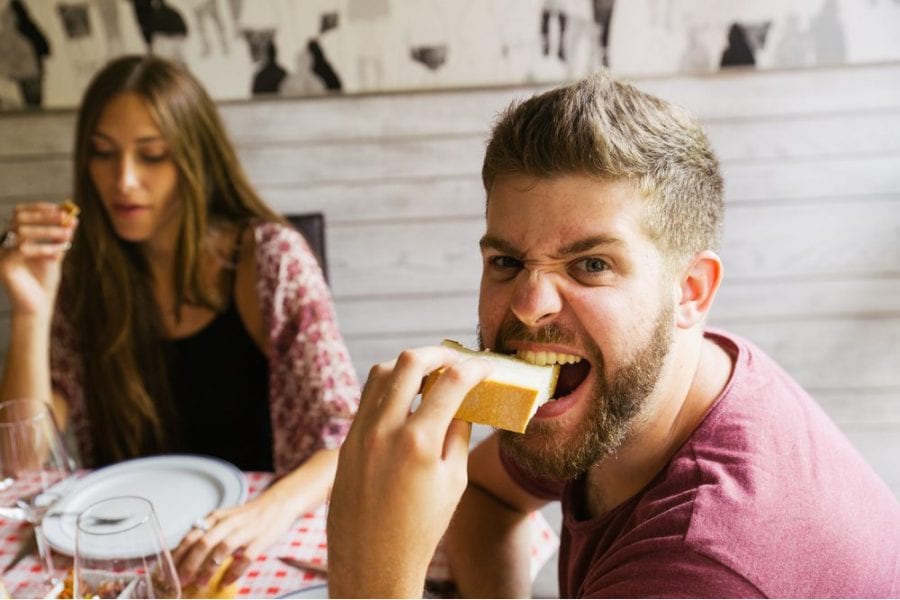 What are the Problems With Traditional Edibles?

A study carried out in 2018 noted that, due to the low oral bioavailability of cannabis, alternate methods of administration should be proposed and researched.

This low oral availability stems from the fact that cannabinoids are hydrophobic by nature. Put simply, it means these compounds don’t dissolve in water. Traditionally, edibles must be made with different types of fats or oils to provide the fat-soluble cannabinoids a pathway to activation.

Even then, these compounds still have to navigate the entire digestive system. The first stop is the stomach, then onward to the small intestine before being metabolized in the liver. It’s a long and arduous journey that takes time – perhaps an hour or more. And even then, digestive inefficiencies and differences between individuals mean that people will feel the effects differently and at varying intensities.

Cannabis oil powder negates all of this by giving cannabinoids an easier route. But to do that, we first have to overcome the hydrophobic issue of cannabinoids that refuse to mingle with water molecules.

How to Make Cannabis Oil Powder

The process is quite simple, but as with any cannabis recipe, it’s too easy to mess up an entire batch by missing one small step. Take your time. Here’s what you’ll need to do to convert ⅛ ounce of cannabis into a cannabis oil powder. Recipe adapted from Vapor Asylum (adapted from CannaDish).

Where and How Can You Use Weed Powder?

There’s no end to the ways in which cannabis oil powder can be used. Being water-soluble, the cannabinoids are fully activated and bioavailable as is. It’s tasteless and odorless, which means that it mixes well with almost anything. Sprinkle the powder on food, take it alone, or mix in with a beverage.

Once consumed, you should begin to notice the effects very quickly. While it takes an hour or more to notice the effects of traditional edibles, you’ll feel fully medicated with cannabis oil powder in as little as 20 minutes. A common starting dose is 5mg of THC, which is below the dose range of many edibles.

One common issue with edibles is that of consuming too much. Impatience often takes over if the elevated effects aren’t noticed immediately. So, it’s all too easy to consume too much. But after becoming more medicated than you meant to be, you’ll learn quickly that patience is a virtue!

In powder form, the activation process works very differently. With the quick onset time, it’s relatively easy to evaluate if you need to top up with more after 20 minutes. And with the easy access pathway, the digestion process is both less intensive and less dependent on the current backlog within your digestive tract.

Now, that’s what we call a win-win.

How To Make Your Own THC Lozenges

Pantry Basics For the Cannabis Kitchen