How Does Marinol Compare to THC?

All cannabinoids are not created equal, especially when it comes to cannabis pharmaceuticals.

What are Cannabis Pharmaceuticals?

Cannabis pharmaceuticals are drugs derived from cannabis extracts or designed in a lab to mimic the pharmacological properties of the cannabis plant. ‘Synthetic’ would be the name of the latter.

There are several cannabis pharmaceuticals on the market today with the most famous of the these being Epidiolex. It is the first-ever cannabis-derived pharmaceutical approved by the Food and Drug Administration (FDA), and made from CBD extracted from the plant. Epidiolex is now in use for the treatment of rare and intractable forms of childhood epilepsy at a cost of $32,500 a year.

Of course, Epidiolex was not the first cannabis-derived or cannabis-inspired pharmaceutical, and it surely won’t be the last. There are others already on the market. For example, Dronabinol, a synthetic that goes by the trade name Marinol. It is a cannabis pharmaceutical that is laboratory made. According to the FDA’s factsheet, “Dronabinol is a cannabinoid designated chemically as (6aR-trans)-6a,7,8,10a-tetrahydro-6,6,9- trimethyl-3-pentyl-6H-dibenzo[b,d]pyran-1-ol.” 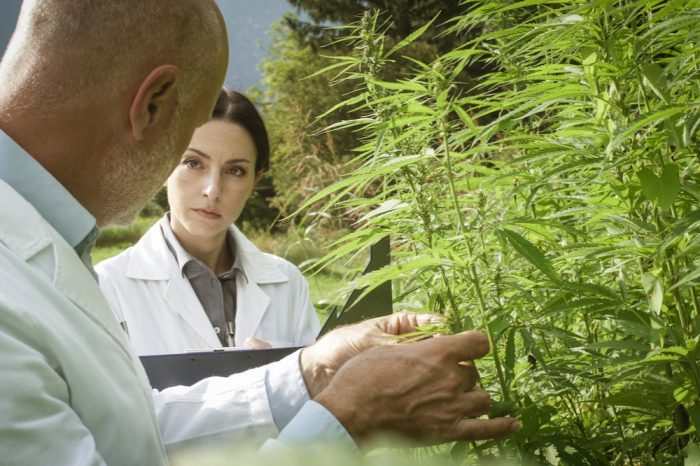 This drug comes in three different doses (2.5 mg, 5 mg, and 10 mg) and starts at roughly eleven dollars per 2.5 mg dose. Calculated off the recommended twice-daily dosing schedule, that’s over $8,000 for an annual prescription. Is that affordable healthcare?  Advocates would argue that cannabis is much cheaper, especially in states that allow home grow. But, how does the ‘real thing’ compare to cannabis pharmaceuticals?

What is the Difference Between THC and Marinol?

Let’s start with the fundamental differences ingredients. Marinol contains a long list of ingredients, most of which are synthetics: FD&C Blue No. 1 (5 mg), FD&C Red No. 40 (5 mg), FD&C Yellow No. 6 (5 mg and 10 mg), gelatin, glycerin, methylparaben, propylparaben, sesame oil, and titanium dioxide.

Cannabis has a much more organic profile and if THC isolate is the medicine of choice (against Marinol, a synthetic THC isolate) that is a single ingredient: THC.

Medical cannabis, in flower form, contains hundreds of natural compounds (cannabinoids, terpenes, flavonoids, and the like). Research published in the National Academies of Sciences, Engineering, and Medicine; Health and Medicine Division (2017) suggests that each individual component has therapeutic potential.

Marinol comes in a familiar format — as liquid capsules produced within a pharmaceutical production facility. On the flip side, cannabis starts in the ground as a seed or in rooting medium as clone. It takes up to six months to grow into a bushy plant prior to harvesting and curing. After curing, patients can consume the flower directly for smoke, vape, or decarboxylate to make edibles.

With the advancements in cannabis technology that has come with legalization, cannabis is also available in dozens of other formats. These include dose-metered inhalers, oils, tincture, salves, powder, and so many more. Cannabis is an extremely versatile.

Does Marinol Cause Intoxication?

The big question about Marinol is always, “does it make you high?” Logically thinking, you’d assume Marinol causes intoxication because it mimics CB-receptor activity of THC, an intoxicant in cannabis. This assumption is correct. Even according to the clinical trials, Marinol may trigger “a cannabinoid dose-related ‘high’ (easy laughing, elation and heightened awareness).” 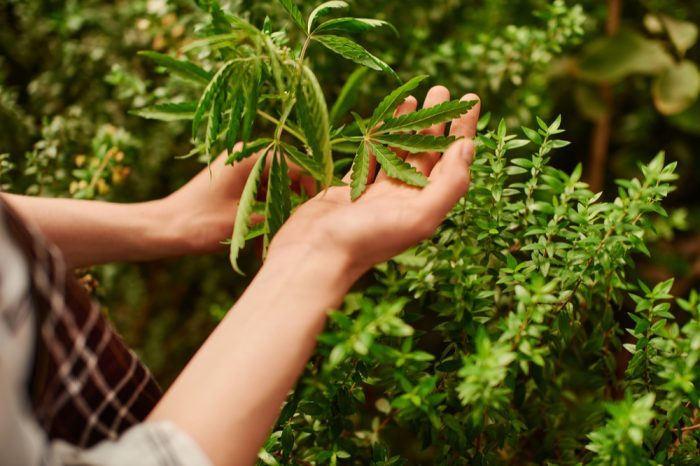 Cost for Cannabis vs Marinol

As already detailed, Marinol may cost over $8,000 annually, and that’s just for the lowest possible daily dose. How much would it cost a patient if they consumed cannabis instead?

It’s a little more challenging to get hard numbers on the average cost of a year’s supply of medical cannabis. But we can if we make some assumptions. Let’s assume you aren’t growing at home, nor are you buying through friends (both will reduce the costs). Instead, you are purchasing commercially and not in bulk. For simplicity’s sake, we are also sticking with whole flower prices and won’t get into other products.

RELATED  The Pharmaceuticals Were Not Working for my Tics

The average price per gram of cannabis flower is $10, and a very rough prescription for the average patient is around one gram per day. That means you’ll spend $3650 for an annual supply of medical cannabis. That’s at least 2.5 times cheaper than any cannabis pharmaceuticals available through the pharmacy. So, lots of wiggle room if you need a higher dose per day.

The Benefits and Side Effects of THC and Marinol

Side effects between the two are very similar. The most common side effects of Marinol are as follows:

Some of these will sound very familiar to the medical cannabis patient. Since consumption of THC can sometimes trigger these very same side effects. At least when it comes to cannabis, these adverse reactions are typically mild in nature, rare in occurrence, and do not last as long.

The FDA has approved Marinol for two very specific medical conditions: AIDS-related anorexia and nausea and vomiting as a result of chemotherapy. Cannabis is not only a useful alternative for this, it is also undergoing research for a host of other medical conditions. These include: anxiety, depression, PTSD, inflammatory diseases, multiple sclerosis, Parkinson’s, fibromyalgia, epilepsy, cancer, chronic pain, and many more. This means that it is likely that whole plant cannabis is treating many conditions at the same time. 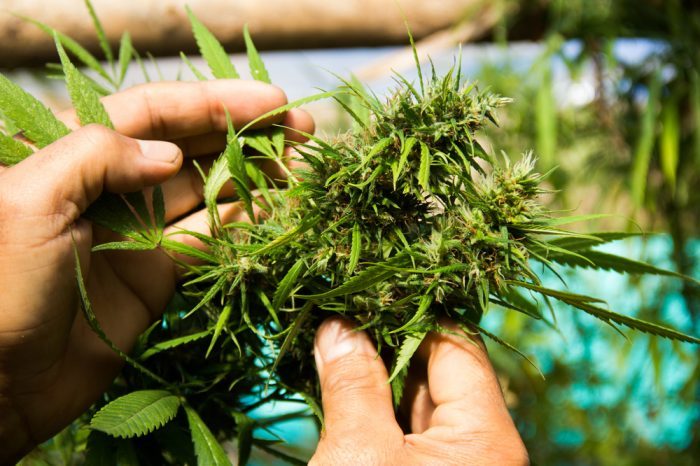 Perhaps it’s best to ask patients what they prefer between the two: cannabis or a cannabis pharmaceuticals?

In 2014, researchers explored this question as part of Therapeutic Benefits of Cannabis: A Patient Survey. The authors discovered, “Because inhaled cannabis is rapid, reliable, and titratable, most patients strongly prefer inhaled cannabis over Marinol capsules.”

Furthermore, because of the erratic bioavailability of Marinol, patients find it “ineffectually weak or overpoweringly strong.” While the same holds for cannabis edibles (which are also digested), at least with cannabis there are a hundred other methods of consumption.

Let’s leave the final thought to Lester Grinspoon, M.D., an associate professor emeritus of psychiatry at Harvard Medical School. In his opinion, as expressed to Mother Jones, “I have yet to have a patient, or to hear from a patient, who thinks Marinol is as good as whole smoked herbal marijuana.”